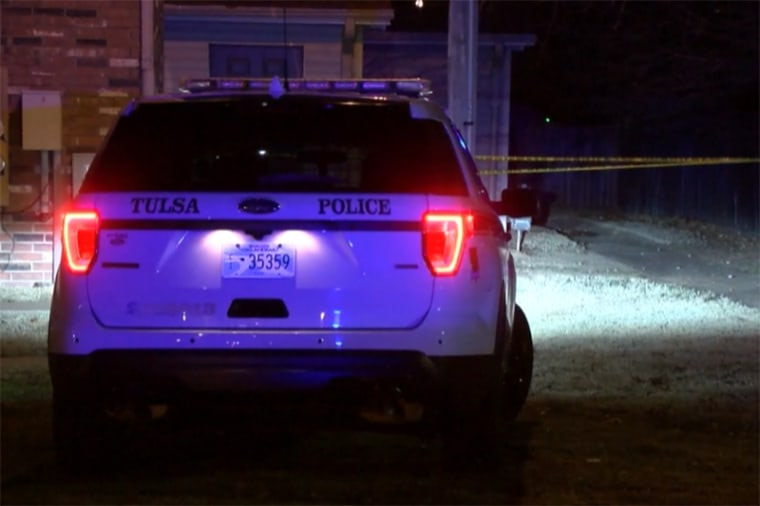 A 12-year-old girl was in custody at a juvenile facility after she fatally stabbed her 9-year-old brother, police said.

The stabbing was reported just before midnight on Thursday at a residence in the St. Thomas Square community south of downtown Tulsa, Oklahoma, Tulsa police said in a statement released Friday.

“Officers learned the children’s parent was upstairs asleep when the 12-year-old daughter woke the parent up and said that she had stabbed her 9-year-old brother,” the Tulsa Police Department said.

City firefighters and emergency medical technicians from a contract ambulance service administered CPR before the boy was rushed to a hospital, the department said.

He underwent surgery before succumbing to his injuries about 2:30 a.m. Saturday, police said.

The girl was taken into custody at Tulsa’s Family Center for Juvenile Justice and remained there at least through Friday, according to police statements. The allegations underlying her detention were not available, and motive in the alleged attack has not been revealed.

It wasn’t clear if the child, whose name was being withhold because of her age, has obtained counsel for the case. Tulsa County Public Defenders Juvenile Division did not immediately respond to a request for comment.

Under Oklahoma law, she may be held for five work days pending filing of a petition that outlines potential allegations.

Children 12 and younger are prohibited from being held, but state law makes exceptions in cases of egregious, felony-equivalent allegations where the child may be a risk to the community or themself.

Oklahoma law draws the line at age 13 in allowing a child that age or older to be prosecuted as an adult for felony allegations of murder.

The Tulsa Police Department’s Child Crisis Unit was handling the investigation into the case.

French startup Sorare has signed a four-year licensing partnership with the Premier...
27 mins ago