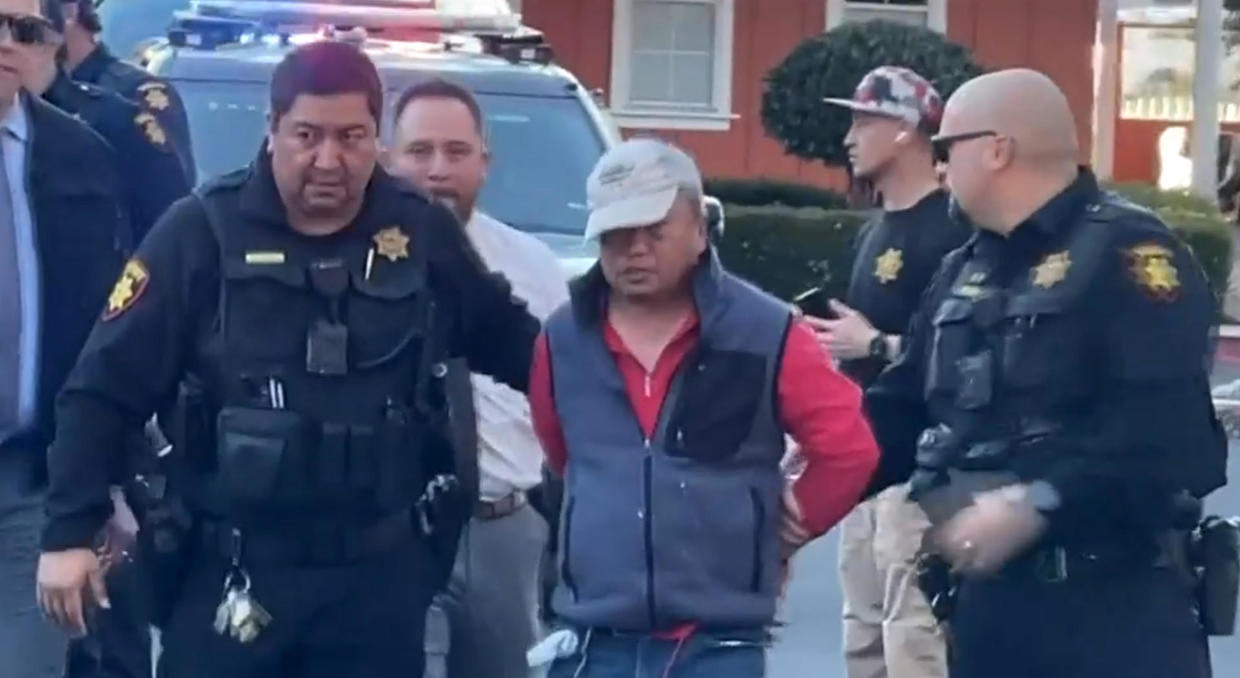 7 killed in shootings in Half Moon Bay, suspect in custody

Seven people were killed and another victim was seriously wounded in shootings at two locations in the city of Half Moon Bay, California, officials said Monday night. The suspect is in custody, the San Mateo Sheriff’s Office said.

Police responded to a call of a shooting with multiple victims at around 2:20 p.m. local time. When officers arrived at the Magic Mushroom Farm on San Mateo Road/Highway 92, they found four deceased victims with gunshot wounds. A fifth person who had also been shot suffered life-threatening injuries and was taken to Stanford University Medical Center, where they were in critical condition as of Sunday night, San Mateo County Sheriff Christina Corpus said at a Monday night news conference.

The suspect was identified as Zhao Chunli, 67, of Half Moon Bay, police said. He was taken into custody without incident after he was located in his vehicle in the parking lot of the sheriff’s substation, and a semi-automatic handgun was found in his vehicle, police said. Corpus said that police assume the suspect was there to turn himself in, but they had not yet confirmed that.

The motive for the shootings is not currently known. Police said the suspect acted alone and is believed to be a worker at one of the locations. The victims have not been publicly identified, but Corpus said they are “believed to be workers” at the two locations.

The shooting comes after the weekend’s deadly mass shooting in Monterey Park, in Southern California, that left at least 11 people dead.

“Gun violence has come to our district today and I will do whatever I can to support the San Mateo County Sheriff’s Department and Half Moon Bay city officials during this tragic event,” Josh Becker, a state representative from the area, wrote on Twitter. “We will continue to monitor this situation. My thoughts go out to all affected.”

California Gov. Gavin Newsom tweeted,”At the hospital meeting with victims of a mass shooting when I get pulled away to be briefed about another shooting. This time in Half Moon Bay.”

6:03 AM ETAssociated PressRory McIlroy overcame a final-round charge from Patrick Reed...
34 mins ago