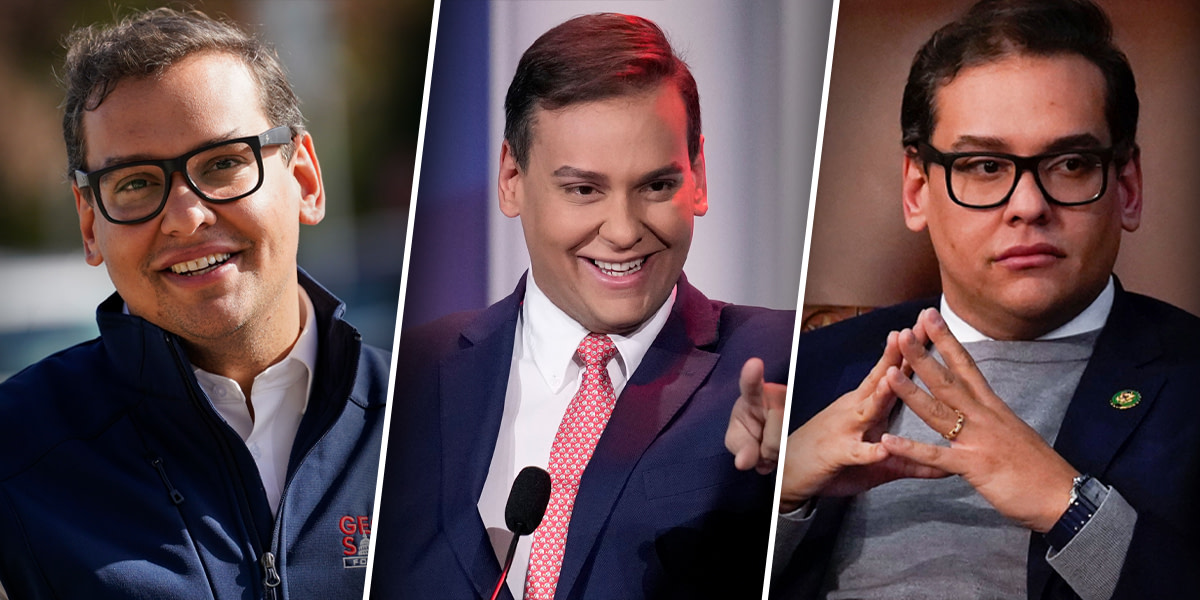 A timeline of Rep. George Santos’ fabrications and controversy

WASHINGTON — An accusation that Rep. George Santos scammed $3,000 from a GoFundMe campaign for a disabled veteran’s dying service dog and new immigration documents showing his mother was not in New York on 9/11 as he’d claimed are just the latest developments embroiling him in scandal.

Santos, R-N.Y., has become a household name because of the controversy surrounding his short time in office so far. He has admitted he embellished his résumé — from where he attended college and his professional background to his “Jew-ish” heritage — but says that he has not committed any crimes and that he has no plans to step down. Even so, calls for Santos’ resignation have grown within his own party, and he is the subject of federal, state, local and international investigations.

NBC News has repeatedly contacted Santos’ team with requests for comment about his lies and other allegations against him.

Here is a timeline mapping out the controversy:

Jan. 6, 2021: Santos speaks at President Donald Trump’s rally in Washington, D.C., which precedes the attack on the U.S. Capitol, claiming his own election was stolen. He later says in an interview that Trump was at his “full awesomeness that day” but that he did not go on Capitol grounds on Jan. 6.

June 10, 2021: Santos announces his second campaign for Congress, running to represent New York’s 3rd Congressional District. His campaign website biography includes that he graduated from Baruch College and was employed as an associate asset manager at Citigroup and at Goldman Sachs.

Sept. 6, 2022: Santos files his personal financial disclosure report, claiming his assets are as much as $11 million. The massive increase in net worth since his 2020 campaign leads The North Shore Leader, a newspaper on Long Island, to raise questions about his finances.

Nov. 8, 2022: Santos wins his second bid for Congress in a contest that made LGBTQ political history, marking the first time two openly gay congressional candidates had gone head to head in a general election.

Nov. 19, 2022: Santos addresses the Republican Jewish Coalition summit, saying his election means that “now there will be three” Jewish Republican members of Congress. Among other references to Judaism in his 2022 congressional campaign, Santos had distributed a position paper claiming to be “a proud American Jew.”

Nov. 21, 2022: In an interview with WNYC, Santos says he “lost four employees” in the Pulse nightclub shooting in Orlando, Florida, in 2016. The New York Times later reported that none of the 49 victims appear to have worked at the various firms named in his biography.

Dec. 19, 2022: The New York Times publishes its bombshell investigation, reporting that Santos lied about his résumé. Joseph Murray, Santos’ lawyer, dismisses the story in a statement, saying Santos was being smeared by “enemies” at the paper, and calls the allegations “defamatory,” without addressing specific claims in The Times’ reporting.

Dec. 21, 2022: The Forward reports that Santos’ grandparents did not flee the Holocaust, even though his campaign website claimed at the time that “George’s grandparents fled Jewish persecution in Ukraine, settled in Belgium, and again fled persecution during WWII.” The report also questions his alleged Jewish ancestry. The Republican Jewish Coalition says it contacted Santos’ team in response to the story, saying, “These allegations, if true, are deeply troubling.”

In another Dec. 26 interview with the New York Post, Santos acknowledges some of the specific fabrications in his résumé. He says he did not graduate from Baruch College or any other institution of higher learning. He says his claims that he worked for Citigroup and Goldman Sachs were “a poor choice of words.” And when asked about his claims that his grandparents survived the Holocaust, Santos says: “I never claimed to be Jewish. I am Catholic. Because I learned my maternal family had a Jewish background, I said I was ‘Jew-ish.’”

Dec. 28, 2022: The Nassau County district attorney opens an investigation into Santos, saying in a statement: “The numerous fabrications and inconsistencies associated with Congressman-Elect Santos are nothing short of stunning. … No one is above the law and if a crime was committed in this county, we will prosecute it.”

Also on Dec. 28, Santos appears on Fox News, telling host Tulsi Gabbard, a former House member: “I’m not a fraud. I’m not a fake. I’ve made some mistakes,” adding that “it’s not false” that he worked at Goldman Sachs and Citigroup.

Jan. 2, 2023: The New York Times reports that “Brazilian law enforcement authorities intend to revive fraud charges against” Santos in connection with an incident in 2008 relating to a stolen checkbook, citing a spokeswoman for the Rio de Janeiro prosecutor’s office. NBC News has not independently verified the plans.

Jan. 9, 2023: The Campaign Legal Center files a complaint with the Federal Election Commission accusing the Santos campaign of using campaign funds to pay personal expenses and concealing the origins of a $705,000 loan Santos made to his campaign.

Jan. 11, 2023: Nassau County, New York, Republican officials hold a news conference calling for Santos to resign, in which county GOP Chairman Joe Cairo also notes that Santos said not only that he went to Baruch College, but also that he was a “star” on the volleyball team. Four House Republicans follow soon after with their own calls for Santos to resign. Santos rebuffs them, telling reporters, “I will not resign.” He also tweets, “I will NOT resign!”

Jan. 17, 2023: Santos is awarded seats on two committees after some Republicans and many Democrats warned that seating him on major committees could lead to a national security risk. He is named to the Small Business Committee and the Science, Space, and Technology Committee.

Jan. 18, 2023: NBC News and other outlets obtain immigration records showing that Santos’ mother was not in the U.S. on Sept. 11, 2001, after he had claimed that she was in the South Tower of the World Trade Center and survived the 9/11 attacks.

Also on Jan. 18, a disabled veteran accuses Santos of having taken thousands of dollars raised on GoFundMe for his service dog to have lifesaving surgery. Santos responds on Twitter: “Reports that I would let a dog die is shocking & insane.”

Jan. 19, 2023: Santos says any claims that he performed as a drag queen are “categorically false” after a Brazilian drag performer shared on social media an image of herself and another person in drag, whom she identified as Santos. NBC News has not independently verified the images.

PrevPreviousNetflix Founder And Co-CEO Is Stepping Into A New Role
NextThe only woman on South Carolina’s top court is retiring, likely leaving an all-male benchNext
Back to Feed

CNN  —  A powerful blast inside a mosque in Pakistan’s northwestern city...
44 mins ago