DAVOS, Switzerland — For the American abroad, the signals are unmistakable — and dissonant.

The world is bullish on America and American power.

You read that right. This is the same world that looks on with glee or horror at the carnivalesque, occasionally violent politics on Capitol Hill. The same one that barely a year ago dismissed an America defeated in Afghanistan as a has-been and hailed the rise of a new authoritarian age led by China, with an assist from Vladimir Putin’s confident Russia.

Now some caveats. By the world, we’re referring to C-suite and political mastodons, and their assorted retinues, who spend $1,000 a night on a tiny bed in a drab two-star hotel to slosh around the icy streets of this Alpine town for a week of the World Economic Forum: the so-called Davos Man (and Woman). By bullish, we don’t mean unconditionally in love with America — when has that ever been the case? — but recognizing, sometimes begrudgingly, its deep strengths and appeal. And doing so in ways that were unimaginable recently and jarring to anyone marinated in the daily cycle of American news.

To be clear, we’re not in the “unipolar moment” of the early 1990s or the era of hyperpuissance — hyperpower, as a former French foreign minister called the U.S. at the close of the century, in what was not intended as a compliment. Nor does this moment resemble the Pax Americana of the neoconservatives of the George W. Bush years.

There’s, in addition, a giant caveat, most loudly voiced by the Europeans: This new American-led age could differ in one crucial and to them dangerous aspect from past ages in its tepid view of globalization and liberal world order, and that makes them very anxious.

But first, listen to the positives that Davos Man sees in America today — starting with its recently well-deployed hard power.

President Joe Biden probably won’t dwell on the irony of the gratitude for American leadership on Ukraine. Only months before Vladimir Putin ordered his troops to take Kyiv, Biden ordered his out of Kabul, ceding a 20-year war to the Taliban and infuriating his allies. Soon after, one European diplomat in Washington could memorably dismiss Biden’s brainy and inexperienced foreign policy team thusly: “They’ve never had sex, but they’ve read all the books about it.” The perception of a superpower in decline seemed to confirm Putin’s belief the U.S. lacked the stomach or muscle to stand in his way in Ukraine.

By many lights, the sole winner of the Russian war on Ukraine so far is the U.S. Accounting for nearly half the world’s military capability, the U.S. has reminded friends and adversaries of its superiority. Iraq and Afghanistan — that’s a bad but fading memory. Armed and aided by Washington, the Ukrainians have not just withstood the assault but destroyed a large chunk of the Russian military. Washington also gets points for its diplomacy. Even the French, usually eager to knock the U.S. down, sound complimentary.

“The U.S. has taken the lead convincingly and quite deftly on Ukraine,” François Heisbourg, the veteran and often critical French observer of American foreign policy in action, told me. Referring to the same advisers who were dismissed as callow incompetents in Afghanistan, he said, “Most of them are adults. They are potty trained. This [kind of U.S. response] hasn’t happened in over 20 years,” since the Clinton administration’s intervention in the Balkans. “We’re back to a world that people my age recognize,” added Heisbourg, who’s in his early 70s.

Another source of American power? Chinese weakness. As Putin’s military got shredded on the battlefield, Xi Jinping mismanaged the Covid response and cemented one-man rule at his party congress in ways that spooked neighbors and investors. Add an aging population and slowing growth, and — at least by the new Davos Consensus — we’ve passed “Peak China” and are headed the other way. This doesn’t mean China won’t be a danger; its frailties could make Xi less predictable and more dangerous. But the idea once dominant here that China would soon succeed the U.S. as the world’s leading power sounds ridiculous to Davos ears — as much as the claims about Japanese supremacy in 1980s did a few years after they were made.

Bearishness on China and on Europe’s prospects adds to America’s appeal, in particular, for business elites. Here’s a typical sentiment: “The U.S., in almost any sector, is the most attractive market, not just in terms of size but innovation,” Vas Narasimhan, who runs the Swiss drug maker Novartis, the world’s fourth-biggest pharmaceutical company with a large presence in Massachusetts, told me. As the world worries about possible recession, another part of the new consensus is that the U.S. would weather it best.

This upbeat view on the U.S. isn’t intended to warm patriotic or partisan fires. For one thing, the Davos Consensus is often wrong; not so long ago, this crowd was long on crypto and short on the U.S.

It’s also worth listening to the anxieties. They’re as revealing as the bullishness — about America and the state of the world.

In the wake of the Trump era, everyone feels free to doubt the stability of the American system, even if the midterms sent a reassuring message of back-to-normalcy. Most global companies and players know the policy paralysis and political polarization firsthand. And yet: As often as an executive will bemoan that members of Congress care more about Fox/MSNBC bookings than grappling with complex legislation, in this same breath, they’ll mention a constitutional order going back 250 years and traditions of rule of law hard to find in many other places. Until proven otherwise, probably by its own hand, democracy in America is one of the safer bets in the world, they say.

The new anxiety: America’s back on the world stage, but what kind of America?

On multilateralism, through NATO or the U.N., and on security in Europe, the Biden administration harkens back to another century — not to the Obama era, which began the distancing from traditional allies (who recoiled over the “pivot to Asia” and the “red line” in Syria that wasn’t) that Trump continued. But its approach to trade, to an industrial policy that prioritizes “reshoring” and “buy American,” to many Davos eyes, resembles Trump more than any other recent president.

This continuity is what makes Europeans sound conflicted on the U.S. The Inflation Reduction Act, which will push billions in subsidies to American industry, and a CHIPS Act that seeks to repatriate the production of semiconductors, prompted dismay in Europe. As does the Biden Administration’s indifference to the World Trade Organization. Joe Manchin, the principal author of the IRA legislation, felt the backlash firsthand in Davos, as my colleagues Alex Ward and Suzanne Lynch reported Thursday.

“The hope about the Biden administration was that it would be less inwardly looking than outward looking,” Cecilia Malmstrom, a Swedish politician who ran EU trade policy in the last decade, told a small lunch gathering in Davos. A European leader, who was speaking on background in another private meeting, put it more bluntly: “The U.S. undermines globalization, the other pillar of U.S. leadership. This could be the biggest strategic mistake in global relations for a long time.” To them, this approach is a rebuke of America’s commitment to a global order built on open trade and democratic values – what was known at one point as the Washington Consensus, which, as opposed to any fleeting one reached in Davos, held for decades.

If America will be both strong again and more willing to go alone, “this is a big thing!” said France’s Heisbourg. “This is very unlike the America of the past. It looks like this will be a century of disorder, and that’s pretty scary.”

Unlike the free-spirit days of the 1960s, when the proverbial revolutionaries on...
1 hour ago 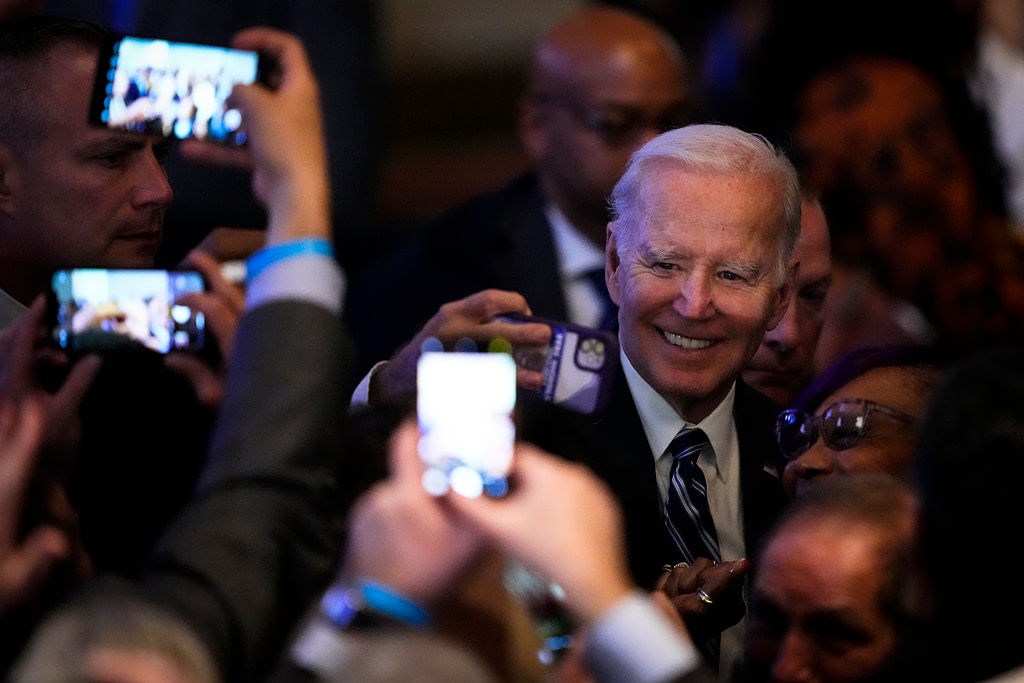 Flexing his wins and eyeing a 2nd term, Biden will lay out contrasts with GOP in State of the Union

President Joe Biden is planning to use his second State of the...
1 hour ago 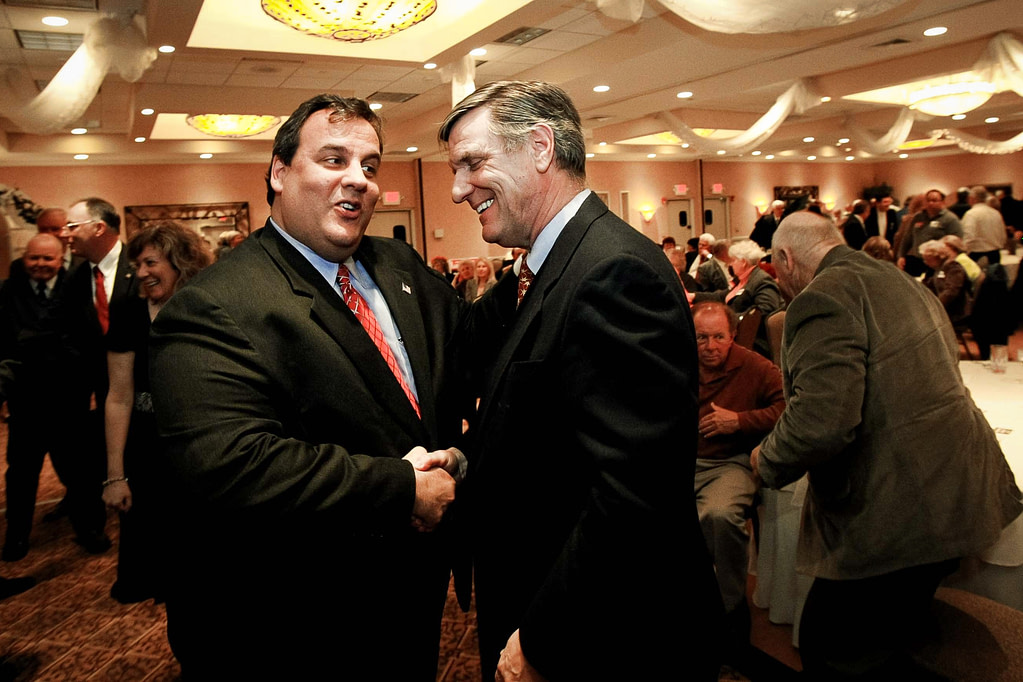 George Gilmore is poised to have a huge influence on who Republicans...
1 hour ago
Load More