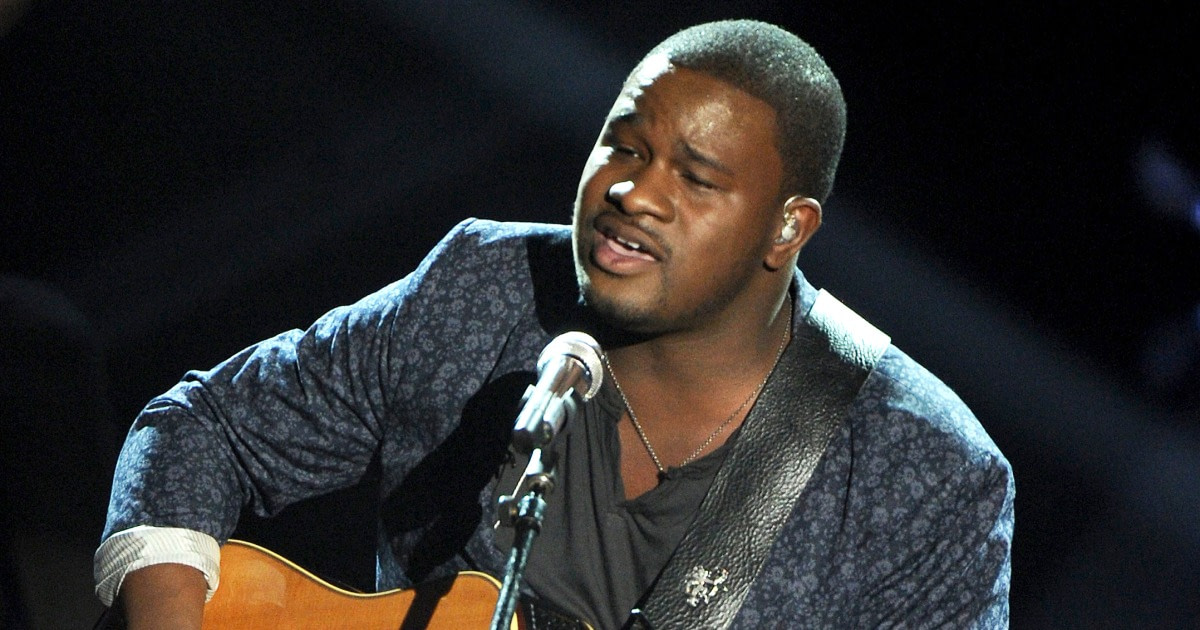 C.J. Harris, the former American Idol contestant whose soulful voice wowed the judges and whose sweet demeanor won him legions of fans, has died of an apparent heart attack. He was 31 years old.

Harris was in cardiac arrest when he was rushed on Sunday to a hospital in his hometown of Jasper, Alabama, where he was pronounced dead at 8:53 p.m., Danielle Calloway, deputy coroner at the Walker County Coroner’s office, told NBC News.

“C.J. Harris was an incredible talent, and the news of his passing deeply saddens us,” a statement posted on American Idol’s official Instagram page read. “He will truly be missed.”

Harris told The Hollywood Reporter in a 2014 interview that his mother was his first musical influence.

“I was six years old and my mom was in prison,” Harris recalled. “She would sing to me over the phone and tears would just flow out of my eyes.”

Later, Harris taught himself how to play the broken guitar he got from his grandfather.

“He had one in the shed and it had three strings on it,” Harris said in the same interview. “He said I didn’t need to buy a whole new set of strings. So I would tune it in a way that when I strummed it, it sounded like it’s in a key of whatever.”

Harris first auditioned for American Idol in 2010 and also tried and failed to win a spot on Fox’s The X-Factor and and NBC’s The Voice. It wasn’t until 2014 that Harris made his musical mark when he placed sixth in American Idol’s 13th season.

At his audition in Salt Lake City, Harris performed the Allman Brothers Band’s song “Soulshine” before then-judges Jennifer Lopez, Keith Urban and Harry Connick Jr. He dedicated the performance to his dad, who had recently died.

“You sing because you have to sing, not because you want to sing,” Urban told Harris. “And I mean that in the deepest way… That’s why it’s so believable and real.”

Harris then became a contender for the top prize with performances of “Can’t You See” by The Marshall Tucker Band and “If It Hadn’t Been for Love” by The SteelDrivers.

Following his time on “American Idol,” Harris performed on the series’ live tour and later got to share the stage with one of his idols, former “Hootie & the Blowfish” singer Darius Rucker, at the Grand Ole Opry in 2014.

Then, in 2019, Harris released his debut single, “In Love.” And on New Years Day, Harris posted on his official Facebook page, “New music coming soon!”

PrevPreviousFor California, weeks of deadly storms are finally set to wane after Monday
NextStranded on an Alaskan Highway, a Stranger Saves the DayNext
Back to Feed

CNN  —  The deep-pocketed network associated with billionaire Charles Koch is preparing...
50 mins ago

A version of this story first appeared in CNN Business’ Before the...
57 mins ago