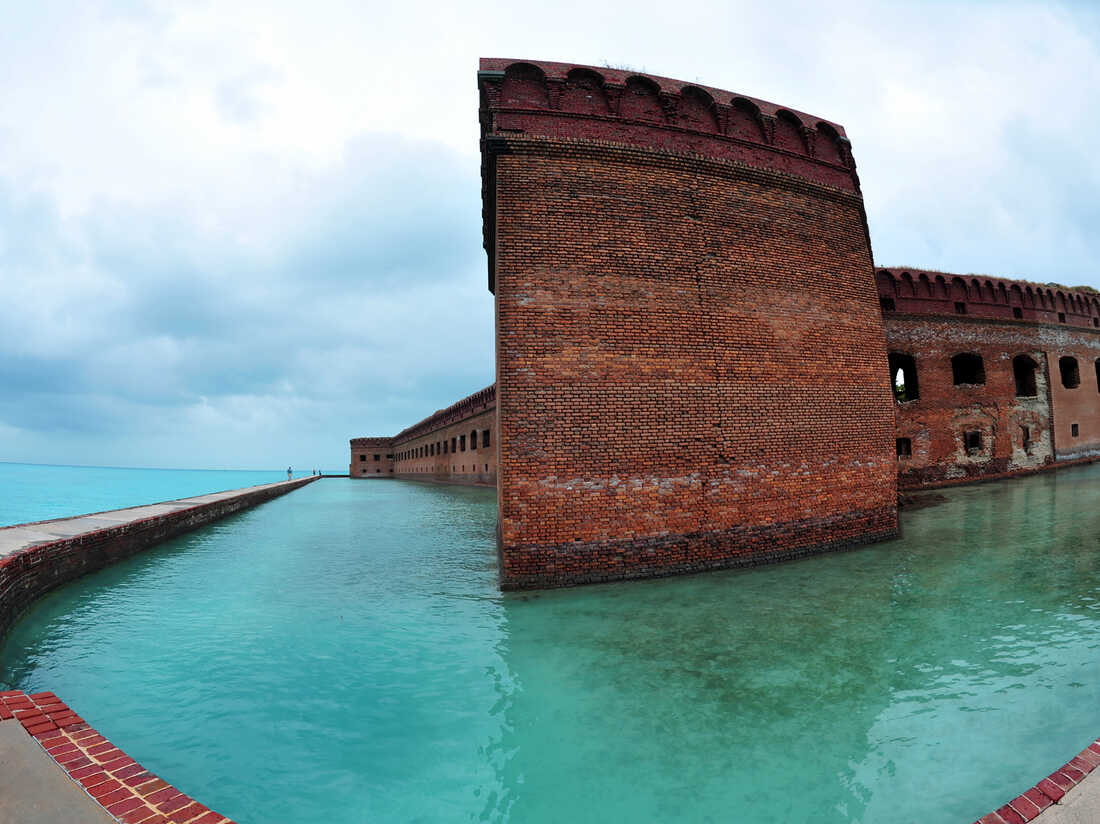 Over the holiday weekend, hundreds of migrants landed in Dry Tortugas National Park, about 70 miles west of Key West, Fla., in the Gulf of Mexico. Tourists walk along the sea wall surrounding Fort Jefferson in the park in February 2016.

The U.S. National Park Service has closed Dry Tortugas National Park in the Florida Keys after hundreds of migrants arrived on the islands over the New Year’s weekend.

The NPS temporarily closed the park to public access on Monday morning after an estimated 300 migrants landed in the park, according to a news release. It said the park has seen an increase in people arriving by boat from Cuba.

“The closure, which is expected to last several days, is necessary for the safety of visitors and staff because of the resources and space needed to attend to the migrants,” the NPS said.

First responders at the park are providing food, water and basic medical needs until the Department of Homeland Security arrives, the statement noted. Concession-operated ferry and sea plane services are temporarily suspended.

About 70 miles west of Key West, Fla., the 100-square mile park consists of seven small islands accessible only be boat or seaplane. It is about 100 miles north of Havana, Cuba’s capital.

As Cuba experiences its worst economic downturn in decades, Cubans are coming to the U.S. in record numbers. U.S. authorities recorded more than 220,000 Cubans at the U.S. southwest border in fiscal year 2022, a nearly 500% increase from the same period in 2021. Experts call it the largest exodus from Cuba in history.

More than 160 refugees had landed mostly in the Middle and Upper Keys in addition to the 300 people in the Dry Tortugas, the Monroe County Sheriff’s Office said in a statement on Monday. Sheriff Rick Ramsay called it a “humanitarian crisis” created by “federal failure.”

“This shows a lack of a working plan by the federal government to deal with a mass migration issue that was foreseeable,” Ramsay said.

PrevPreviousNJPW’s Wrestle Kingdom 17 Start Time, How To Watch, And Match Card
NextDestiny 2 Season Of The Seraph: Seasonal Challenges Guide Week 5Next
Back to Feed