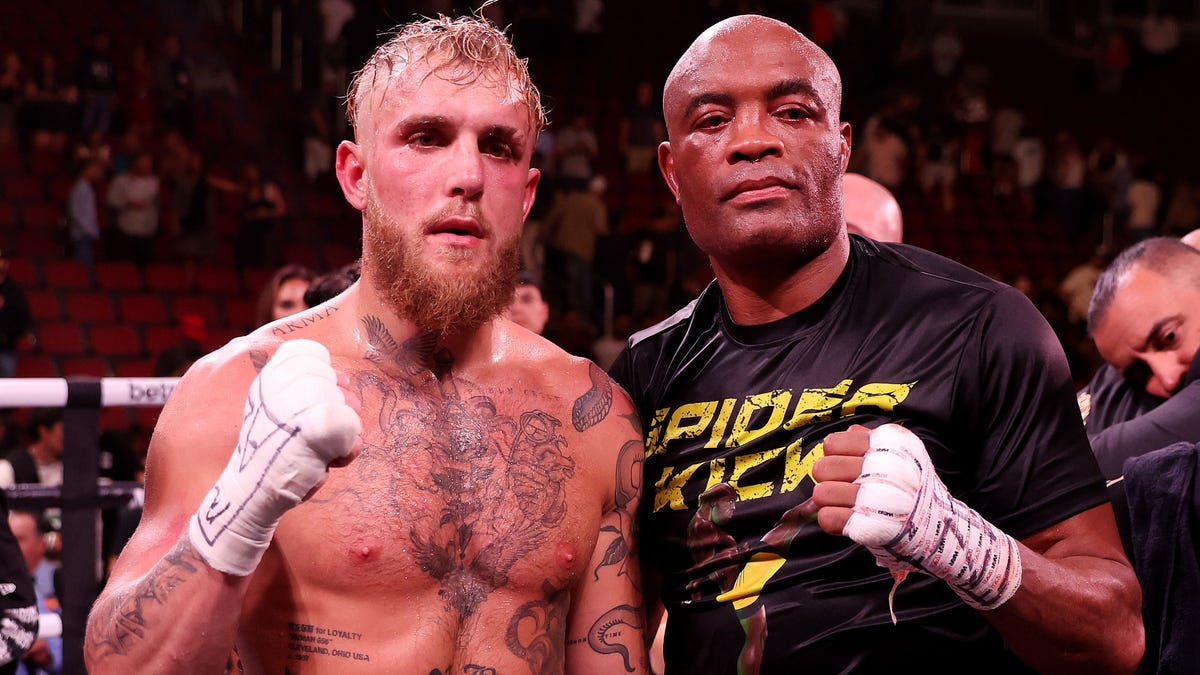 Anderson Silva says he did not dive against Jake Paul, lost fairly: ‘The people don’t give credit to Jake’

When YouTuber-turned-boxer Jake Paul defeated UFC legend Anderson Silva by unanimous decision in October, many were quick to call the fight rigged.

En route to Paul’s win, he knocked down Silva in the eighth round of the bout, but there were plenty who thought it wasn’t legit.

Boxing fanatics felt that Silva took a dive to help Paul and grow his already insane popularity, but Silva says he lost fair and square.

“The people don’t give credit to Jake,” Silva said to TMZ Sports. “Jake is a very young guy, he’s very determined and training hard every day.”

“I didn’t have the strategy correct, and I lost the fight, and that’s amazing, because I continue to learn, continue to accept the new technique with my coach, and that’s great,” the 47-year-old said.

Silva also added words of encouragement to the Problem Child.

“Jake, continue to do your job, bro. You’re doing amazing. I love you!”

Silva added he’d be open to a rematch with Paul down the road, but Paul is now reportedly set on finally battling Tommy Fury.

Jake Paul, left, and Anderson Silva pose for photos during a news conference Monday, Sept. 12, 2022, in Los Angeles. The two are scheduled to fight at a catchweight of 187 pounds on Oct. 29 in Phoenix.
(AP Photo/Ashley Landis)

After two postponements, the two will face off on Feb. 25.

1:46 PM ETSan Francisco 49ers running back Elijah Mitchell is inactive for...
57 mins ago