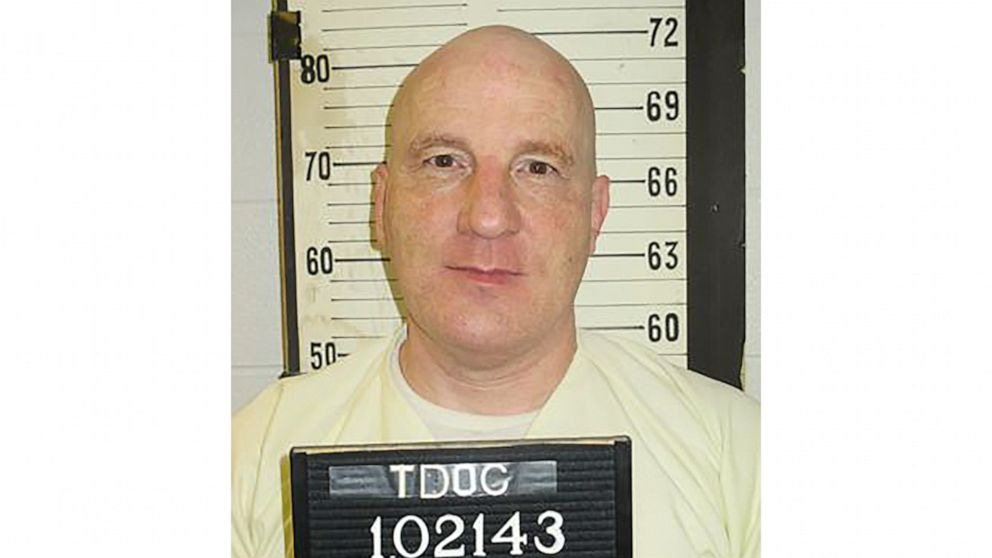 NASHVILLE, Tenn. — The Associated Press has filed a motion seeking to protect public access to records detailing the treatment of a Tennessee death row inmate who cut off his penis while on suicide watch.

Henry Hodges has accused the state of cruel and unusual punishment for keeping him tied down with restraints on a thin vinyl mattress over a concrete slab after his return from the hospital, where surgeons reattached his penis. He was immobilized — at one point for six hours straight — despite discharge orders from Vanderbilt University Medical Center that he avoid sitting for more than two hours at a time, according to court filings, which don’t mention whether that also includes lying down.

Hodges ended up having to return to the hospital to have his penis surgically removed after necrosis set in, according to filings. The state maintains that Hodges was not mistreated and that he has received appropriate care.

Attorneys for the state are seeking a protective order to prevent the public disclosure of records that include any video of Hodges taken inside the prison. That includes footage from the cell where Hodges severed his penis with a razor and the cell where he was held in restraints after discharge.

“The disclosure of any such photographs, videos, or other recordings could pose a severe security risk to both inmates and staff,” according to an affidavit by Ernest Lewis, the associate warden of security at the Riverbend Maximum Security Institute. Specifically, the recordings might show the interior layout of the prison, including windows and doors, Lewis said.

Hodges opposes the protective order. In a court filing Wednesday, his attorneys claim the state’s motion is an attempt to “hide their bad behavior from the public.” The document describes one episode in graphic detail.

“These videos depict Mr. Hodges in 4-point restraints, laying in an obviously painful spread eagle position with nothing but a black cloth thrown over the middle of his body,” according to the objection filed by Kelly Henry, an assistant federal public defender. “In the video, Mr. Hodges is left to defecate on himself and lie in his own feces instead of being offered an opportunity to go to the toilet.”

“The overwhelmingly horrific nature of these videos is the exact reason why Defendants want to hide them from the public under a protective order,” the objection reads.

It includes a declaration from Ben Leonard, an investigator with the federal public defender’s office. Leonard states that much of what the state seeks to protect, such as the layout of the prison or location of security cameras, is already public on the Tennessee Department of Correction’s own YouTube channel.

The AP on Thursday filed a motion to intervene in the case to protect public access to the records that document Hodges’ treatment. The AP wants the court to consider its motion at a Monday hearing, which Hodges supports but the state opposes.

The state cannot simply claim a broad security risk, but must show that specific harms would come from disclosing the records, Paul McAdoo, an attorney with the Reporters Committee for Freedom of the Press who is representing the AP, wrote to the court. The fact that the defendants are public officials and that the case is of public interest also weigh against granting a protective order, according to the memorandum.