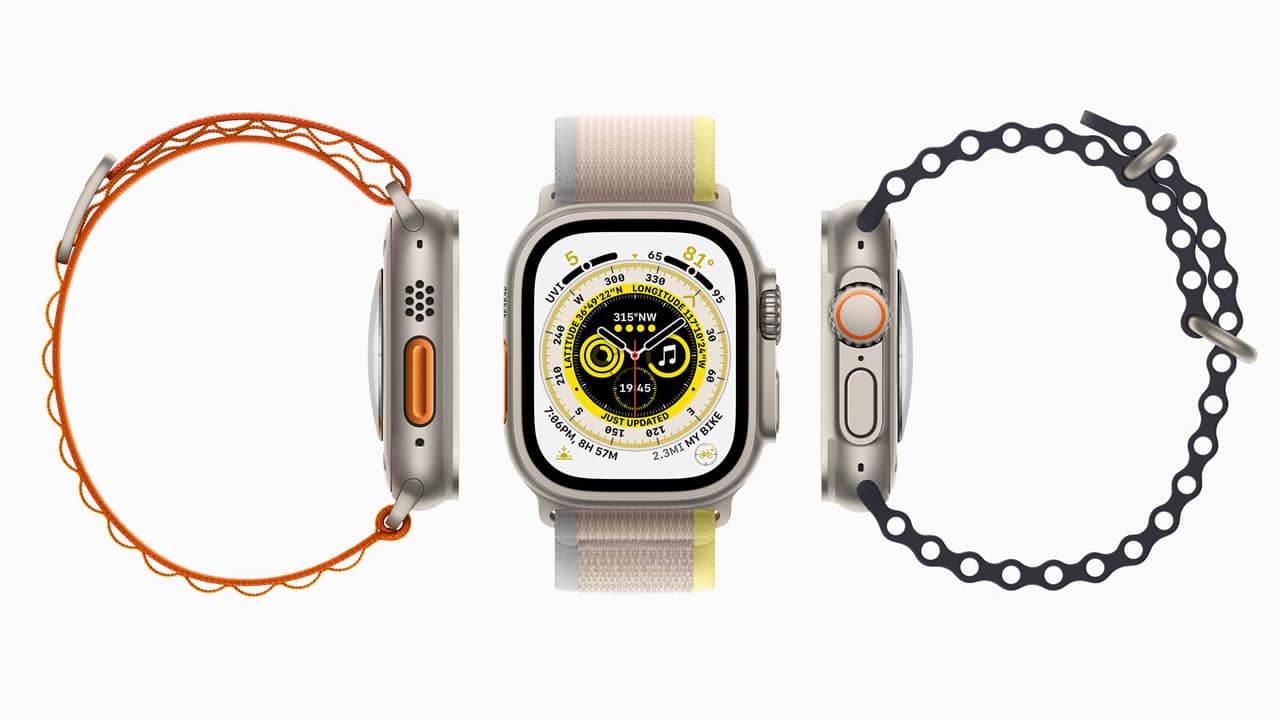 Apple Watch Ultra launches today. What you need to know about the most powerful Apple Watch ever

Top products in this article

This is the first time that Apple has released a premium or pro model in its smartwatch lineup. The Apple Watch Ultra joins the new Apple Watch 8 and Apple Watch SE 2nd generation.

The new Apple Watch Ultra smartwatch features a more rugged design with features designed for outdoor use. It features a larger and brighter screen for better visibility in sunlight. The watch also has some improved GPS and safety features.

The Apple Watch Ultra is designed to be a more rugged and durable option for athletes and adventurers. It provides up to 36 hours of life on a single charge with standard use, or 60 hours of battery life with the soon-to-be-released battery optimization setting. It is made with a stronger titanium alloy material for improved impact resistance. It also offers a brighter display and a second speaker for better sound and display visibility during outdoor use. Apple says it’s also optimized for diving and water sports.

The Apple Watch Ultra provides enhanced GPS functionality to trace your steps and improve navigation for outdoor expeditions. There is also an action button that can be used to more accurately track your workouts by marking segments of your workout.

Other Apple Watches to consider

Apple Watch Series 8, the latest addition to the Apple Watch lineup, features the new S8 chip for improved performance. It also includes an always-on display and new watch face options. The Apple Watch 8 will has a larger battery than previous models: Battery life can be extended to 36 hours when in low-power mode. The Apple Watch 8 features a durable design and is swim-proof, dust-proof and crack-resistant.

The Apple Watch 8 has a number of health-tracking features, including an optical heart sensor, electrical heart sensor for ECG, blood oxygen sensor and a new body temperature sensor. The temperature sensor is presented as a women’s health tool to more accurately track ovulation times and other changes in a woman’s monthly cycle. (In light of increased concern regarding data privacy around cycle tracking information, Apple assured consumers that their data is secure and encrypted.)

The Apple Watch 8 is available in 41mm and 45mm sizing options. Shoppers can choose between stainless steel or aluminum casing and several different colors; new watch band options are available via Nike and Hermes. The GPS model starts at $399, while the cellular model (with new international roaming capabilities) starts at $499.

The new Apple Watch SE is 20% faster than the last generation. The display is 30% larger than the prior model as well. The back case design now features 100% recycled aluminum.

The Apple Watch SE starts at $249 for GPS and $299 for cellular (additional fees from your wireless carrier will apply). It’s available for purchase on Amazon now.

The larger, somewhat weightier 45mm Apple Watch Series 7 is also on sale at Walmart and Amazon.

The water-resistant Apple Watch SE boasts a Retina display that’s 30% larger than one offered by the Series 3.

PrevPreviousNetflix Tudum 2022: How to Watch and What to Expect
NextPutin is on the ropes and US, NATO must call his bluff with these 3 lines of supportNext
Reddit
Facebook
Twitter
LinkedIn
WhatsApp
Email
Back to Feed

6:32 AM ETAssociated PressBrazil will go to this year's World Cup as...
8 mins ago

“The best antidote to disinformation,” McGowan says, “is increasing the volume of...
52 mins ago