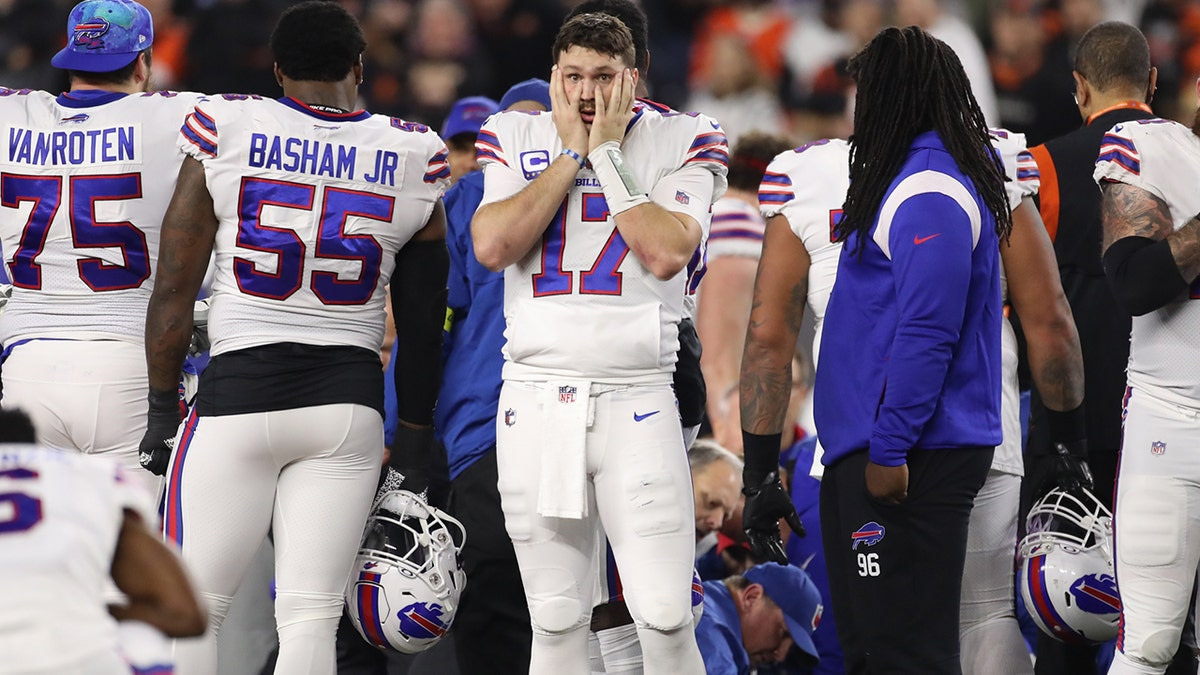 Biden doesn’t believe NFL is getting too dangerous: ‘Don’t know how you avoid it’

The terrifying event during “Monday Night Football“ between the Buffalo Bills and Cincinnati Bengals has stunned the sports world.

Hamlin stood up after delivering the hit, only to collapse to the turf seconds later.

Players from both teams gathered around Hamlin as CPR was administered to the second-year pro before an ambulance rushed him to the hospital.

Hamlin has been listed in critical condition at the University of Cincinnati Medical Center intensive care unit since collapsing against the Bengals.

While Hamlin’s hit did not appear to be anything out of the ordinary, it has served as a sobering reminder of the dangers of football.

On Wednesday, President Biden was asked if the NFL was getting “too dangerous,” with the 46th president deeming injuries to be part of the game.

“No. Look, the idea that you’re going to have… You got guys that are 6’8, 340 pounds running a 4.8 [seconds] 40 [yard dash]. I mean, you know, you hit somebody with that kind of force… Now, that’s not what happened here,” Biden told reporters nearly two days after Hamlin suffered a cardiac arrest.

“I don’t know how you avoid it. I think working like hell on the helmets and the concussion protocols, that all makes a lot of sense. But it’s you know, it is dangerous. We’ve got to just acknowledge it.”

The Bills provided an update Wednesday afternoon on Hamlin’s condition, saying he had shown “signs of improvement” since being taken to the hospital Monday night.

“Damar remains in the ICU in critical condition with signs of improvement noted yesterday and overnight,” the Bills said on Twitter.

“He is expected to remain under intensive care as his health care team continues to monitor and treat him.”

NFL LEGEND MICHAEL IRVIN ON DAMAR HAMLIN: ‘YOU MAY LOSE A LIMB, BUT YOU NEVER THOUGHT YOU WOULD LOSE A LIFE’

The game between the Bengals and Bills was suspended with 5:58 remaining in the first quarter and the Bengals leading, 7-3.

On Tuesday, the NFL announced that the game “will not be resumed this week” and that no decision has been made about its possible resumption at a later date.

A Russian national was indicted for helping an oligarch evade US sanctions...
57 mins ago