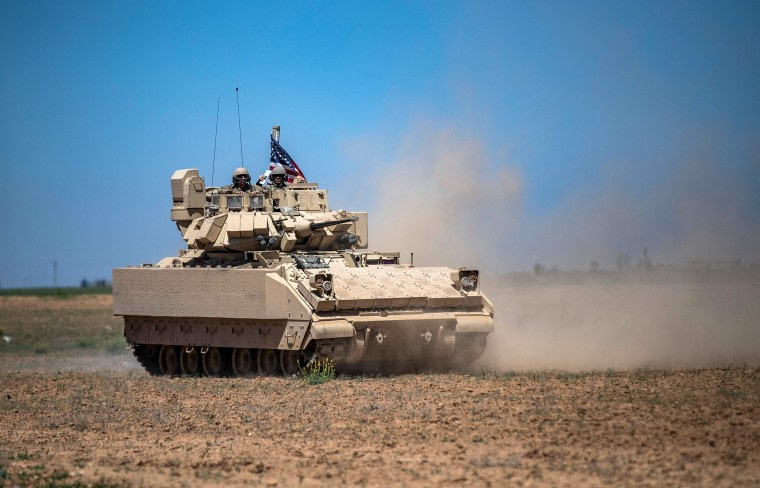 WASHINGTON — The Biden administration is expected to announce a new round of military assistance for Ukraine on Friday that will include equipment the U.S. has not previously provided, three U.S. officials said.

The total price tag of the package will be nearly $3 billion, two U.S. officials said.

The two leaders “reiterated their support for Ukraine’s sovereignty and independence,” a White House statement said. “They reaffirmed their unwavering solidarity with Ukraine and the Ukrainian people in the face of Russia’s aggression.”

The aid package will be the first from the $45 billion Congress in assistance authorized for Ukraine at the end of last month.

Biden said Wednesday he was considering sending the powerful Bradley Armored Vehicles to Ukraine, which Kyiv has been asking the U.S. to do.

Courtney Kube is a correspondent covering national security and the military for the NBC News Investigative Unit.