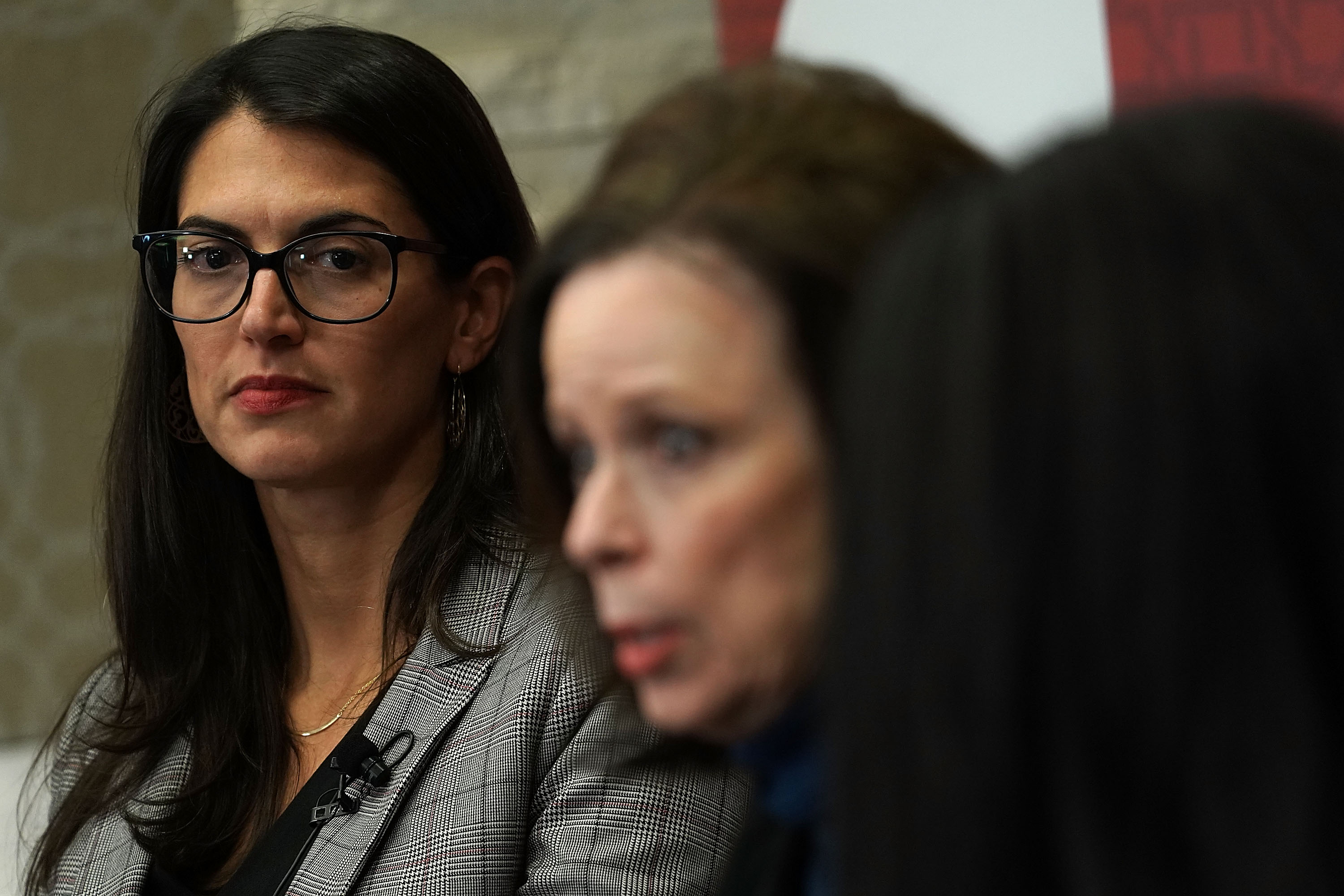 “I will continue to work on democracy and human rights, and am grateful to President Biden and Secretary [of State Antony] Blinken for their confidence in me and the honor of a nomination, ” Sarah Margon said. | Alex Wong/Getty Images

President Joe Biden’s nominee for a top human rights position is withdrawing from contention in the face of unrelenting opposition from a Senate Republican who questions her support for Israel.

The loss of Sarah Margon, whose nomination to serve as assistant secretary of State for democracy, human rights and labor was announced in April 2021, could damage an administration push to prioritize human rights in its foreign policy. It also highlights the partisan logjams in the Senate confirmation process, where actions by a single senator have left some foreign policy and national security positions empty for years.

Margon is a former Capitol Hill staffer and Washington director for Human Rights Watch who now works in a senior role at the Open Society Foundations, the organization founded by billionaire philanthropist George Soros.

In a conversation and statement shared first with POLITICO, she described her decision not to be renominated as the new Congress has taken over as hers alone and praised the Biden team’s support.

“At present, I don’t see a path forward for confirmation, and after 1 ½ years, it’s time to move on,” Margon said in the statement. “I will continue to work on democracy and human rights, and am grateful to President Biden and Secretary [of State Antony] Blinken for their confidence in me and the honor of a nomination.”

Margon faced opposition from the Senate Foreign Relations Committee’s ranking Republican, Jim Risch of Idaho. Risch, citing past tweets of hers, accused Margon of supporting the Boycott, Divestment and Sanctions movement, which targets Israel due to its policies toward the Palestinians.

Margon denied supporting the BDS movement, but her attempts to clarify the tweets didn’t sway Risch. Neither did a letter of support from a bipartisan group of foreign policy professionals, some of them prominent in the Jewish community, who dismissed the anti-Israel allegations against Margon.

Menendez, a pro-Israel hawk from New Jersey, has spoken in support of Margon’s nomination. But he did not bring her up for a vote in the committee, apparently due to the custom of “comity” that committee leaders follow.

That custom calls for the top Democrat and top Republican on the committee to jointly agree on items such as scheduling votes on nominees. The idea behind the tradition is to avoid having the majority run roughshod over the minority, but the minority can also use it as a stalling tactic.

A senior State Department official heaped praise on Margon, calling her an “extraordinary person with immense talent, drive and determination.” The administration will now have to decide on a new nominee, the official said, without disclosing potential names. The official spoke on condition of anonymity because the topic involved sensitive personnel matters and discussions with Capitol Hill.

Even if the Biden administration finds a new nominee quickly, however, the confirmation process could drag on again, a pattern statistics indicate has gotten worse over the past two decades.

Biden has insisted that he is committed to keeping human rights at the core of his foreign policy. But his administration, like many others before it, has been accused of inconsistency on that front, not least as it has tried to gain favor with autocracies such as Saudi Arabia for geostrategic reasons.

The senior State Department official said that even if the assistant secretary role is not filled, the administration has others who routinely raise human rights with foreign counterparts.

“We need to get this post right, but throughout the department, throughout the administration, you have a commitment to human rights,” the official said.