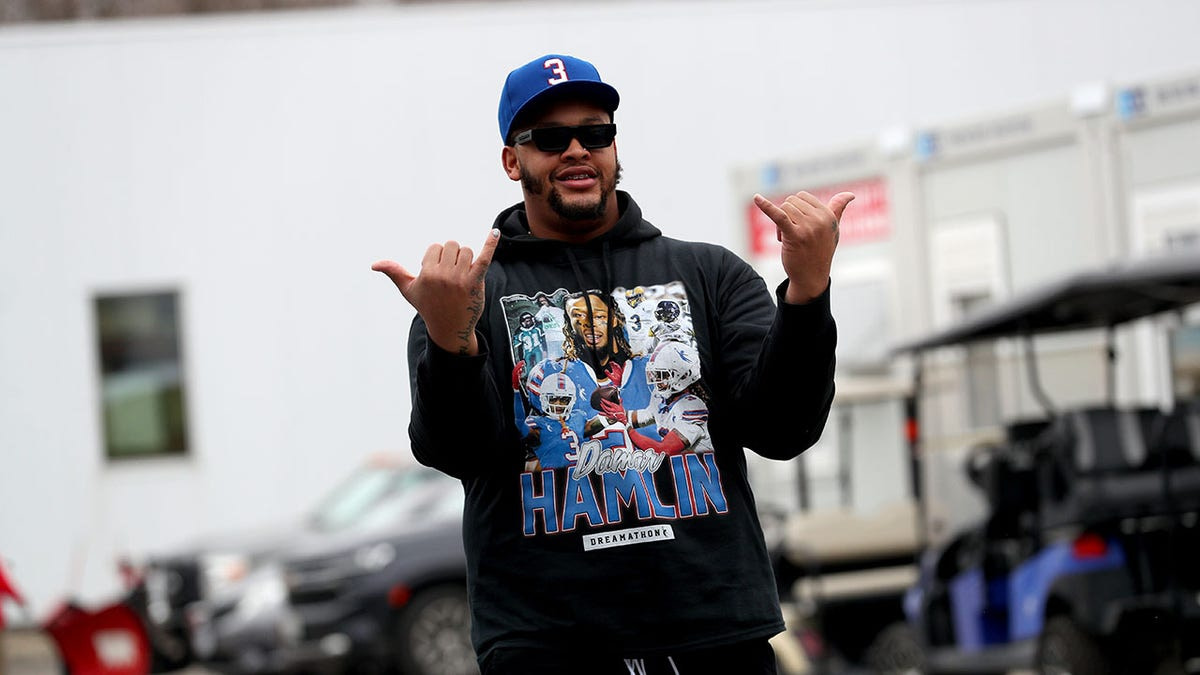 When the Buffalo Bills face the Miami Dolphins on Sunday, it will be the third time this season that the two AFC East foes have squared off.

The Bills enter Sunday’s wild-card game as heavy favorites with the Dolphins limping into the playoffs, losers of five of six and without its top passer in Tua Tagovailoa.

However, an inter-division playoff matchup always created unique matchups, especially as the past two games between the Bills and Dolphins have gone down to the wire.

Bills offensive tackle Dion Dawkins spoke with media Wednesday and offered his take on facing Miami for the third time this season.

“We just have history. It’s just the history that comes with it,” Dawkins told reporters.

Dion Dawkins, #73 of the Buffalo Bills, celebrates after an NFL football game against the Miami Dolphins at Highmark Stadium on Dec. 17, 2022 in Orchard Park, New York.
(Kevin Sabitus/Getty Images)

“If you go on a date with somebody three times, you should know that she or he – whoever you’re with – likes a Lemon Drop or a Shirley Temple,” he continued. “That’s what you should know. I kind of look at for what it is. I don’t make it all these giant things. We’re going on our third date. Hopefully, we can take them home.”

The two teams split the season series with Miami beating the Bills in Week 3 and Buffalo winning in Week 15.

Both games were played with Tagovailoa under center for the Dolphins, who was ruled out for Sunday’s wild-card game on Wednesday due to a concussion suffered in Week 16.

Dion Dawkins, #73 of the Buffalo Bills, walks to the stadium prior to a game against the New England Patriots at Highmark Stadium on Jan. 8, 2023 in Orchard Park, New York.
(Bryan Bennett/Getty Images)

“As of today, Tua has not been cleared by doctors to resume football activities on the field with his teammates, so because of that and because of the time that he’s missed, I can rule him out for Sunday,” head coach Mike McDaniel said, according to NFL Network.

Miami is preparing as if rookie Skylar Thompson will get the starting nod as backup Teddy Bridgewater attempts to recover from a dislocated pinky finger on his throwing hand.

Are you excited for any of the dozens of high-profile video game...
30 mins ago

8:10 AM ETESPN News Services Colorado State issued a public apology to...
53 mins ago