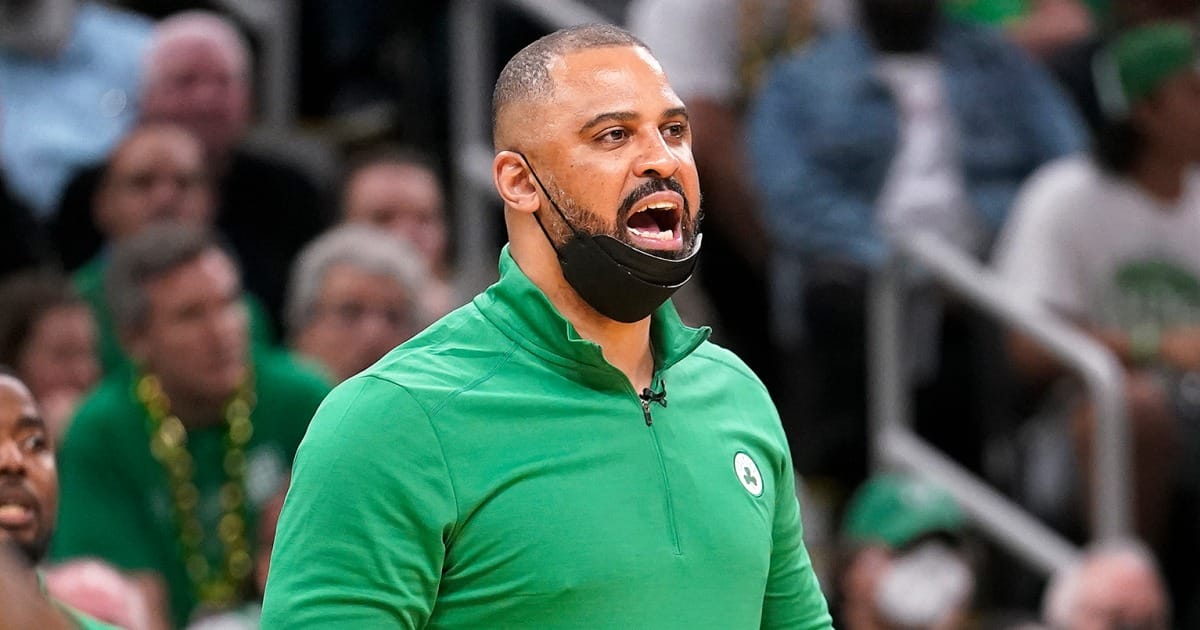 BOSTON — The Boston Celtics have suspended coach Ime Udoka for the 2022-23 season, effective immediately, and with no guarantee he will be back with the franchise in the future.

The Celtics said Thursday night that Udoka was suspended for “violations of team policies.”

“A decision about his future with the Celtics beyond this season will be made at a later date,” the Celtics said.

Udoka, in a statement published by ESPN, apologized but did not offer detail.

“I want to apologize to our players, fans, the entire Celtics organization, and my family for letting them down. I am sorry for putting the team in this difficult situation, and I accept the team’s decision. Out of respect for everyone involved, I will have no further comment,” he said.

It’s the second major disciplinary situation in as many weeks in the NBA, following the decision last week by Commissioner Adam Silver to suspend Robert Sarver — the owner of the Phoenix Suns and WNBA’s Phoenix Mercury — for one year and fine him $10 million after an investigation showed his pattern of disturbing workplace conduct, including abusive and racist language. Sarver said Wednesday he intends to sell his teams.

Welcome to Q4, friends. If you were hoping to begin the final...
15 mins ago

In response to one commenter claiming “the suits have killed disco,” Luiga...
18 mins ago

7:40 AM ETAmanda LoudinCatherine Parenteau was pretty much born with a tennis...
21 mins ago

It's Monday and that can only mean one thing: We're back for...
22 mins ago

Piracy hasn't been as big a problem on Sony's recent PlayStation consoles,...
33 mins ago

“Driftmark,” this week’s episode of House of the Dragon, featured perhaps the...
37 mins ago

With a growing number of patients in states that now prohibit abortion...
39 mins ago
Load More