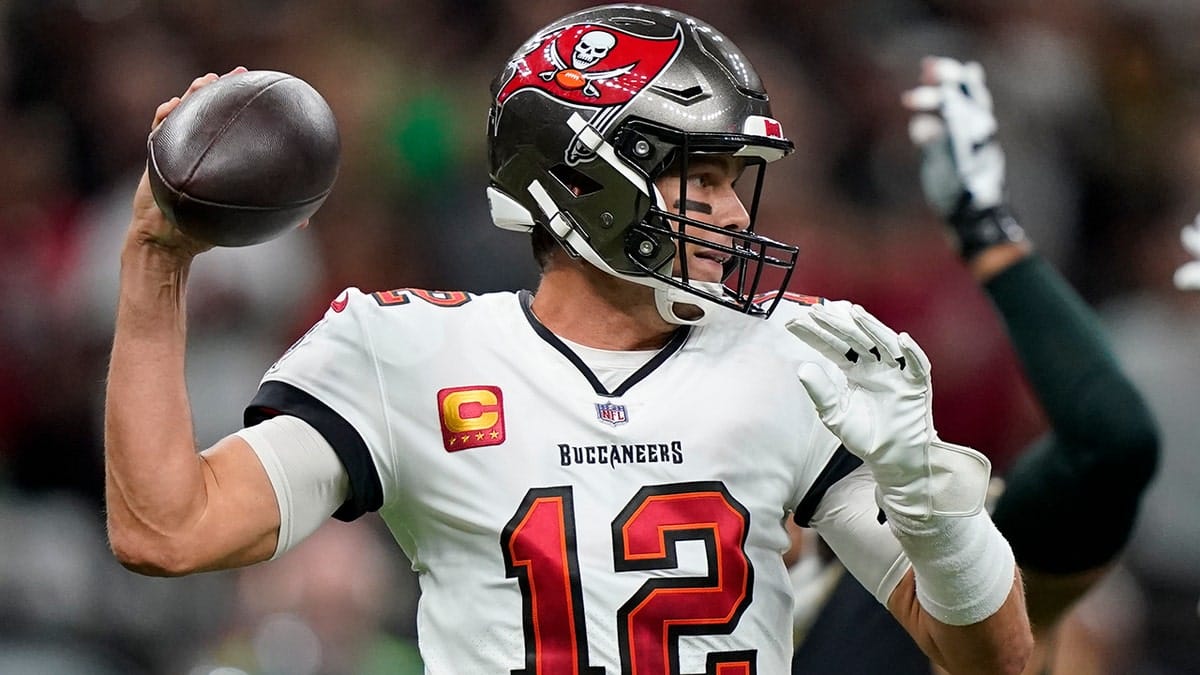 Tom Brady suffered a minor injury on the ring finger of his throwing hand in last week’s win over the New Orleans Saints, but on Thursday, he told reporters it “feels great” going into Sunday’s heavily anticipated matchup against the Green Bay Packers.

The Tampa Bay Buccaneers quarterback was seen shaking his hand repeatedly during Thursday’s practice session after sustaining a sore finger during a botched snap against the Saints, the NFL Network reported.

Brady spoke about it earlier in the week on the “Let’s Go!” podcast, but he attributed it to the “bumps and bruises that come along with playing.”

“I banged it up pretty good, but it didn’t affect me at all in the game,” he said on the podcast.

Looking forward to a tough matchup against the Packers and quarterback Aaron Rodgers, which will undoubtedly have its ups and downs, Brady told reporters Thursday that he “can always do better” when it comes to tempering his emotions.

Tom Brady of the Tampa Bay Buccaneers looks at a tablet during the game against the New Orleans Saints at Caesars Superdome in New Orleans on Sept. 18, 2022.
(Chris Graythen/Getty Images)

“And you’re right, I think there’s a frustrating part for all of us when you get a little older, and you expect it a certain way, and it doesn’t go exactly the way you want. But that’s it, that’s the way it is, and I’ve got to do a good job as a leader to be at my best regardless of how I feel about a certain situation.”

A heated confrontation between the Saints and the Bucs last week leaves Tampa Bay without one of Brady’s favorite targets, Mike Evans, who is serving out his one-game suspension after the league decided to uphold its initial ruling earlier this week.