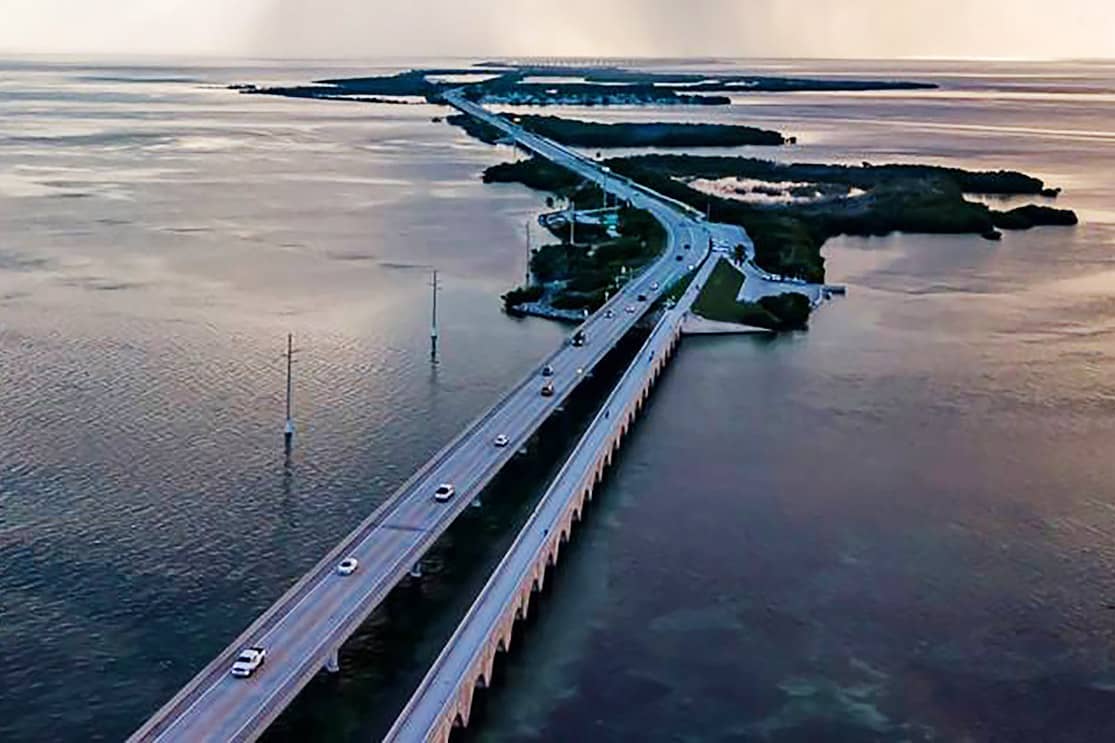 A Florida Keys boat captain was arrested on a manslaughter charge Thursday in connection with a deadly parasailing trip this year, officials said.

An arrest warrant accused the captain, Daniel Gavin Couch, 49, of not checking the weather before the May 30 trip and then cutting the towline to his passengers’ parasail during strong winds.

Supraja Alaparthi, 33, died and her 10-year-old son and 9-year-old nephew were injured. They were visiting from Illinois.

Couch was arrested Thursday by the Florida Fish and Wildlife Conservation Commission on a warrant for one charge of manslaughter and five counts of violation of commercial parasailing statutes, the commission said.

“There is no excuse for the negligence and disregard for public safety that was shown in this case,” said FWC Maj. Alberto Maza, a regional commander in the agency’s division of law enforcement.

Couch was being held in lieu of $100,000 bail Thursday night, according to online jail records.

The FWC said Couch hadn’t recently checked weather conditions before he took 12 passengers on the parasailing trip May 30.

While Alaparthi and the children were aloft, strong winds prevented them from being winched back to the boat, and Couch cut the towline, the commission said.

They fell and were dragged through the water by the parasail before they struck a pillar on the Old Seven Mile Bridge, the arrest warrant says.

The parasail was draped over the bridge, with Alaparthi, who was submerged, and the two children hanging in their harness, according to the warrant. Good Samaritans went to their rescue and cut them from the harness.

Couch motored to the area “but made no attempt to approach the victims or provide further assistance,” even as others went to help, an FWC investigator wrote in a statement of probable cause in seeking the arrest warrant.

An attorney for Alaparthi’s family, Ricky Patel, told NBC Miami on Thursday that the family is thankful for the support shown after the incident.

“It means a lot to them. They’re hopeful with this step today that we can get one step closer to making sure this doesn’t happen to any family again,” Patel told the station.

Couch had sounded an airhorn to signal to the passengers they should pull a strap to activate a “chute wrangler,” which should stop and deflate a loose parasail, but it didn’t deploy, the warrant says.

A crew member tried to use a boat hook to catch the parasail, but the hook was pulled from his hands. He then went in the water to try to release the chute wrangler, but he was unable to, according to the warrant.

Couch tried to grab the parachute with his hands but couldn’t, and the group continued to be dragged, the warrant says.

The chute wrangler was installed incorrectly, upside down, and it’s unknown whether it would have worked as intended, the FWC investigator wrote.

The FWC investigator wrote in the warrant that Couch was negligent by not monitoring the weather and by allowing them to continue flying even as conditions deteriorated. Cutting the towline was called a “gross and flagrant decision” that severed the group’s only means of safe return.

7:00 AM ETIf there's one thing the NHL league office is obsessed...
8 mins ago

8:00 AM ETNBA InsidersThe NBA was without its full slate of stars...
8 mins ago

For several weeks, Void Hunters in Destiny 2 have had to make...
22 mins ago

66 million years ago, an asteroid collision almost ended all life on...
23 mins ago