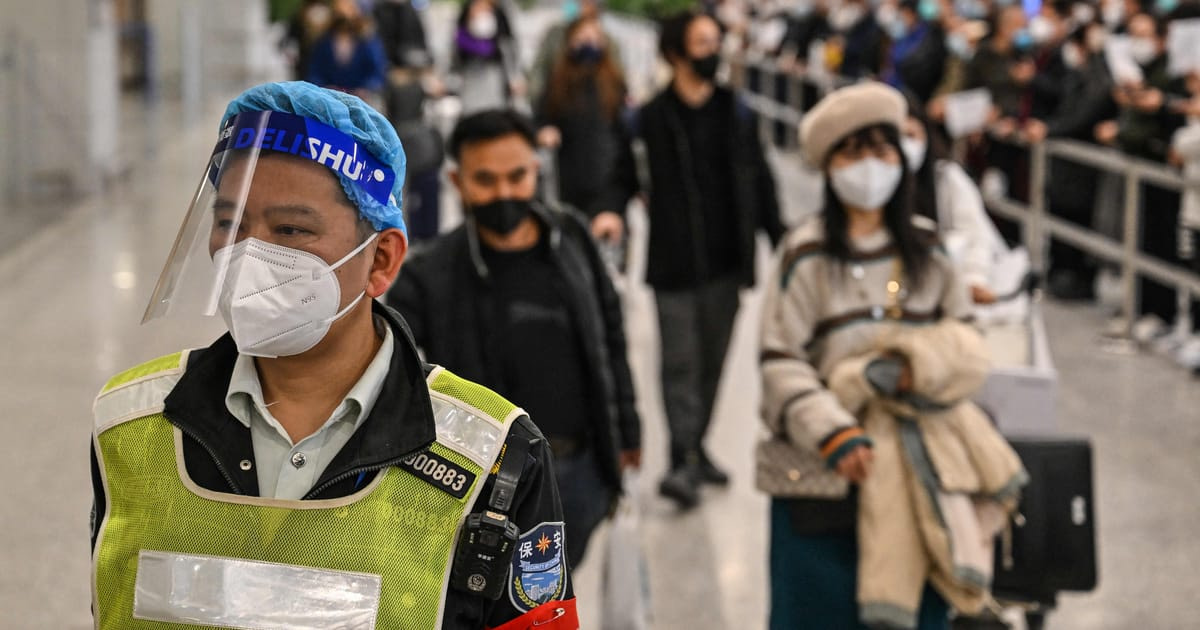 In addition to allowing travel to and from other countries, Beijing also reopened air and sea travel with the special administrative region of Hong Kong, allowing family and friends to reunite after years spent apart. Chinese and Western media outlets described massive queues stretching across Hong Kong international airport. The South China Morning Post reported that as of 8 p.m. local time on Sunday, more than 45,000 people had traveled by ferry across the border between Hong Kong and mainland China.

According to the Reuters news agency, the Chinese Ministry of Transport expects over two billion trips to and from China to take place over the next 40 days — an increase of nearly 100 percent — partly due to the start of the Chinese New Year.

This is the final step in Beijing’s ditching of its zero-COVID policy, by which the government used draconian lockdowns, mass testing and severe limits to travel to keep the level of virus transmission to a minimum among its population.

The U-turn, adopted in the wake of mass popular protests, has caused worry among some Western countries, which fear that the resulting surge in Chinese COVID cases might give rise to dangerous coronavirus variants.

PrevPreviousThink winning a CFP title is tough? Try winning two in a row
NextBuffalo Bills to play for the first time since Damar Hamlin’s cardiac arrestNext
Back to Feed