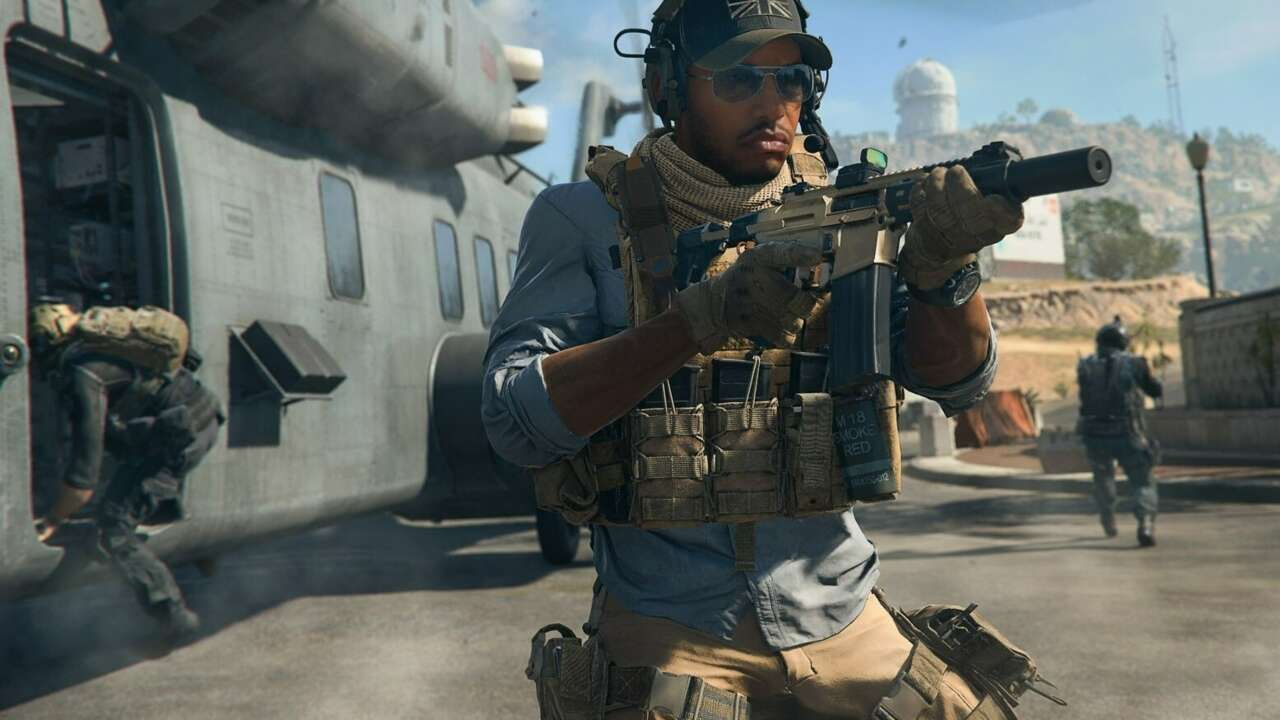 CoD: Warzone 2 And Modern Warfare 2 Will Include UI Overhaul, 1v1 Gulag, And More For Season 2

Activision has shared a community update for Call of Duty: Modern Warfare 2 and Warzone 2, announcing several major changes for Season 2. Players can expect all the normal seasonal content, plus major balancing changes, improvements to the UI, audio fixes, as well as updates to the overall stability and performance for both games.

Call of Duty’s Season 2 update was delayed by two weeks. Originally set for February 1, Season 2 was pushed back to February 15 to give the developers more time to implement changes and make quality of life updates based on player feedback. These changes will affect multiplayer, battle royale, and DMZ.

As previously announced by Infinity Ward, the 1v1 Gulag is returning with Season 2. Activision has now confirmed that the return of the more traditional-sized Gulag will also remove Al Mazrah’s Jailer NPC in favor of Warzone 1’s overtime Domination-style flag point. Season 2 will feature an edit of the existing Gulag for better 1v1 combat, but the developer is actively working on a dedicated 1v1 map for future seasons. Victory cash will also now be awarded to help players get geared back up for the match.

Players can expect an overhaul to Warzone 2’s loot, inventory, and cash economy. There will be a slight reduction to cash rewards for completing contracts, but cash piles from ground loot and cash registers are being increased. Combined with the victory cash earned from the Gulag, the blog post reveals these economic changes are meant to “make for quicker, more consistent gameplay in the pursuit of resources.”

For faster looting, Warzone 2 is shifting away from loot menus to floating loot that will now drop out of all containers in the world, similar to loot from Supply Boxes. Medium and large backpacks will no longer be available, and eliminated players will drop loot onto the ground rather than loot-filled backpacks. This also means everyone will have the same backpack throughout the entire game. Activision says these changes are intended to improve the pace of gameplay by minimizing time spent navigating the UI and getting players back in the action faster.

Players should have an easier time grabbing their custom loadout in Season 2. The price of Loadout Drop Markers has been slightly reduced, so squads can get their full loadouts at a faster pace. A second Loadout Drop Public Event has been added, which means the drops will now happen on the first and fifth circles of each match. The blog also teases that on extremely rare occasions, players may randomly find one while looting across Al Mazrah. Season 2 will also introduce the ability to customize perk packages, so players will no longer be forced to pick one of the preset packages for their custom loadout.

Other changes mentioned for the upcoming season include changes to movement, Buy Stations, and Strongholds.

Season 2 of DMZ will include a new Exclusion Zone location, which will give players a third option to choose from when deploying in DMZ. There will also be a faction mission refresh to provide new missions across Al Mazrah, Building 21, and the new Exclusion Zone.

Players can expect some tuning for mission and AI difficulties. Season 2 of DMZ will include balancing changes to adjust the types and number of AI spawning, and the accuracy of AI at range, and more. For mission difficulty, adjustments will improve the scaling of difficulty in faction missions as the tiers progress.

Additionally, DMZ’s crashing issues were acknowledged. The publisher’s statement says, “We know crashes are especially impactful in DMZ if you lose your items and Contraband Weapons as a result. Addressing these crashes is a priority for Season 2, and we are committed to increased stability. Stay tuned for more specifics on this.”

As previously announced by Infinity Ward, Call of Duty’s Hardcore multiplayer mode will be returning. The competitive Ranked Play mode is also confirmed for Season 2, but details on maps, modes, and more will be revealed prior to launch.

Slightly more community engagement is coming to multiplayer. One week per month, Infinity Ward will create a Twitter poll for fans to vote on one of that week’s playlists from a rotating pool of playlists.

Additional multiplayer updates will include perk and weapon balancing changes, and a Valentine’s Day-themed playlist has been teased.

Several quality-of-life updates are also arriving across multiplayer, battle royale, and DMZ mode. Activision says Season 2 will include a number of UI changes to “improve the overall flow of in-game menus.” These updates include a more polished Social tab, improved navigation and organization of the camo menu, reticle previews in the store and Gunsmith, and more.

Season 2 will also address global audio issues. These updates include correcting an issue with an audio filter that caused some in-game sounds to be difficult for a player to hear, as well as addressing an audio concern on PC. PC players will be given a new audio option to force PC to stereo output.

Crashes and stability improvements can be expected for the new season. Activision said, “We remain dedicated to improving the overall stability and performance of our games, including reduced crashes across all platforms and titles.”

The publisher also said more specific information on new features, maps, modes, and more will be shared in the weeks leading to Season 2. Make sure to check out our breakdown of all the rumors and leaks surrounding Season 2 of Modern Warfare 2 and Warzone 2, including the season’s potentially leaked Japanese theme and return of the Ronin operator.