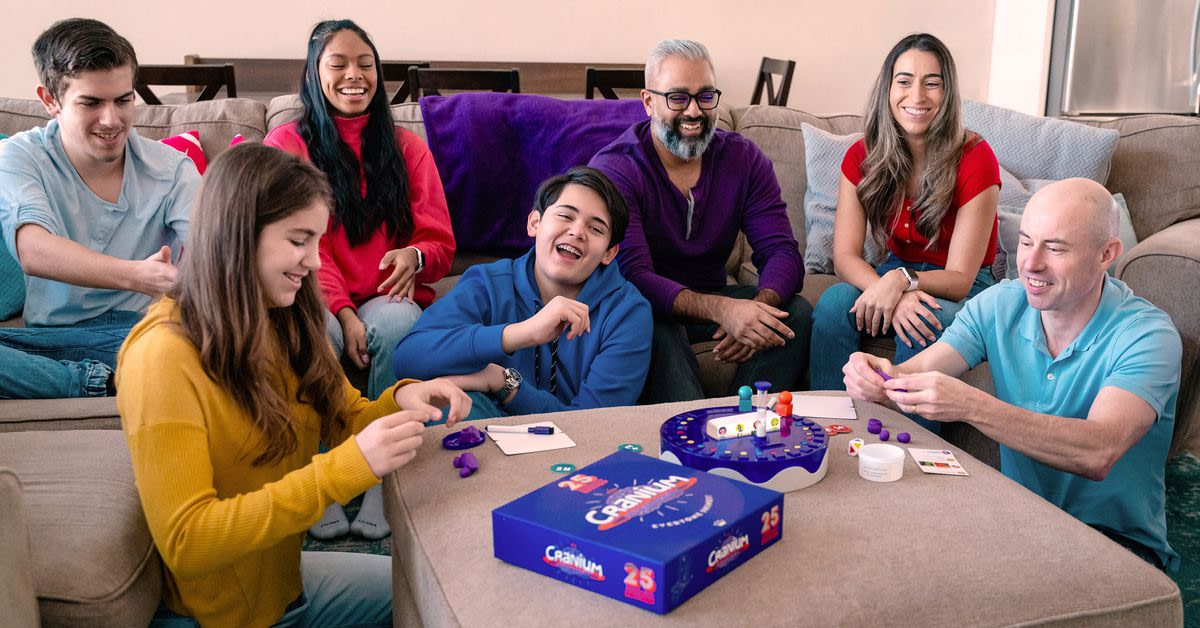 Cranium 25th Anniversary Edition, the latest version of Hasbro’s hit family-friendly party game, will arrive at retail this spring. Design work has been handled by the all-star team at Funko Games. The base game will be joined by two refreshed spin-off titles — Cranium Hullabaloo and Cranium Hoopla — as well as the brand new children’s game, Cranium Big Brain.

The original Cranium was first published in 1998. This new version includes “all new content” and “hundreds of all-new cards,” according to the news release. At its core, however, are the same kinds of themes and activities that made the original so much fun — including that little tub of sculpting clay.

Cranium Big Brain, on the other hand, is more in line with modern hidden object games like MicroMacro: Crime City. It even features a solo mode. Cranium Hullabaloo is an app-driven children’s game that emphasizes physical activity, and Cranium Hoopla adds fresh content to the original timed version of Cranium, first released in 2002.

Most folks know Funko for its line of collectible vinyl figurines, but it’s also home to a rock-star team of tabletop designers known as Prospero Hall. It’s the same group behind a long string of award-winning titles like Disney Villainous, as well as some particularly solid board games based on pop-culture touchstones — including E.T.: The Extra-Terrestrial, The Goonies, Jurassic Park, The Fast and the Furious, and even the classic Jimmy Stewart flick Rear Window.

Cranium 25th Anniversary Edition is expected at big box retailers and online this spring, while the other three titles will begin rolling out over the summer.

Are you excited for any of the dozens of high-profile video game...
38 mins ago