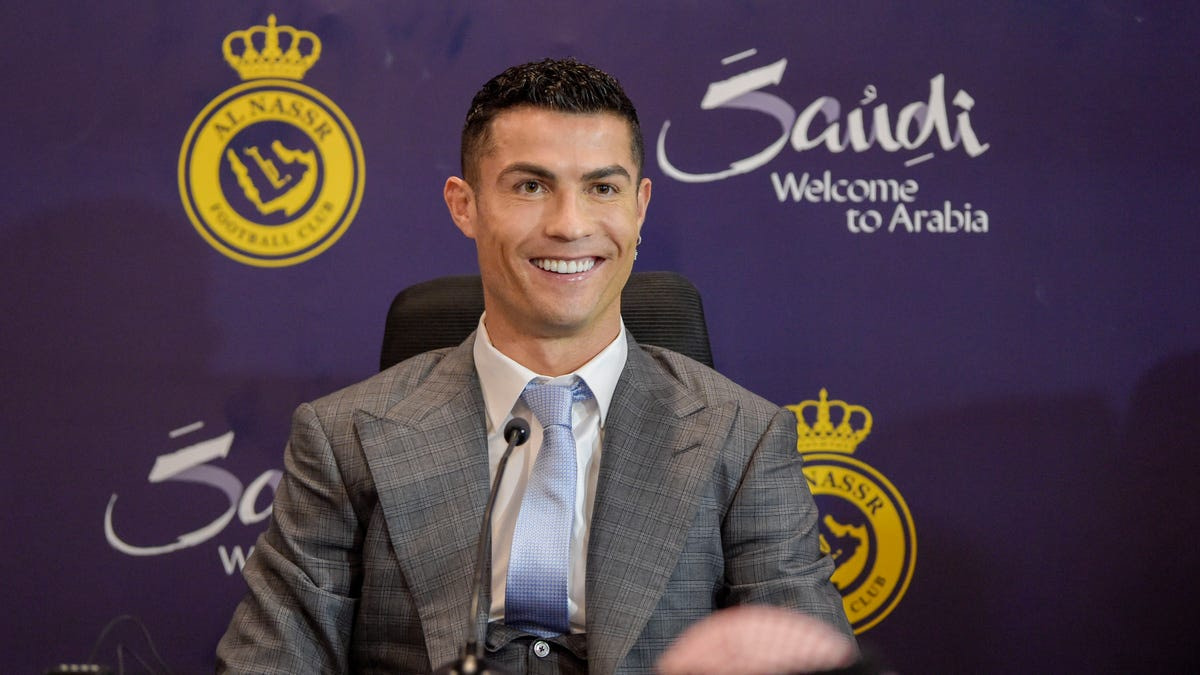 Cristiano Ronaldo ran into Mrsool Park Stadium in Riyadh, Saudi Arabia on Tuesday to a crowd filled with fans delighted to see that he signed with Al Nassr.

Ronaldo reportedly reached worth $75 million per season over the next two-and-a-half years with Al Nassr after parting ways with the Premier League’s Manchester United last month. The club made the announcement Friday with Ronaldo’s official welcome press conference on Tuesday.

“Well, so far feeling really good,” Ronaldo said via Marca. “I’m so proud to make this big decision in my life, in football.”

Ronaldo also mentioned that his days playing soccer in Europe is complete in his eyes.

“As you mentioned before, in Europe, my work is done,” he said. “I won everything. I played for the most important clubs in Europe and for me now is a new challenge as you mentioned in Asia. I’m grateful Al Nassr gave me this opportunity…”

Ronaldo also added that teams across the globe came calling when it was clear his days with Manchester United were numbered.

“I can say now that many opportunities came up in Europe, many clubs in Brazil, in Australia, the USA and even in Portugal, but I gave my word to this club,” Ronaldo explained.

“My contract is unique because I am a unique player.”

“Ronaldo asked during the negotiations to be treated like the rest of his teammates, in terms of rewards and club regulations,” he said.

Cristiano Ronaldo smiles as he is unveiled as an Al Nassr player at Mrsool Park Stadium on January 3, 2023 in Riyadh, Saudi Arabia.
(Khalid Alhaj/MB Media/Getty Images)

Al Nassr is one of Asia’s most successful clubs, winning nine league titles. The two sides spoke over the summer, but Ronaldo tried to make it work in Europe.

Now, it is expected that Ronaldo plays a role in getting the 2030 FIFA World Cup bid to Saudi Arabia.

WORLD CUP STAGE WAS SET UP FOR A CRISTIANO RONALDO HERO MOMENT, BUT IT NEVER ARRIVED

Ronaldo’s contract with Manchester United was terminated after he criticized the team in an explosive TV interview, saying he felt “betrayed” by the club and claimed that senior officials had tried to force him out. He also added he had “no respect” for coach Erik ten Hag.

In the World Cup with Portugal, Ronaldo had just one goal, a penalty kick, in five matches. He ended up losing his starting role as well.

PrevPreviousInmates allege Texas to use unsafe drugs for executions
NextThe Top Ten Most Played Games On Steam Deck: December 2022 EditionNext
Back to Feed