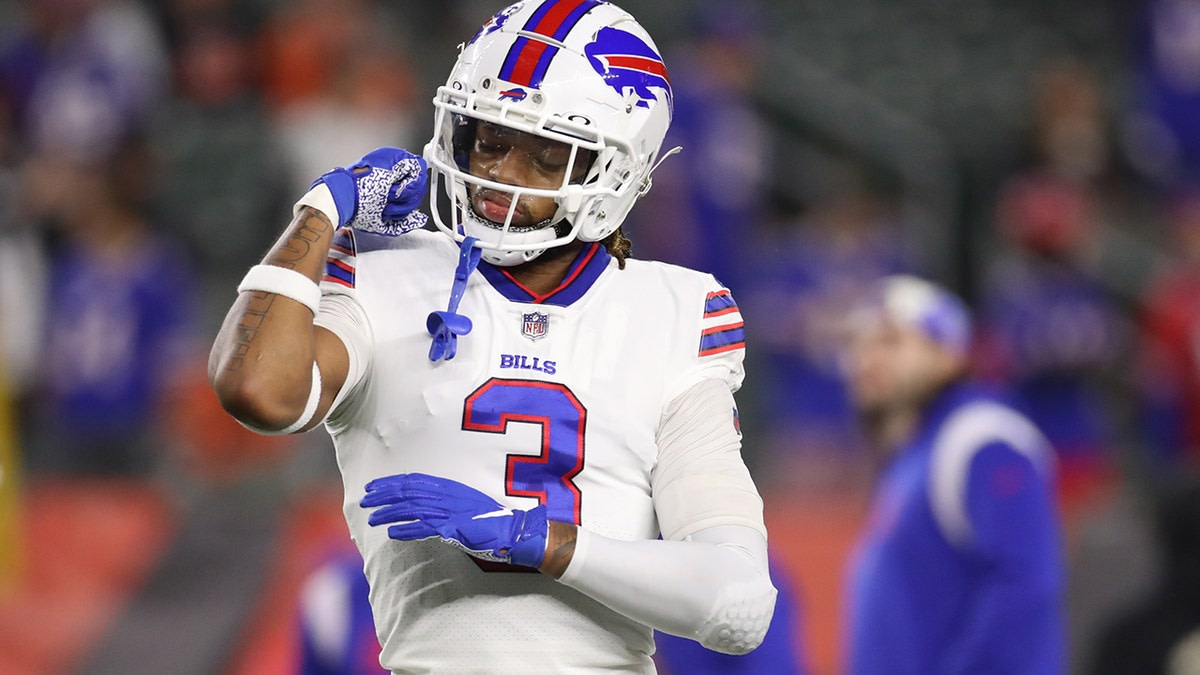 Elam tweeted that the second-year pro is “awake and showing more signs of improvement.”

“Our boy is doing better, awake and showing more signs of improvement,” Elam posted to Twitter. “Thank you God. Keep the prayers coming please. All love 3!”

Hamlin has been in critical condition since Monday night, when he suffered a cardiac arrest following a hit on Cincinnati Bengals wide receiver Tee Higgins.

Hamlin fell to the turf following the tackle and was administered CPR before an ambulance rushed him to the hospital.

The Bills also provided an update Thursday, saying that Hamlin has shown “remarkable improvement” and appears to be “neurologically intact.”

Hamlin’s terrifying collapse to the turf stunned the NFL world as the league awaited news on his status.

Thursday’s update is the most positive since Hamlin was rushed to the hospital Monday night.

Hamlin reportedly has been responsive after opening his eyes last night, according to the NFL Network.

“[Bills] S Damar Hamlin opened his eyes last night and is responsive. Truly incredible,” NFL Network’s Ian Rapoport posted to Twitter on Thursday. “One thing that’s very clear from speaking to those close to him: They are endlessly appreciative of the medical care given to Hamlin on the field immediately, then over the last 72 hours.”

Thoughts and prayers have poured in for Hamlin across the sports world since Monday night, which Hamlin’s agency recognized Thursday.

Buffalo Bills safety Damar Hamlin, #3, warms up prior to the game against the Buffalo Bills and the Cincinnati Bengals on Jan. 2, 2023, at Paycor Stadium in Cincinnati.
(Ian Johnson/Icon Sportswire via Getty Images)

“The outpouring of support for Damar across the nation has been amazing,” Agency 1 Sports said in a statement. “Thank you for the calls, messages, and emails. Damar has made substantial improvement overnight. We are so thankful for all of the first responders, doctors, and hospital staff and every one who has played a role in this process.

“Please continue to pray for Damar and we will provide updates as they are available.”

The Bills will practice on Thursday for the first time since Hamlin’s cardiac arrest.

House GOP grits its teeth for the ‘big lift’: A budget battle

CNN  —  A sweeping multi-day manhunt continues for a suspect accused of...
3 hours ago
Load More