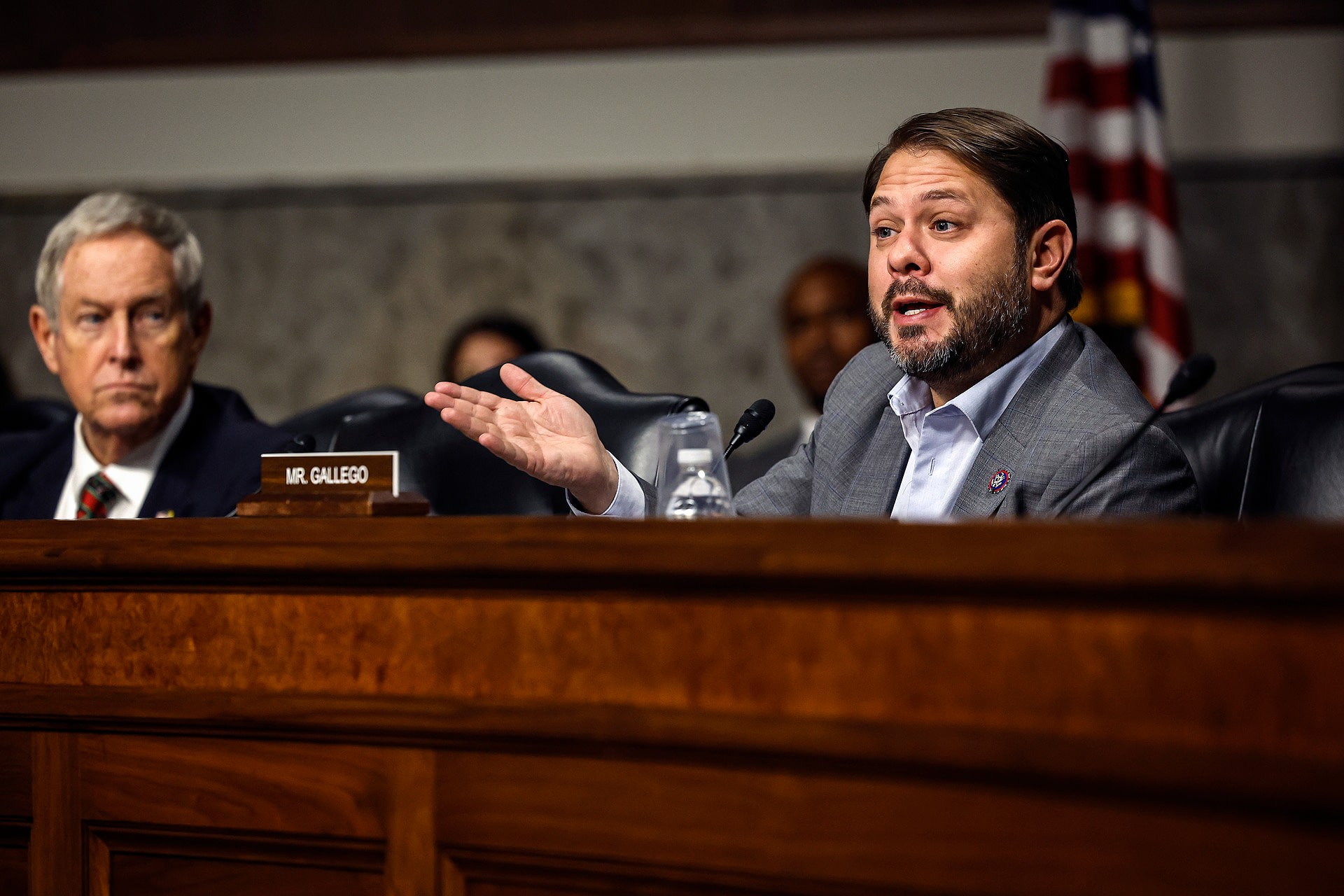 WASHINGTON — Rep. Ruben Gallego, D-Ariz., is expected to announce Monday that he’s running for Senate in Arizona in 2024, according to a source familiar with his planned rollout.

Gallego’s announcement had long been rumored for the end of January, and Newsweek was first to report the plan for Monday.

The decision comes after Sen. Kyrsten Sinema, I-Ariz., high-fived Sen. Joe Manchin, D-W.Va., at the World Economic Forum in Davos, Switzerland this week to celebrate blocking an overhaul to the filibuster in the Democratic-controlled Senate.

Gallego, a progressive Democrat, is running for the seat held by Sinema, who decided in December to leave the Democratic Party and become an independent. Sinema’s six-year term is up at the end of next year, but she has not yet said whether she plans to run for re-election. If she does, and Gallego wins the Democratic nomination, they’d face each other in the general election.

In December, after Sinema announced she was changing her party affiliation, Gallego signaled to NBC News he was likely to launch a Senate bid.

“I’m a good Marine so I’ve been preparing for this, bringing people on, meeting the right people and, you know, making sure that we’re gonna be able to do — to be able to, you know, go right away [when] we make a decision,” he said.

Gallego went on to say he believes if Sinema runs, “it will almost ensure the fact that the Senate seat will stay in Democratic hands” because of the GOP’s struggles to hold its coalition together. That, however, would not be a sure thing.

Meanwhile, multiple Republicans are weighing runs, including Kari Lake and Blake Masters, who lost races for governor and Senate, respectively, in 2022. That list also includes Jim Lamon, a solar energy executive who lost the GOP primary to Masters last year.

Gallego, 43, is a U.S. Marine combat veteran who served in the Iraq war. Before coming to the House in 2015, he had previously served as a member of Arizona’s state House.

Haley Talbot is an associate producer in the NBC News Washington bureau.

Rebecca Shabad is a politics reporter for NBC News based in Washington.