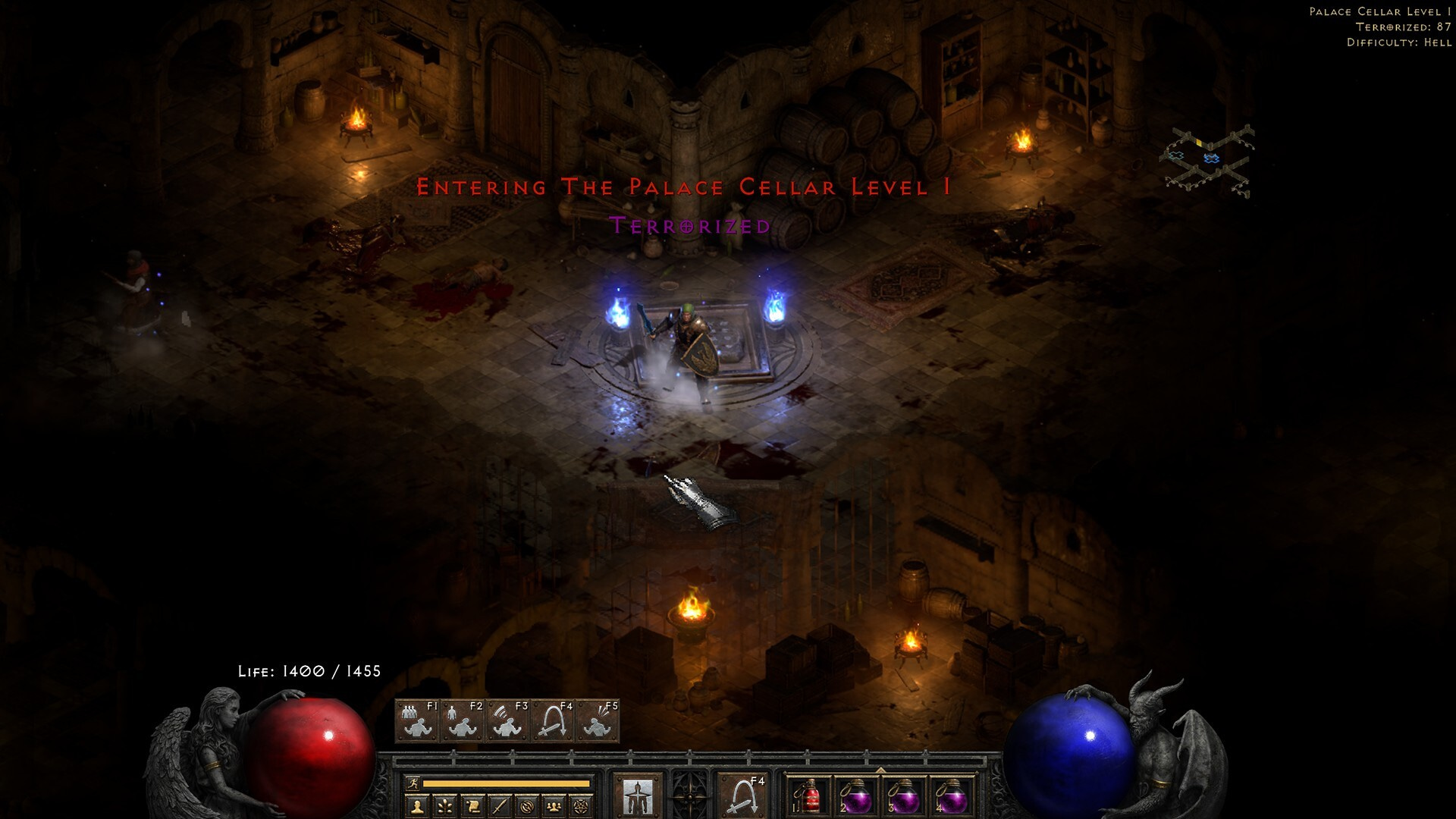 When Diablo II: Resurrected first released, Blizzard was keen on keeping changes small. A new coat of paint, auto-gold pickup, support for modern displays, those sorts of things. After all, Diablo II popularized a genre, and Blizzard said it wanted to make sure it “stuck the landing” in delivering a game that longtime fans would instantly remember by not messing with the fundamentals.

As time has gone on, more changes have come to Diablo II: Resurrected. Patch 2.4 introduced major class-balance changes for the first time in over a decade, adjustments to the game’s Mercenaries, and new Rune Words. Patch 2.5, which arrives today, goes a step further–adding a brand-new way for players to tackle the journey to the max-level of 99.

They’re called Terror Zones. Every hour, one of the game’s locations will become Terrorized. Not every area is eligible, and the same zone will not be Terrorized two times in a row, but other than those restrictions, the process is largely random. A Terrorized zone will spawn higher-level monsters (at least two levels higher than the owner of the game, and up to a certain maximum level depending on what difficulty is being played) which reward more experience points and better loot when killed than standard foes. In addition, all Terrorized monsters grant bonus experience as well, making farming these zones incredibly lucrative for players looking to level up.

The idea for Terror Zones came from a desire to make Diablo II’s infamous grind to level 99 more accessible for more players. Before Terror Zones, one of the best ways to farm experience points was to kill the boss Baal on repeat, due to the enemy being one of the few higher level monsters in the game that rewarded more experience points. Hitting level 99 quite literally requires hundreds of hours and thousands of these “Baal runs.” When looking at what to do next with Diablo II: Resurrected, Blizzard wanted to provide an alternative.

In an interview with GameSpot, Diablo II: Resurrected senior principal game designer Robert Gallerani and technical director Michael Bukowski shared their insight on how the team settled on the idea of Terror Zones, saying that it ultimately came out of a desire to give players more choices.

“The path to 99 is definitely a really big challenge,” Gallerani said. “It’s kind of a badge of honor that people get. It’s one of the points of Ladder, you start at the beginning and everyone races to the end. But what we saw was really around that level 85 plus area, a lot of people were like, ‘Okay, is this the only option for me to get to 99?'”

Though Terror Zones are certainly efficient for players looking to level up, they are an opt-in feature that can be toggled on or off when creating an online game. The feature will initially not be available for offline characters, though the team will be looking to add Terror Zones to offline play following the game’s Ladder Season 2, which starts on October 6. Players will need to have completed Act V on a difficulty in order to unlock the ability to create games with Terror Zones for that difficulty enabled, although players can join the games of others with the feature enabled with no restriction.

It was important for Blizzard to give players options and not take away or make obsolete existing methods for leveling up, like farming Baal, that have become one of the key things players remember about their Diablo II experience. Whenever they have the option, Gallerani said there is no reason for Blizzard to not give players choices when it comes to opting in or out of new features.

“If you really like [killing Baal] you can still totally do that,” Gallerani said. “But it just was almost doing a disservice to all the other monsters, all the other builds, all the other ways to play, and we wanted there to be… we didn’t want it to be easier to get to 99, but we wanted more people to feel like they could do it, right? It’s a fine line.”

Bukowski echoed that sentiment. Terror Zones are a “pretty dramatic change,” but Bukowski said the current development team views itself as “shepards” of Diablo II, which informs how Blizzard makes decisions in regards to new features.

“It’s got a lot of history, and we’re trying to advance it, but at the same time be very respectful,” Bukowski said.

That same philosophy is how the team approached the new Sundered Charms, which will drop from Terror Zone enemies in the game’s upcoming Ladder Season 2. These new charms, one for each damage type, will break monster immunity, at the cost of lowering a player’s resistance to that specific type of damage. The result is that the charms bring builds that were previously disregarded when it came to tackling portions of Diablo II’s endgame, due to their inability to hurt monsters immune to specific damage types, back into the fold.

“I know we have a huge audience who already knows, they know very well, they’ve known for 20 plus years, how to play the game,” Gallerani said. “But if you’re just getting into D2:R, and you’re like ‘Hey, I’ve got my build, I’m building a certain way,’ and then all of a sudden you hit a monster and it doesn’t matter what you do at all, you just can’t beat this thing. To have a full-on fire Sorceress that could drop Baal in sub-five seconds, sub-10 seconds, but you’re stuck killing this one Fallen on this one level? It was this whole meta.”

Gallerani said the inception of Sundered Charms came from looking at a few particularly powerful builds, specifically the Hammer Paladin, and theorizing on how they could bring other builds closer to the Hammerdin’s power level.

“The reason why the Hammerdin is kind of the ‘I win button’ is, it’s not that much more powerful than other classes,” Gallerani said. “It’s that you don’t ever have to hit that point for the most part, where I can’t hurt anything…If the Paladin equips one of these charms, yes, technically a Hammerdin does become a little bit more powerful in like two fights in the whole game. But all the other builds that used to be way down here start to go a lot, lot higher in being viable.”

Sundered Charms are a calculated approach. Whereas the team could have completely changed how monster immunity worked, Bukowski said the team liked the idea of giving players more agency with the charms, which don’t throw anything out the window when it comes to Diablo II’s existing design.

As for what’s next? Having addressed the level 99 grind, monster immunity, class balance, Mercenary changes, and more, Gallerani and Bukowski were coy on what other big aspects of Diablo II the team would look at updating next. Bukowski did, however, point towards frequently requested quality-of-life changes as being a prime target.

So far, Bukowski said the community’s response to all of the changes to a game as beloved as Diablo II have been generally positive, and that players are excited about the future of the game moving forward. Bukowski said the team makes a point to listen to a variety of community perspectives when it comes to changes, with the understanding that there is a wide audience of different types of players who play Diablo II: Resurrected. The team tries to strike a balance between making the game more accessible for players who “might hit various walls in their journey” while still listening to the feedback of hardcore players and Diablo II purists who think the game is perfect exactly as it was two decades ago.

“We’re definitely listening across the board and I think we’re pretty measured with the changes we’re making,” Bukowski said. 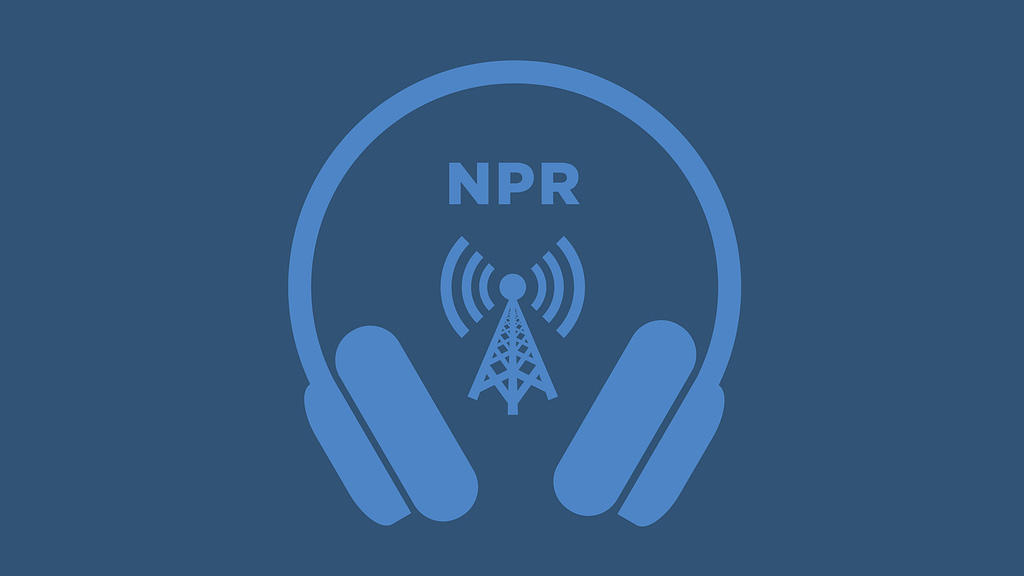 Beneath the streets of hundreds of North America's oldest cities lies a...
47 mins ago

NPR's A Martínez talks to Kathy Baughman McLeod, director of the Arsht-Rockefeller...
47 mins ago

‘We told you so’: For Black athletes racism from college fans is...
53 mins ago

Enlarge this image A man stands in front of his destroyed house...
53 mins ago

Enlarge this image Babcock Ranch, in Florida, runs on solar power and...
53 mins ago