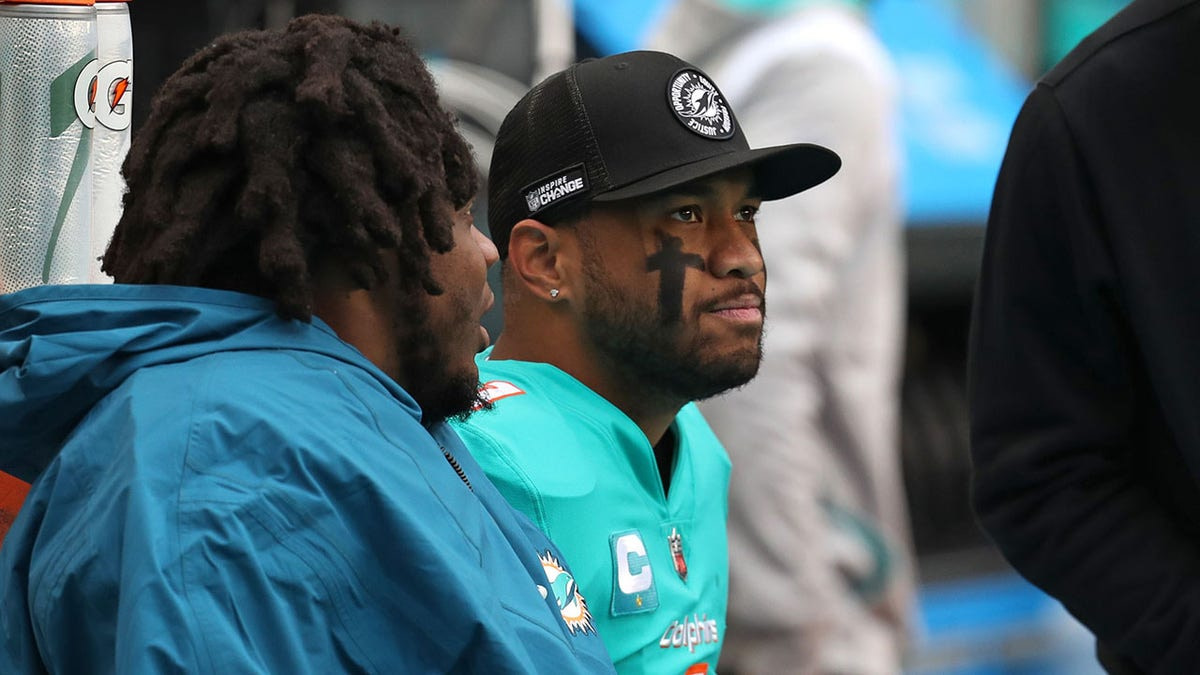 Dolphins’ Tua Tagovailoa out for playoff game against Bills, still has not cleared concussion protocol

Miami Dolphins quarterback Tua Tagovailoa has been ruled out for Sunday’s playoff game against the Buffalo Bills.

Head coach Mike McDaniel made the announcement on Wednesday as Tagovailoa has still not cleared concussion protocol.

“As of today, Tua has not been cleared by doctors to resume football activities on the field with his teammates, so because of that and because of the time that he’s missed, I can rule him out for Sunday,” McDaniel said, according to NFL Network.

The Dolphins are preparing to start rookie Skylar Thompson in Sunday’s wild-card game, according to ESPN.

“So he has not been cleared for that level yet,” McDaniel said Tuesday on whether Tagovailoa could begin non-practice drills. “I’m hoping to – with all three active roster quarterbacks, they all have injury-related concerns. I’m hoping to have some clarity on Wednesday. But as of right now, it’s literally the same, if not more vague, than when I just saw most of you guys last.”

That concussion came four days after Tagovailoa stumbled after hitting his head on a hit in Miami’s game against the Buffalo Bills in Week 3.

The Dolphins will now face the difficult task of beating Josh Allen and the Bills on the road without their top passer.

Thompson started for Miami in their playoff-clinching win over the New York Jets in Week 18 as backup quarterback Teddy Bridgewater suffered a dislocated pinky finger on his throwing hand the week prior.

Skylar Thompson of the Dolphins warms up for the New York Jets game on Jan. 8, 2023, in Miami Gardens, Florida.
( Kevin Sabitus/Getty Images)

Miami has lost five of its last six games entering the NFL playoffs.

Are you excited for any of the dozens of high-profile video game...
44 mins ago