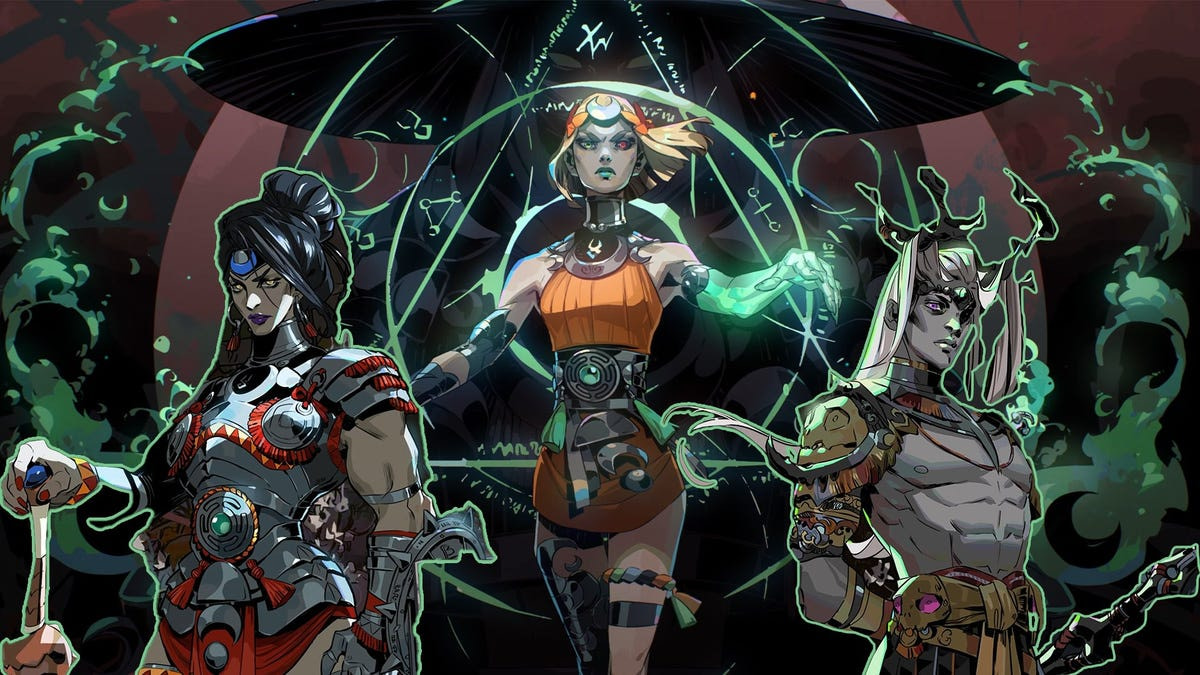 As one would expect from Supergiant Games, the character designs for the Hades II cast is all 11s in terms of how bloody good-looking (and sounding) they all are. But before we begin unapologetically thirsting on main for Melinoë, the Princess of the Underworld praise be unto her, and what one can assume to be her love interests, Nemesis and Moros, let’s open our Greek mythological textbooks and read up on them so as to better educate ourselves.

As Supergiant Games mentioned in its FAQ, there’s not much written about Melinoë in Greek Mythology. However, what is written about her birth probably wouldn’t surprise you if you have any fleeting knowledge about Zeus and his dumpster-fire sexscapades. Similar to Zagreus in Greek mythology, Melinoë’s mother is Persephone, the goddess of fertility and Spring. Her father, however, isn’t Hades but Zeus (who just so happens to be Zagreus’ true father in the old lore). After taking the form of his brother, Zeus bedded Persephone and now we have Melinoë. Why she’s known as the bringer of nightmares and madness is anyone’s guess. Excuse me while I violently cough toward the sky.

The mountain of a woman known as Nemesis, as one might surmise from her name, is the Greek goddess of revenge. Nemesis’ parentage isn’t an agreed-upon thing in Greek Mythology. According to the Latin author, Gaius Julius Hyginus, Nemesis is the daughter of the goth goddess of night, Nyx. Alternative literature says she’s another daughter of Zeus. P.S., don’t look up Helen of Troy’s parentage if you don’t want a Zeus-related headache. Similar to Hades’ domineering Megaera, Nemesis fashions a whip and sword in combat.

Moros, brother of Thanatos, is the Greek god of Doom. Going off the trailer, Moros might also serve a similar role to Thanatos narratively: one of the guys Melinoë encounters whenever you meet your untimely demise. If Supergiant Games is feeling particularly ambitious in its game design, Moros might also give you foresight with what’s to come in future stages, given he historically has the power to let people preview their deaths. How thoughtful.

As we wrote in our previous feature explaining everyone’s horniness for Hades, we have Supergiant Games art director, Jen Zee, to thank for how ungodly attractive its new characters are. The other reason you might be experiencing bodily reactions to the Hades II trailer is the stellar vocal performances of its voice actors. Much like in the original Hades, the cast in Hades II is implementing a raspy vocal fry to their voices to compliment the spiciness of Zee’s character portraits. For science, here’s a video from Megaera’s voice actor, Avalon Penrose, explaining how she gets into character. Marvelous.

Hades II doesn’t have a release date but Supergiant Games say it expects it will come out on PC and consoles whenever it does. For the time being, we can all sweatily make fan art from the trailer to keep ourselves occupied.

PrevPreviousFormer officer who kneeled on George Floyd’s back gets 3.5-year prison term
NextPatty Jenkins Reportedly Walked Off Wonder Woman 3Next
Back to Feed