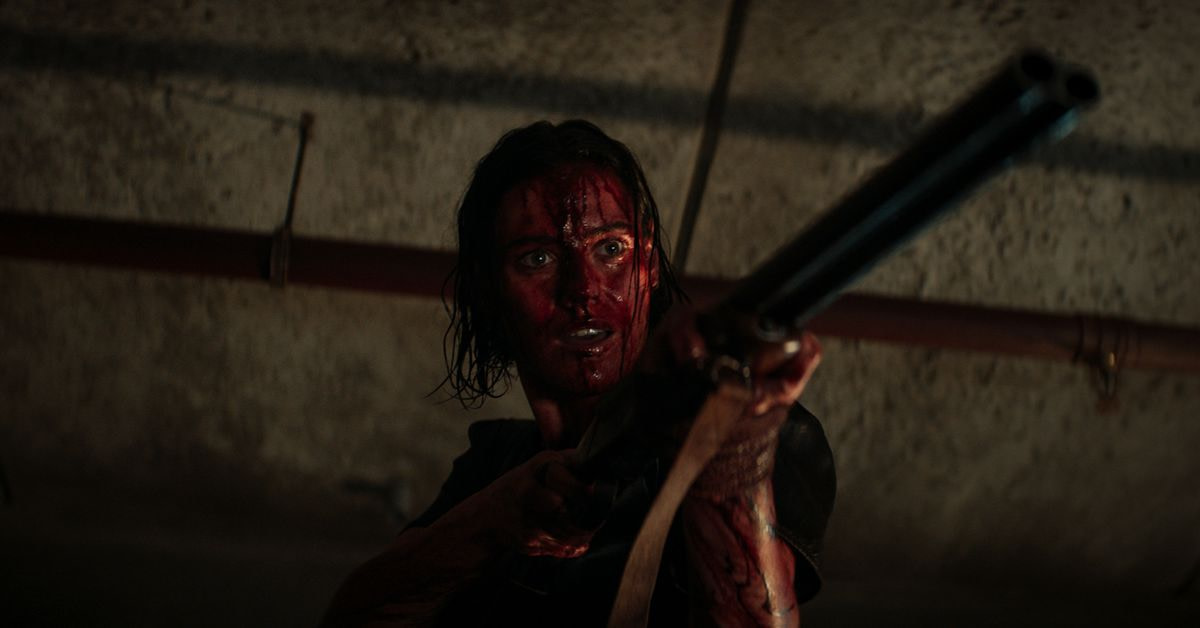 The dead are rising from their graves once again in the first look at Evil Dead Rise, the latest reboot of Sam Raimi’s classic horror-comedy franchise. The new movie’s teaser trailer was released on Tuesday, but it only gives us a brief glimpse at the larger trailer that’s arriving on Wednesday. The movie will star Alyssa Sutherland (Vikings) and Lily Sullivan (Picnic At Hanging Rock) and is directed by Lee Cronin (The Hole in the Ground), with Raimi producing. Evil Dead Rise is set for release in theaters on April 21.

Evil Dead Rise will follow Beth (Sullivan) as she reunites with her sister Ellie (Sutherland), and Ellie’s three kids. But when the group find a book in the basement of Ellie’s L.A. apartment, all manner of evil comes back to haunt the building.

This is kind of the second, arguably the third, reboot of the Evil Dead franchise since Sam Raimi directed the original, called The Evil Dead, in 1981. The first reboot — again, arguably — was 1987’s Evil Dead 2, which was sort of a sequel and sort of a do-over that expanded the first movie’s premise from suitably sill, to full-blown horror comedy, by taking everything up a notch and throwing a chainsaw into the mix.

The second, and much more clear, reboot of the series came in 2013 with Evil Dead, from director Fede Álvarez. That film foregoes most of the comedy of the original, keeping its mean spirit and its buckets and buckets of blood.

PrevPreviousThe Top Ten Most Played Games On Steam Deck: December 2022 Edition
NextFlorida Gov. DeSantis is sworn in for his second termNext
Back to Feed