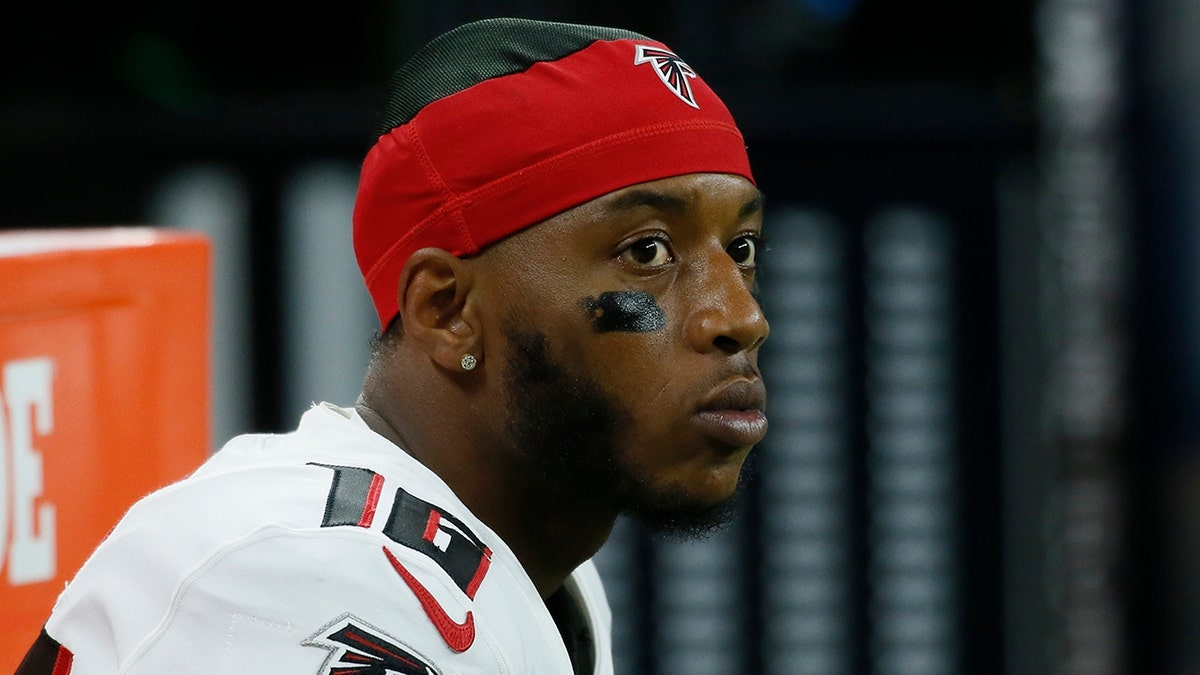 The 27-year-old Oklahoma native could face decades in prison if convicted on some of the charges he faces.

The incident occurred around 2 a.m. in Atlanta on Saturday. An Atlanta police officer observed a pickup truck speeding and failing to maintain its lane, officials said. The officer stopped the vehicle and observed that the driver appeared to be intoxicated.

Police said in a statement that Batson resisted the officer’s efforts “and violently fought with the officer.” Officials added the officer discharged his firearm but no one was struck and Batson returned to his vehicle, left the scene and charged a short distance away before trying to flee the scene.

“Multiple officers canvassed the area” and arrested Batson, who was trying to hide, police said.

The Falcons released a statement on the issue.

“We have been made aware of an overnight incident involving Cameron Batson and are currently gathering information from law enforcement agencies,” the team said. “We take this matter seriously and have no further comment at this time.”

Batson has spent the entire season on the Falcons’ practice squad. He joined the team in June, was released in August and then became a member of the practice squad.

He was an undrafted free agent when he joined the Tennessee Titans in 2018. From then until the 2021 season, he appeared in 27 games and had 22 catches for 197 yards and two touchdowns.

6:03 AM ETAssociated PressRory McIlroy overcame a final-round charge from Patrick Reed...
17 mins ago