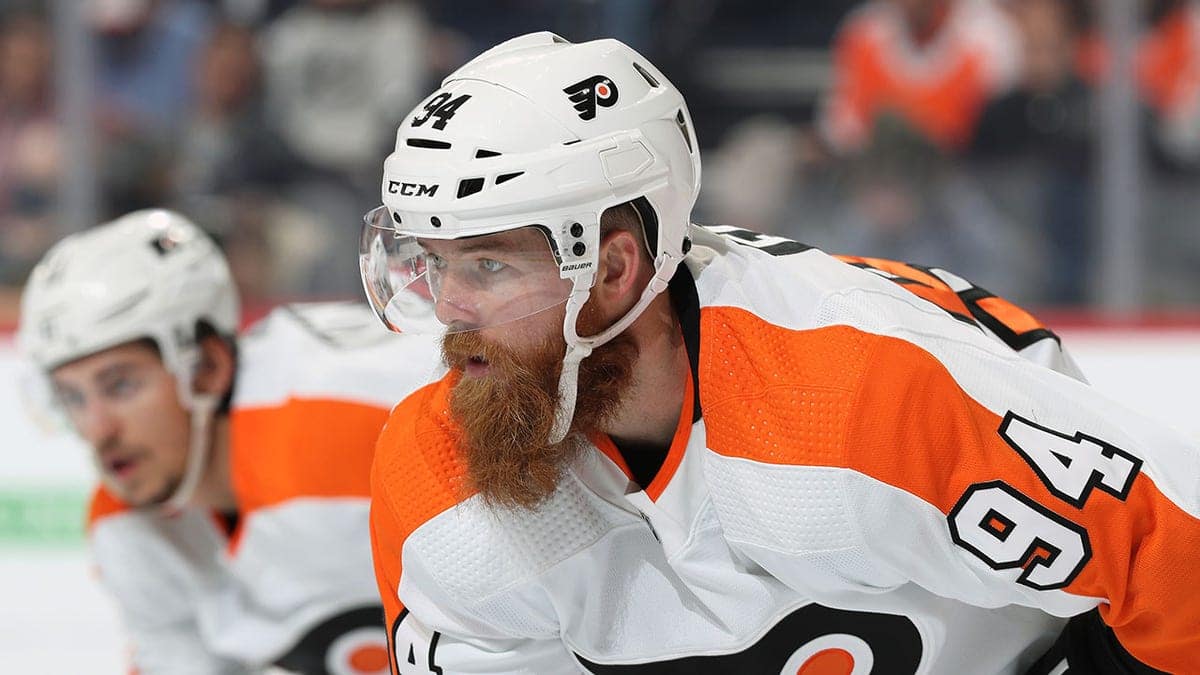 Veteran NHL defenseman Ryan Ellis will likely miss the entire 2022-2023 season with a “multifaceted” back injury that could potentially be a career-threatening one, Philadelphia Flyers general manager Chuck Fletcher revealed Thursday.

Fletcher made the announcement on the first day of Flyers training camp, adding that Ellis’ status isn’t definite.

Ryan Ellis (94) of the Philadelphia Flyers attempts to break up a pass against David Pastrnak (88) of the Boston Bruins at the Wells Fargo Center Oct. 20, 2021, in Philadelphia.
(Len Redkoles/NHLI via Getty Images)

“Ryan Ellis is out indefinitely, no timetable for his return to play,” Fletcher said, via NHL.com. “My assumption is he won’t play this season. If he does, it’ll be a bonus.”

Ellis, 31, was traded to the Flyers last year after 10 seasons with the Nashville Predators, but he only played four games before being ruled out for the season in November with a pelvic injury.

Fletcher said Thursday that the injury affects his back and abdominal area. Asked if it could be career-threatening, Fletcher replied, “Certainly that’s a possibility.”

Ryan Ellis (94) of the Philadelphia Flyers celebrates his second-period goal against the Seattle Kraken at the Wells Fargo Center Oct. 18, 2021, in Philadelphia.
(Bruce Bennett/Getty Images)

“I know we’ve been probably vague with describing the injury. I think we’ve called it multifaceted, which it is,” Fletcher explained. “There’s a psoas component of this, there’s a hip component, there’s an adductor component. So, I’m not sure that if you go in and repair one part, it’s going to fix everything we’re trying to work with. Trying to get everything back, rehab everything back.

“I’ve never heard of an injury like this. It’s very complicated. A torn psoas is a very significant injury for a hockey player, a very rare injury, so we’re doing the best we can, and we’ll just leave it up to the medical experts.”

Ryan Ellis of the Philadelphia Flyers looks on against the Boston Bruins at the Wells Fargo Center Oct. 20, 2021, in Philadelphia.
(Len Redkoles/NHLI via Getty Images)

Fletcher said the veteran defenseman showed progress early in the offseason, but the last two months showed no “visible signs of progress.”

“It’s been a frustrating injury. Nobody’s more frustrated than Ryan, nobody wants to play more than Ryan. But we’re dealing with reality now, and he’s not skating, so clearly he is a long way away from playing.”

7:40 AM ETAmanda LoudinCatherine Parenteau was pretty much born with a tennis...
3 mins ago

Piracy hasn't been as big a problem on Sony's recent PlayStation consoles,...
15 mins ago

“Driftmark,” this week’s episode of House of the Dragon, featured perhaps the...
19 mins ago

With a growing number of patients in states that now prohibit abortion...
21 mins ago

Another major piece of mobile M&A appears to be in the works...
25 mins ago

Hello and welcome back to Equity, a podcast about the business of startups,...
30 mins ago

Things compared include unused Breath of the Wild concept art, such as...
34 mins ago

Please enter your date of birth to view this video By clicking...
34 mins ago

As part of October's Steam Next Fest, Deep End Games has debuted...
34 mins ago
Load More