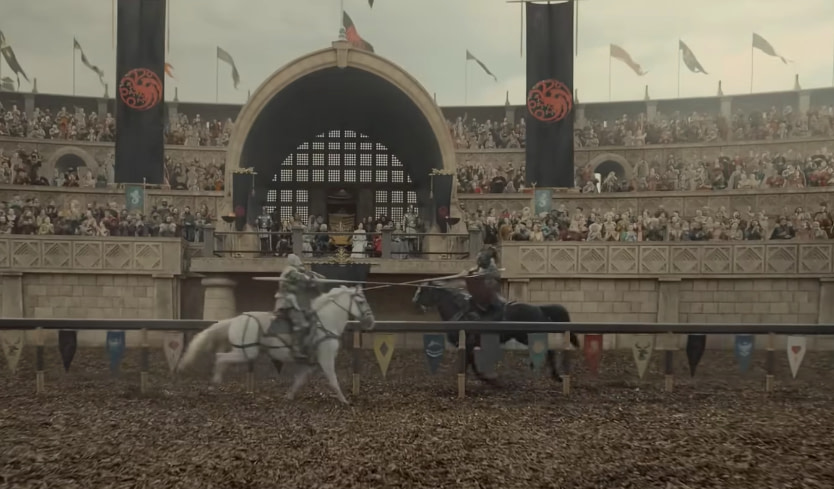 In all its years, HBO’s Game of Thrones never won a Golden Globe, despite being one of the most popular and beloved shows on TV. But the spinoff prequel series House of the Dragon won Best Drama at this week’s Golden Globes, and author George R.R. Martin is very excited about this unexpected development.

“Here’s a post I did not expect to be writing,” he said on his blog.

Game of Thrones was nominated five times during its run but never won, apart from Peter Dinklage winning Best Supporting Actor. The show itself, however, never won. House of the Dragon won Best Drama for its first season, and while Martin couldn’t be in Los Angeles for the awards show (“because… well, I have a lot to do, and I am way behind on with much of it…”), he is very excited that House of the Dragon won.

“We faced some very formidable competition. The Crown had won twice before, so we knew how much the Hollywood Foreign Press loved that show,” he said. “Better Call Saul and Ozark were both up for their final seasons, and usually a show that is bowing out gets a boost from that,” Martin said. “Last chance, and all. And Severance was also in the category, one of the hottest new shows of the past year. Against that field, I figured we were the longest of long shots.”

“But when the envelope was opened, it was House of the Dragon…”

Miguel Sapochnik (who is not returning for Season 2), Milly Alcock, and Emma D’Arcy accepted the award, and it was “great to see them get up there,” Martin said. Ryan Condal, the showrunner for House of the Dragon Season 2, couldn’t make it because he is in London “deep into pre-production” on the second season.

“But I know he’s as thrilled as I was. My hat is off to our amazing cast and crew; this is their Globe as well. And of course congratulations are due to all our friends at HBO, who made the show possible. Thanks as well to the Hollywood Foreign Press and everyone who voted for us… and everyone who voted for The Crown, Severance, Ozark, and Better Call Saul as well. Amazing shows, every one,” Martin said. “And thanks as well to all of you, our fans, viewers, and readers.”

In the blog post, Martin made it clear that, “No one expected us to win.”

PrevPreviousPuskas Award: Mbappe, Richarlison, Russo up for FIFA’s goal of the year prize
NextU.S. military veterans in suicidal crisis will be eligible for free care at any VA or private facilityNext
Back to Feed

Are you excited for any of the dozens of high-profile video game...
17 mins ago