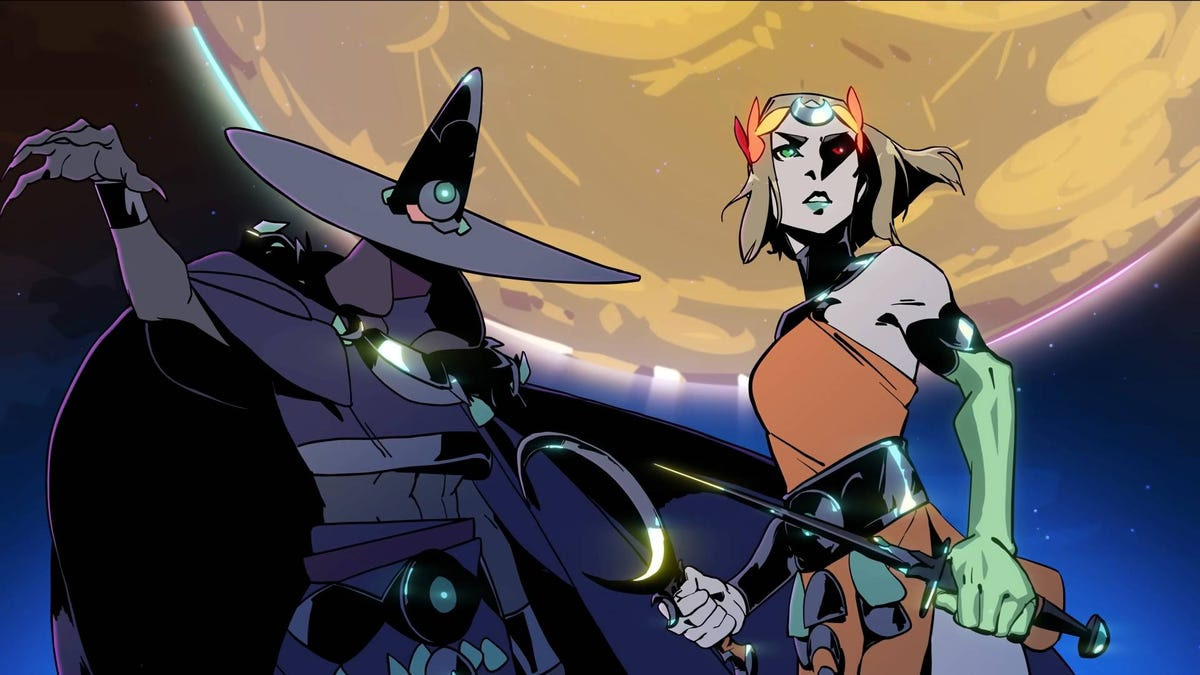 Most Hades fans were happy, while some Supergiant stans who also loved the game were dismayed at what they saw was a departure from the studio’s independent spirit. Both the gameplay and the story seemed similar to Hades, which isn’t how the studio usually approaches game design. Even the name seemed to be an overt capitulation to the realities of marketing, as this tweet suggests. If the developers of the boldly original Pyre could capitulate to the lure of money and success, then what hope was there for the rest of the games industry? Last night was not just a celebration of Hades II. It was a mourning period for fans who held Supergiant to impossible standards.

Even the official FAQ for Hades II nods at this concern:

With each of our projects over the years, we’ve aimed to take on a new challenge that stretched our team’s creativity and taught us more about how to make games well together. One such challenge we’ve long considered was to try and make a sequel that could somehow re-capture the sense of wonder and delight of its predecessor. Some of our all-time favorite games achieved this! The question is, can we?

The quote sheds some clarity on Supergiant’s official stance on sequels. They’ll make sequels if they find the challenge creatively satisfying enough. The game definitely looks and sounds like the first Hades, but it also doesn’t even have a release date yet. Despite the impressions given off by the reveal trailer,, it’s entirely possible that the game’s feel will be very different from that of the first game, or that it will be packed with surprises and innovations we don’t see coming.

What if it’s not? What if the developers have simply settled on an IP that will reliably print money? I think that’s fine. It doesn’t mean that the developers will never work on their own original projects again. Supergiant prides itself on being self-funded, and maybe the financial stability from Hades II will allow them to create another new world. Every indie game you’ve ever played was shaped by its financial circumstances. Just because developers didn’t advertise what features got cut for budgetary reasons doesn’t mean that those cuts and compromises didn’t happen. Even the classic Supergiant titles you loved were always tainted by filthy lucre. That’s why they played so well and looked so damn good.

Kotaku reached out to Supergiant to ask if the success of Hades contributed to the decision to make a sequel, and did not receive a response by the time of publication.

Supergiant Games is held to a high standard because of how it presents itself to the public. The marketing copy is conversational, the community strategy is heavily reliant on word-of-mouth, and the studio is conscientious about limiting its public appearances. But the studio isn’t a band that formed out of someone’s garage. Its co-founders were veteran developers at EA, and Bastion was published by the entertainment giant Warner Bros. Connections and money were always a core part of what made Supergiant’ games so successful. Does it diminish the artistic accomplishments of those games? Absolutely not.

But it’s important to be clear-eyed about what it actually means to be an “independent studio.” It means existing in a volatile space where developers don’t know if their employer will exist in a few years. It means making concessions and pretending that all of them were intentional. It means carrying the weight of gaming’s artistic soul even if you never asked for it in the first place. And I just don’t think it’s reasonable to hold a studio to rigid expectations based on how one developer felt about their games in 2012. Ten years have passed, and the gaming industry is significantly different from how it was then. Supergiant doesn’t have to carry the creative torch. There are so many fascinating and unique games made by scrappy studios that you’ve never heard of. It’s time that we tried to discover some of them instead of holding Supergiant to fanciful expectations.

An indie studio unbeholden to the material circumstances of the industry doesn’t exist. So I’m not mourning what Supergiant Games could have been. I’m happy that I had an opportunity to play a game like Transistor at all. It was always a miracle that Supergiant got to be what it was for as long as it did. Some studios seem to produce more miracles than others. I’m just hoping that Hades II continues to be one of them.

PrevPreviousRavens likely to start Huntley over injured Lamar
NextTips are a con. Starbucks is only the latest company to take advantage.Next
Back to Feed

A Russian national was indicted for helping an oligarch evade US sanctions...
48 mins ago

CNN  —  CNN Opinion contributors assess the high and lows of President...
59 mins ago