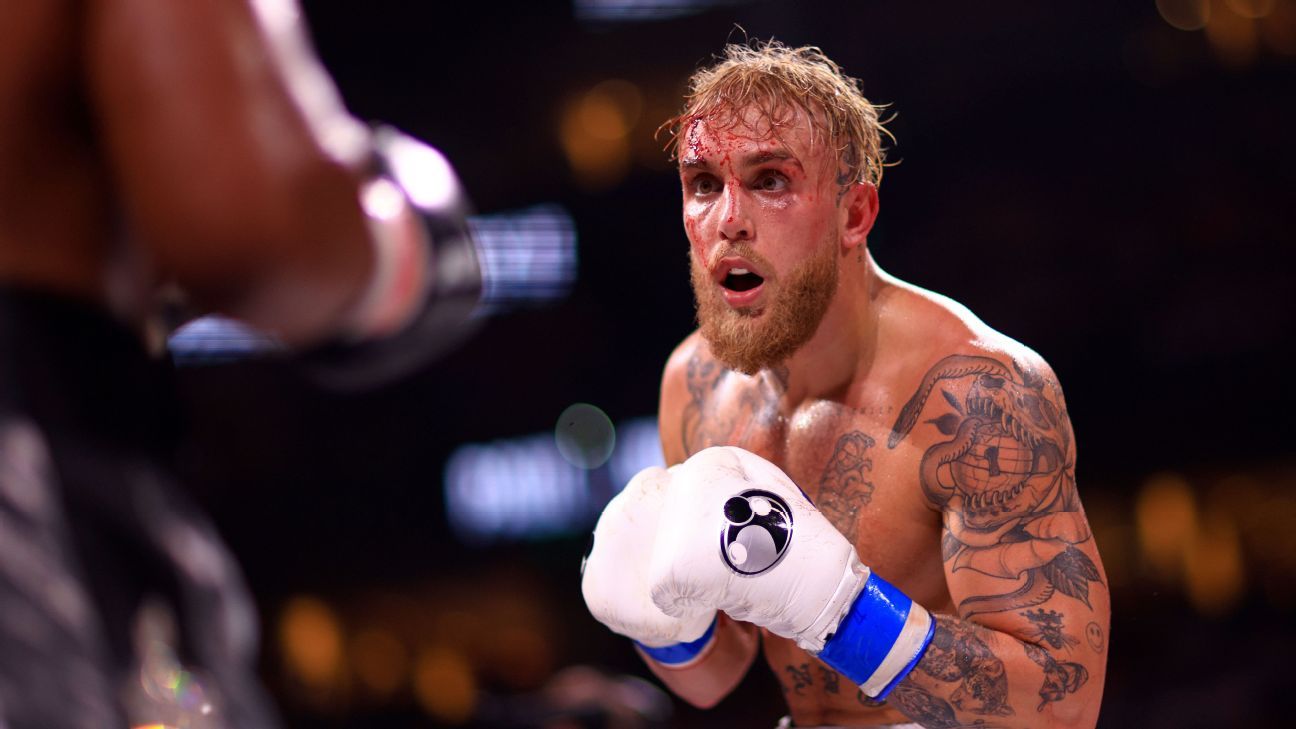 Jake Paul is moving into mixed martial arts and will do so with the Professional Fighters League.

The entertainer and social media influencer-turned-professional boxer announced Thursday that he has signed an MMA contract with PFL. Terms of the deal were not disclosed, but PFL chairman and co-founder Donn Davis told ESPN it is a multifight, multiyear deal.

Paul, 25, holds a professional boxing record of 6-0 with four knockouts. His highest-profile fights have come against MMA fighters, including former UFC champions Tyron Woodley and Anderson Silva. Paul has teased a transition to MMA in the past but is expected to continue his professional boxing career as well.

“I’ve proven myself in and out of the boxing ring and now I am going to do the same in MMA,” Paul said in a statement. “There is no limit to the positive impact I can make on the sport. I plan to enter the PFL SmartCage and once again show the world that anything is possible with hard work and dedication.”

There is no time frame for Paul’s MMA debut, but he told The New York Times that he wants to face MMA superstar Nate Diaz this year — first in a boxing match then in a MMA fight with PFL. Diaz, 37, is currently a combat sports free agent after he fought out his UFC contract for the first time since 2007.

Davis said it could take a full year for Paul to make his MMA debut but that it will be a serious venture whenever it happens.

“I think what’s made Jake interesting to fans is that he works hard and he doesn’t underestimate what it takes,” Davis told ESPN. “He knows he’s not ready [for his MMA debut] right now, but he’s starting to train. I think it’s going to be about one year from now, so early 2024, where you’ll see him take on his first opponent. But the kind of opponents he is thinking of will shock the world in terms of their status and name brand.”

Paul’s deal is the first of PFL’s newly developed “Pay-per-view Super Fight Division,” which is separate from its regular-season rosters. The PFL held its first pay-per-view event on ESPN in November and intends to host two more PPV events in 2023. Those events are expected to air on ESPN in the U.S. and DAZN internationally.

Fighters signed to the Super Fight Division will appear on those events, with a 50% revenue share between the promotion and athletes.

In addition to eventually competing, Paul has accepted the role of head of fighter advocacy at PFL, which will essentially see him promote the series’ athletes and assist in recruitment. Paul and his business partner Nakisa Bidarian have been made minority equity owners in the PFL brand, according to a news release.

“As Head of Fighter Advocacy, I will consistently promote PFL fighters and I invite all top MMA fighters, both men and women, to join the PFL and get a payday like they’ve never had before.” Paul said.

Paul, who boasts 21.5 million followers on Instagram and another 4.5 million on Twitter, broke into combat sports in 2020 as something of a novelty act but has steadily improved both his skill and level of competition. His past four opponents — Silva, Woodley (twice) and Ben Askren — were all considered past their competitive prime but also carried far more combat sports experience. Paul’s most recent win was against Silva in October.

He has loudly advocated for fighter rights and pay, both in boxing and MMA. He has also butted heads with UFC president Dana White regarding his in-ring accomplishments and fighter rights.

1:46 PM ETSan Francisco 49ers running back Elijah Mitchell is inactive for...
28 mins ago

Editor’s Note: Lynda Lin Grigsby is a journalist and editor who has...
39 mins ago