Jason Mantzoukas on Putting the Teenager in Tellarite on Star Trek: Prodigy

Whether you know him from his podcast How Did This Get Made?, his roles in movies and shows like John Wick: Chapter 3, The League, and The Good Place, or his many voiceover parts, actor Jason Mantzoukas is seemingly ubiquitous. And these days, one of his more high-profile roles is as the alien Jankom Pog on the animated series Star Trek: Prodigy.

With Prodigy currently finishing out its first season, I spoke to Mantzoukas about his work on the show, what it’s like to play a teenage Tellarite, and how deep his Star Trek knowledge really goes. Read on for all that and more.

Putting the Teenager in Tellarite

The main characters of Prodigy are unique in the Star Trek world in that they’re mostly a bunch of kids. Mantzoukas’ character, for example, is a 16-year-old Tellarite, a race first seen on Star Trek: The Original Series that is known for its argumentative nature. For the actor, bringing Jankom Pog to life meant merging the teenage nature of the character with the contrarian ways that his species is known for.

“Being a Tellarite allows Jankom and me to play a contrarian personality, which I just find delightful,” Mantzoukas tells IGN. “It is very fun to be able to play a character who is constantly contrarian to the way that everybody else is going. Even when it’s patently clear that he’s wrong, it’s both very fun and also very funny, I think, that he’s constantly coming at them with an opposite point of view when clearly they should all just be in agreement. The Tellarite in him is really fun to play.”

“Star Trek doesn’t really have coming-of-age stories very much, and this is that on steroids,” says Mantzoukas. “This is an entire crew that is coming of age. And so I think there’s a lot of innocence and a lot of discovery inside of the storylines, especially [with] Jankom Pog learning what it is to be a Tellarite. And the Tellarite are initial members of Starfleet or the Federation, and he immediately perceives himself to be royalty.”

Ultimately, even though the Prodigy crew are a bunch of aliens with funny foreheads, they’re basically just kids. And that’s sort of the point of the show, which is the first Trek series to specifically target a younger demographic.

“This is a cast of characters who are really searching for meaning in themselves, and I think that’s a very teenager kind of space to be in,” the actor continues. “[Jankom] is very kind of gruff and has his attitude and all the laughing and the bravado, but I also think that’s masking [that] he doesn’t know who he is. Just like the rest of them, he doesn’t really know who he is, where he came from, how he came to be. So I think that’s a big part of it.”

To Be a Trekkie or Not to Be

Mantzoukas may be one of the stars of Prodigy, but his love for the current run of Star Trek shows goes deep. He confesses that the other animated Trek show out there right now, Lower Decks, is his favorite at the moment, even while he adores Prodigy and the live-action Strange New Worlds too.

“I love that all these shows are now slicing the Star Trek universe into different stylistic choices,” he says. “The idea that they can be doing a workplace comedy inside of very hard Star Trek sci-fi [with Lower Decks is] very fun. Strange New Worlds, the Anson Mount show, I thought that was fantastic. … And of course, I’m a fan of the old stuff too. But there is something quite vibrant about these three shows that I feel really is pretty special right now, that they’re all on the air and thriving.”

That said, Mantzoukas does not describe himself as a full-on Trekkie.

“I’ll be honest,” he says. “I’m not a hardcore Trekkie, no. I’m a medium [Trekkie]. I would say I’m pretty much an intermediate. I can’t go back and forth with you about Deep Space Nine. There’s a lot of stuff I missed, but I will say, doing this show and watching Lower Decks has prompted me to go back and revisit Next Generation stuff, revisit stuff that I might have watched and forgotten. There’s so much history and so much canon and so much lore inside of our show that it’s been fun to be prompted to be like, ‘Oh, I’m going to go back and watch other instances of the Borg.’ Because I’m like, ‘Oh, I know what that is.’ But maybe the last time I saw the Borg was 20 years ago or something like that.”

Indeed, this week’s episode of Star Trek: Prodigy, “Masquerade,” features references to a plot point from a Next Generation episode from 1987 (not to mention an appearance by the guest actor from that episode, Billy Campbell). Fortunately, the Prodigy production team is sure to keep its voice cast looped in on such instances when it comes time to record their dialogue.

“That’s the kind of stuff that I love and that, when we’re recording, we talk about a lot because [the “Masquerade” callback] is a perfect example of the stuff that I will miss,” says the actor. “Those callbacks or those homages, I will sometimes miss, and it’s so fun to talk about it with the guys that are on the recordings because they’ll make sure and highlight it for me to be like, ‘Oh, just to make sure you know, what we’re doing here is this.’ And it’s just everyone from [creators] Kevin [Hageman] and Dan [Hageman] to [voice director] Brook [Chalmers], who reads with me. They’re so inside of it and it’s so exciting. There’s a real, not just a reverence, but a delight. And that’s really exceptional.”

Talk to Executive Editor Scott Collura on Twitter at @ScottCollura, or listen to his Star Trek podcast, Transporter Room 3. Or do both! 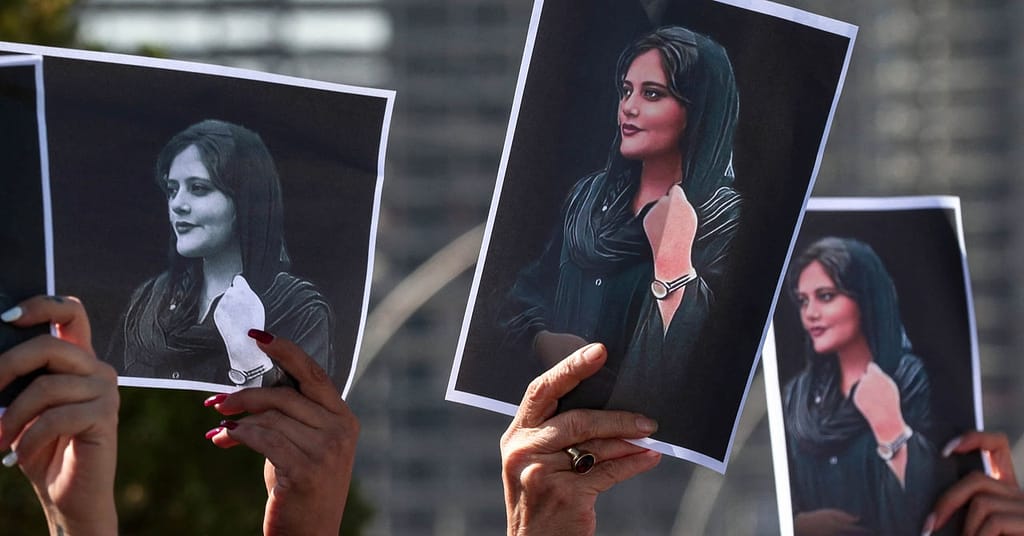 Amazon’s Creep Into Health Care Has Some Experts Spooked

As a nerdy, nature-loving kid growing up in France, Barbara Belvisi daydreamed...
30 mins ago

The Nest Wifi Pro is the latest mesh router from Google. In...
30 mins ago

Kevin Butler tossed a napkin into the trash and later took it...
1 hour ago

HONOLULU -- Prayer. Bombs. Walls. Over the decades, people have tried all...
1 hour ago

Warriors’ Bob Myers tired of hearing ‘Mamba Mentality’, suggests athletes ‘Come up with something else’

Chinese protesters are reacting to a broken social contract

As protests against China’s “zero-Covid” policy swept the country over the weekend...
2 hours ago
Load More