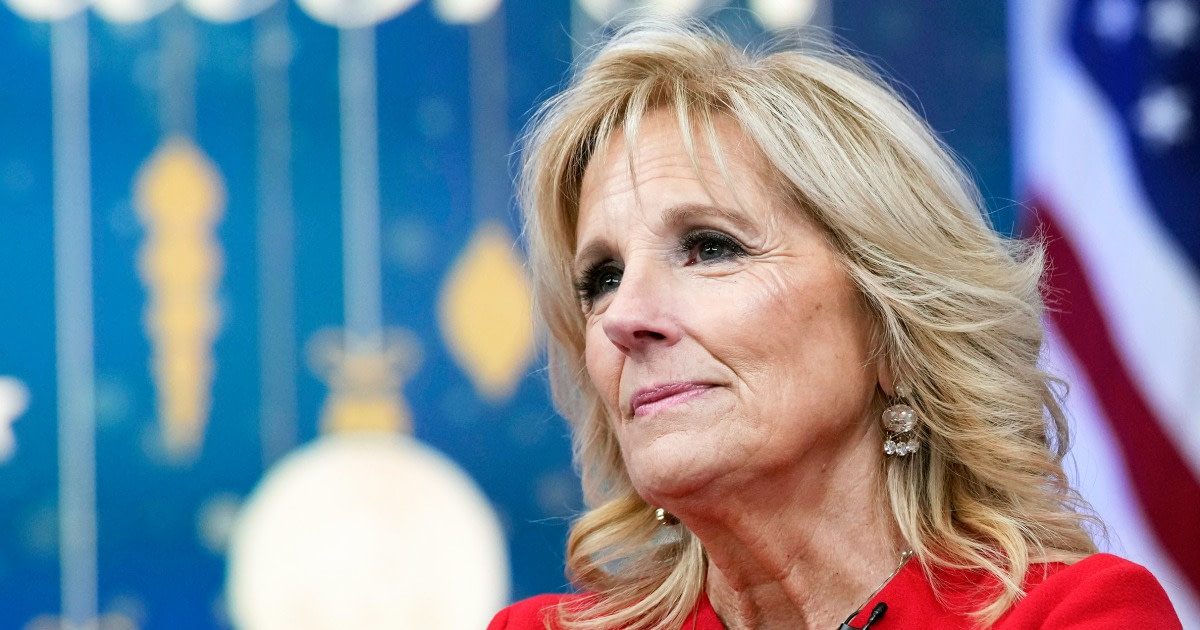 First lady Jill Biden will undergo surgery next week to remove a lesion found above her right eye, according to a medical memo released Wednesday by her press secretary.

The president’s physician, Kevin O’Connor, said in the memo that a “small lesion” was found above Biden’s right eye during a routine skin cancer screening.

“In an abundance of caution, doctors have recommended that it be removed,” O’Connor said.

The first lady is scheduled for what O’Connor referred to as a “common outpatient procedure” known as a Mohs surgery to remove and examine the tissue. That procedure will take place Jan. 11 at Walter Reed National Military Medical Center in Bethesda, Md.

Additional information was not immediately available, though more details would be provided after the procedure, Biden’s press secretary, Vanessa Valdivia, who released the memo in a tweet Wednesday night, told NBC News.

According to the American Cancer Society, Mohs surgery involves removing a very thin layer of the skin, including the lesion, and checking the sample under a microscope. If cancer cells are found, additional layers of skin are removed until samples are free from cancer cells.

Beau Biden, the president’s son, died in 2015 after a long battle with brain cancer.

Jill Biden, 71, has been an advocate of cancer prevention and treatment, and teamed up with the American Cancer Society in October to launch roundtables on breast and cervical cancer.

Her scheduled surgery comes roughly a year after she vowed to “end the tragedy of cancer as we know it,” by working to support cancer patients and their families and encouraging Americans to prioritize cancer screenings.

Zoë Richards is the evening politics reporter for NBC News.

PrevPreviousTrump’s spell over GOP breaks with McCarthy meltdown
NextSony at CES 2023: Everything AnnouncedNext
Back to Feed