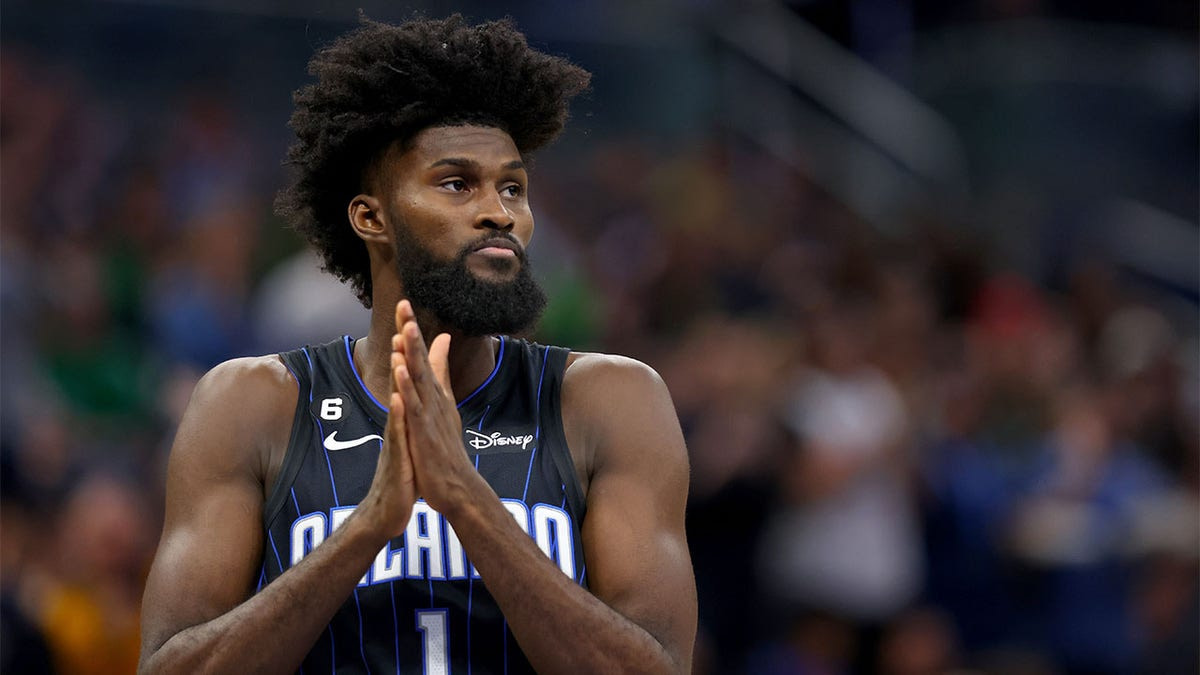 Orlando Magic forward Jonathan Isaac made his long-awaited return to an NBA court Monday night against the Boston Celtics, scoring 10 points in a 113-98 win for the Magic.

Isaac played in his first NBA game since Aug. 2, 2020, when the former No. 6 overall pick tore his ACL in the NBA’s bubble in Orlando.

After missing two full seasons and half of the 2022-23 campaign, Isaac finally was allowed to suit up, playing on a minutes restriction against Boston.

SHANNON SHARPE APOLOGIZES FOR ROLE IN HEATED INCIDENT DURING LAKERS-GRIZZLIES GAME: ‘I WAS WRONG’

“There were days where I was like I don’t know if I want to keep going,” Isaac said after the game, according to ESPN. “But then again, I have to thank Christ. Being able to go back to my faith and say God has me on this journey for a purpose. I know that I was made to play basketball. I was made to give glory to God on this stage.”

The former Florida State product made two of his three three-point attempts, grabbing three rebounds and adding two steals as Orlando beat the top team in the Eastern Conference for the third time this season.

“The league can be unforgiving,” Boston interim coach Joe Mazzulla said.  “Guys with injuries go through ups and downs. For him to battle through for the last two years, and mentally and physically work at it each day, that’s a win.

Jonathan Isaac, #1 of the Orlando Magic, drives to the basket during the game against the Boston Celtics on Jan. 23, 2023 at Amway Center in Orlando, Florida.
(Fernando Medina/NBAE via Getty Images)

“There’s so much going on in the league all the time. Guys are getting stronger and bigger and faster all the time, and so to be able to play at such a level with such adversity, I think is impressive. You have to be able to embrace that in this league, because there is a lot of change going on constantly.”

Isaac first injured his knee in January 2020 before returning for Orlando’s games in the NBA bubble, which was created due to COVID-19.

In his second game after returning from a hyperextended left knee, Isaac tore his ACL against the Sacramento Kings, causing him to miss 211 straight games as he went through rehab.

Jonathan Isaac, #1 of the Orlando Magic, looks on during a game against the Boston Celtics at Amway Center on Jan. 23, 2023 in Orlando, Florida.
(Mike Ehrmann/Getty Images)

Isaac played in three games for Orlando’s G League affiliate before suiting up for the Magic Monday night.

“It felt fantastic,” he said. “Tonight is barely scratching the surface of what this team is trying to be. I really do believe the sky is the limit.”

PrevPreviousFrom Suni Lee to Olivia Dunne, gymnasts have more options than ever
NextYoko Taro Says New Nier Could Come “Tomorrow” Or “35 Years From Now”Next
Back to Feed