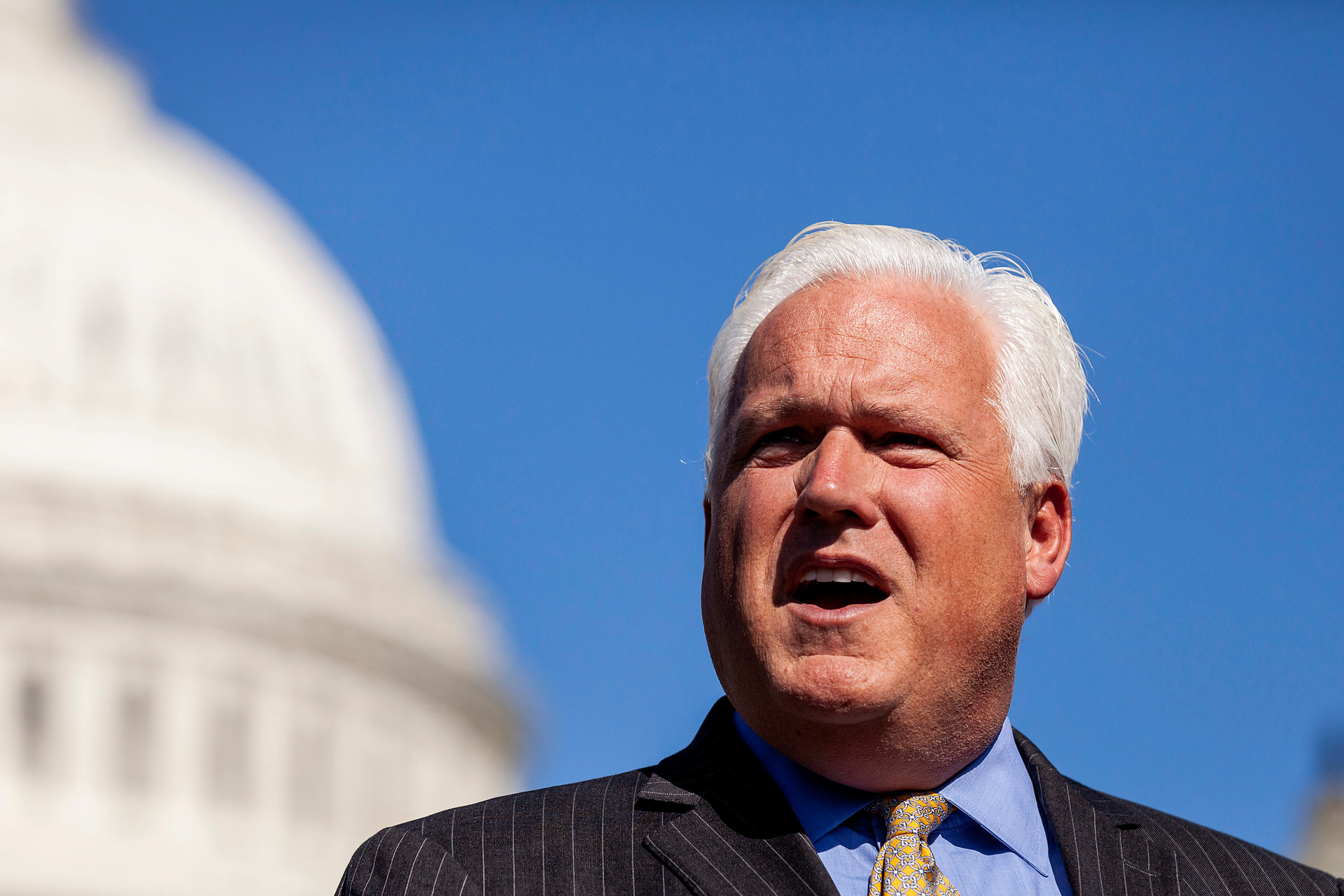 The operative, who worked as an aide to Georgia Republican Senate nominee Herschel Walker last year, told NBC News that Schlapp “reached in between my legs and fondled me” during a car ride that followed a night of drinking at two Atlanta bars on Oct. 19. He is seeking $9.4 million from Schlapp and his wife, Mercedes Schlapp, on four civil counts related to allegations of “sexual battery” and claims that the Schlapps and others dishonestly tried “to discredit” him, according to a copy of the lawsuit.

Both NBC News and the Daily Beast, which first reported the allegation, granted anonymity to the operative, who was concerned about potential professional harm from openly accusing a leader in the conservative movement of unwanted groping. In the lawsuit, he is identified by the pseudonym “John Doe.”

Schlapp has not spoken publicly to the charge, but he tweeted a response from his family’s attorney, Charlie Spies, on Tuesday.

Spies added that “the Schlapps and their legal team are assessing counter-lawsuit options.”

ACU is the organization behind the Conservative Political Action Conference, a swap meet of sorts for right-wing political groups and operatives that has become a must-attend event for Republican presidential candidates.

In an interview with NBC News earlier this month, the operative said Schlapp invited him to meet at an Atlanta bar. He showed up hoping that a stronger connection to the ACU leader could help him professionally. The two men drank at two bars and Schlapp began intruding into his physical space, bumping legs, as the night wore on, he said. As the operative drove Schlapp to a hotel near the Atlanta airport at the end of the night, Schlapp put his hand on operative’s leg, the operative said. Eventually, the operative said in a video he recorded later that night, Schlapp “grabbed my junk and pummeled it at length.”

“To my shame, I did not say ‘no’ or ‘stop,’” the operative said in the video, a recollection he repeated in the interview with NBC News. “God knows it was not a wanted advance.”

Shortly after midnight on Oct. 20, within hours of the alleged incident, the operative recorded the video of himself recounting what he says Schlapp did. A senior official on the Walker campaign confirmed that the operative shared the allegation with supervisors that morning. Campaign officials made a lawyer available to the operative and told him he did not have to chauffeur Schlapp again for a second day.

When Schlapp texted to say he was in the lobby ready to be driven, the operative replied with language suggested by campaign officials.

“I did want to say I was uncomfortable with what happened last night,” he texted, according to screen shots he shared with NBC News. “The campaign does have a driver who is available to get you to Macon and back to the airport.”

“Pls give me a call,” came the reply from Schlapp, according to the screen shots. Schlapp repeatedly called the operative, who did not answer, according to screen shots of the staffer’s phone log, including twice at 7:53 a.m. and once at 8:09 a.m. The operative shared Schlapp’s phone number with NBC News to verify that the messages and phone calls came from the ACU chief.

6:03 AM ETAssociated PressRory McIlroy overcame a final-round charge from Patrick Reed...
28 mins ago