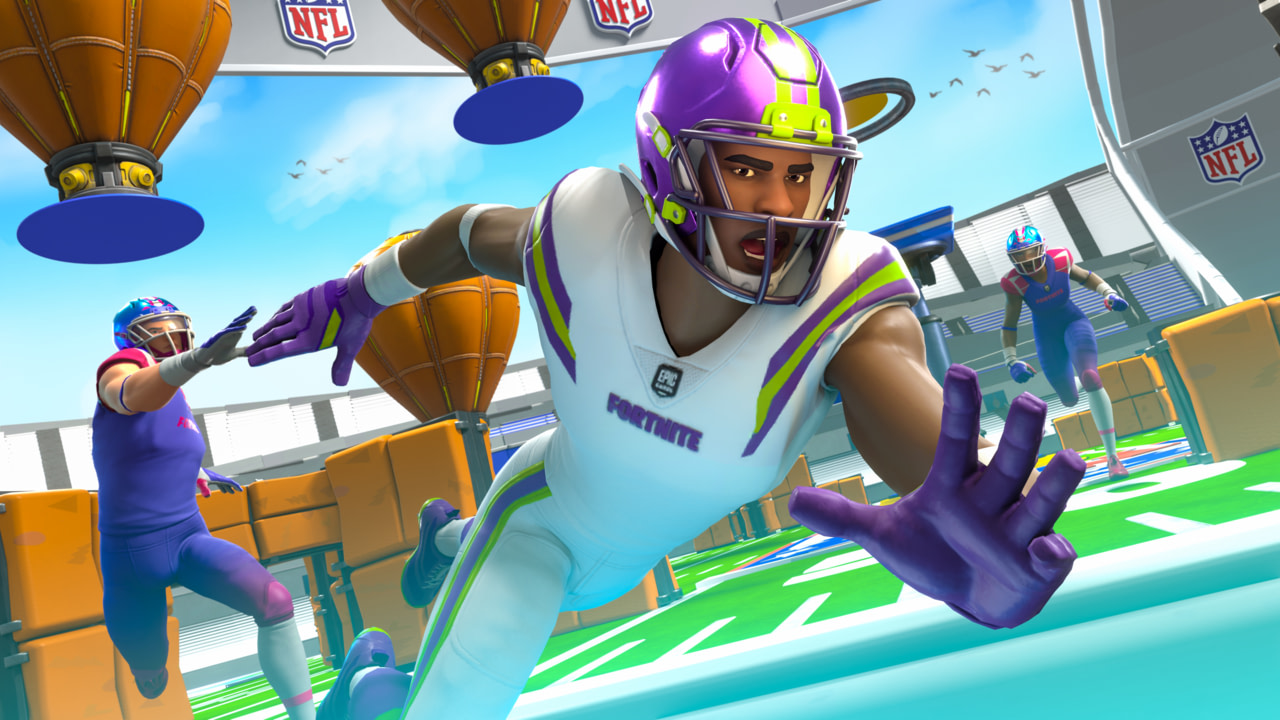 The National Football League has introduced NFL Zone, a new and permanent social experience within Fortnite Creative which will allow fans to interact and play new variants of classic multiplayer modes with an NFL twist.

NFL Zone will include a virtual tailgate area for fans of Fortnite and football to congregate on game day, as well as a stadium complete with its own minigame experience: Blitz The Bag, a “capture the flag” style game where players must find a item and bring it to one of the stores around the stadium before the other team.

The hub world will also contain portals to maps inspired by all 32 NFL teams, with each one featuring a second minigame: Seek and Sack, which is a new take on the “search and destroy” format. Only one team-themed map is available now–the San Francisco 49ers map–with the remaining 31 teams’ maps coming “in subsequent months.”

The NFL Zone is the latest interactive experience from established within Fortnite’s creative mode, with other recent examples being iHeartRadio’s iHeartLand and the Martin Luther King tribute experience March Through Time.

PrevPreviousClyburn, hoping to continue in Dem leadership, faces high-profile challenger
Next5 methods for leveraging digital advertising during a downturnNext
Back to Feed

The release of Dead Space Remake last month has been warmly received...
30 mins ago

Nick Offerman, who starred in the latest episode of HBO's The Last...
54 mins ago

Sony released its latest earnings report this week, and it showed that...
54 mins ago

Sony released its latest earnings report this week, and it showed that...
54 mins ago

A new Nintendo Direct will reportedly be held next week, as Giant...
56 mins ago