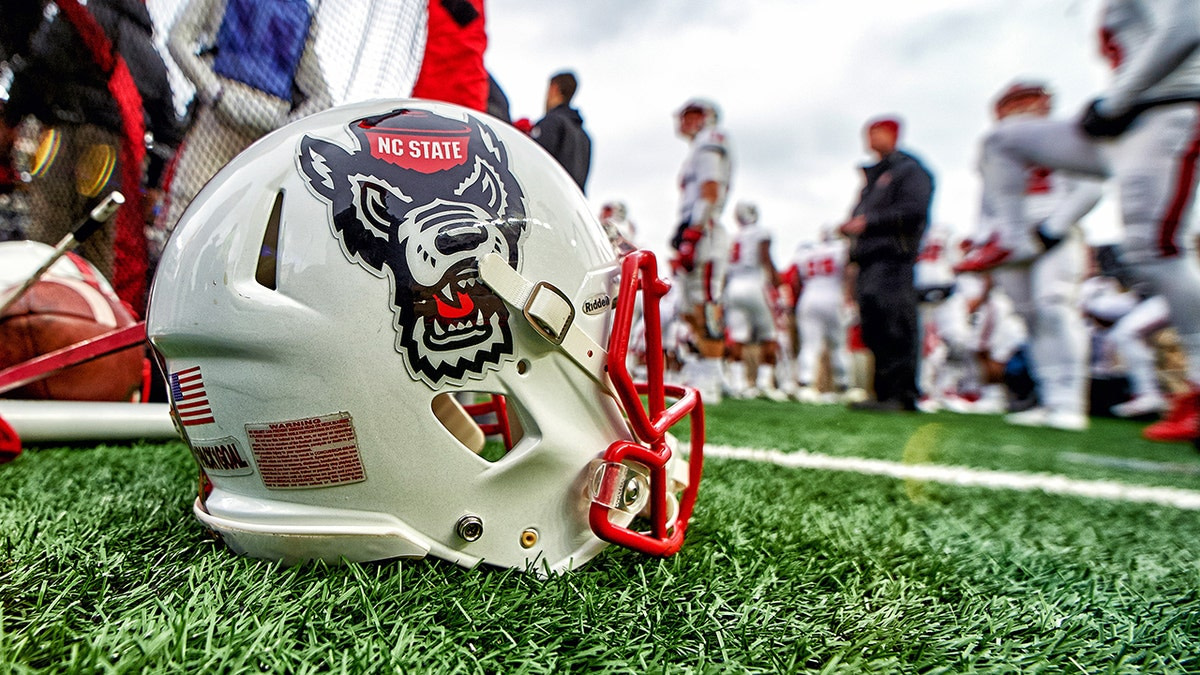 North Carolina State broadcaster Gary Hahn will be reinstated later this month after he made a reference to “illegal aliens” during the Sun Bowl in El Paso, Texas, last week.

While calling the Duke’s Mayo Bowl, where the Wolfpack were playing against the Maryland Terrapins, Hahn gave a score update on the Sun Bowl in west Texas, when he made the comment.

“One other bowl game involving an ACC team going on, that’s the Sun Bowl, and among all the illegal aliens down in El Paso, it’s UCLA 14 and Pittsburgh 6,” Hahn said.

N.C. State helmet during their game against the Clemson Tigers on Oct. 1, 2022, at Clemson Memorial Stadium in South Carolina.
(John Byrum/Icon Sportswire via Getty Images)

Outcry on social media led to the suspension.

Learfield Communications suspended Hahn indefinitely over the remarks. But the Raleigh News & Observer reported Tuesday that Hahn will be back calling games for the Wolfpack on Jan. 14. OutKick also confirmed the news. Learfield didn’t immediately respond to Fox News Digital’s request for comment.

Hahn has been the voice of N.C. State football and men’s basketball for more than 30 years.

Meanwhile, El Paso residents spoke out about the situation at the U.S.-Mexico border. Two moms from the city joined “Fox & Friends” last week to appeal to the Biden administration and local leaders to protect residents in the area amid the border crisis.

A North Carolina State helmet rests on the ground during the Notre Dame game on Oct. 28, 2017, in South Bend, Indiana.
(Robin Alam/Icon Sportswire via Getty Images)

“It’s very out of the ordinary and very scary because we don’t know who’s coming to our country like this,” said Yvette, who has two children attending a local school.

President Biden on Wednesday announced he intends to visit the border for the first time ever.

House Speaker Kevin McCarthy speaks with reporters as he departs the U.S....
1 hour ago