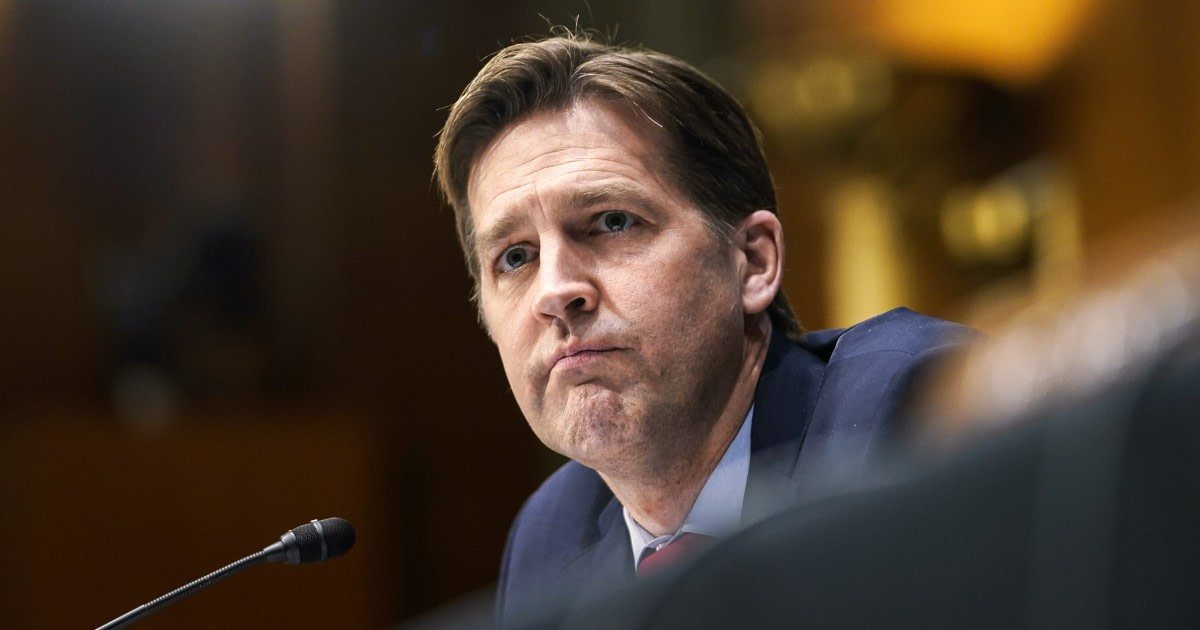 Nebraska Republican Gov. Jim Pillen announced Thursday that former Gov. Pete Ricketts will fill the seat previously held by former GOP Sen. Ben Sasse, who officially resigned this week to return to academia as president of the University of Florida.

Ricketts, a Republican, will serve in the Senate for two years ahead of a 2024 special Senate election.

Sasse, a vocal critic of former President Donald Trump, officially resigned from the Senate on Sunday. He submitted his resignation last month, saying he would leave office Jan. 8 — two years into his second term.

Ricketts, who reached his term limit as Pillen’s predecessor, stated his intention last month to seek the appointment to replace Sasse.

“For me, it came down to a single question: How can I best serve the people of Nebraska and advance our conservative values?” Ricketts said in a statement announcing his bid. “In Congress, we’re in a fight for the future of our nation, and it’s a fight we have to win.”

A top political ally of Pillen, Ricketts endorsed the current governor to succeed him and was a favorite to replace Sasse.

Sasse is known as a vocal critic of Trump and his supporters in the Republican Party. In farewell remarks last week, Sasse also criticized the body that he had been a member of since 2015, saying, “This institution doesn’t work very well right now.”

“Each of us knows we should be taking a look in the mirror and acknowledging that lives lived in a politicized echo chamber are unworthy of a place that calls itself a deliberative body, let alone the world’s greatest deliberative body,” Sasse said.

“When we’re being honest with each other, which usually means when on one of the very rare occasions where cameras aren’t present, we all know that a big chunk of the performative yelling that happens here and in every hearing room is just about being booked for even more performative yelling at night on TV,” he added.

“I hear the Rickets [sic] family, who own the Chicago Cubs, are secretly spending $’s against me. They better be careful, they have a lot to hide!” Trump tweeted in 2016.

The Ricketts, however, eventually came around to supporting Trump, with the then-Nebraska governor attending a rally in support of Trump’s 2016 presidential bid.

Ricketts was also tapped by Trump in 2018 to serve on the Advisory Committee for Trade and Negotiations. Trump also praised Ricketts as a “terrific” governor the same year.

But Ricketts drew ire from Trump last year when he asked the former president to stay out of the Nebraska GOP primary for governor and urged against endorsing anyone. Trump, however, endorsed businessman Charles Herbster, who lost to Pillen.

Trump also had a bone to pick with Ricketts last year after Ricketts campaigned for Georgia Gov. Brian Kemp, who became a target of Trump for refusing to help overturn the results of the 2020 election.

Trump called Ricketts a “RINO,” an acronym for Republican in name only, for backing Kemp. Trump endorsed former Sen. David Perdue, who lost to Kemp in the GOP primary.

Ricketts at the time downplayed any differences with the former present, saying, “I agree with many of the policies of the former president. We just back different candidates,” according to the Nebraska Examiner.

PrevPreviousThey said it! Joe Burrow’s confidence tops NFL quotes of the week
NextOne Piece Odyssey Gets A Big Discount Before LaunchNext
Back to Feed