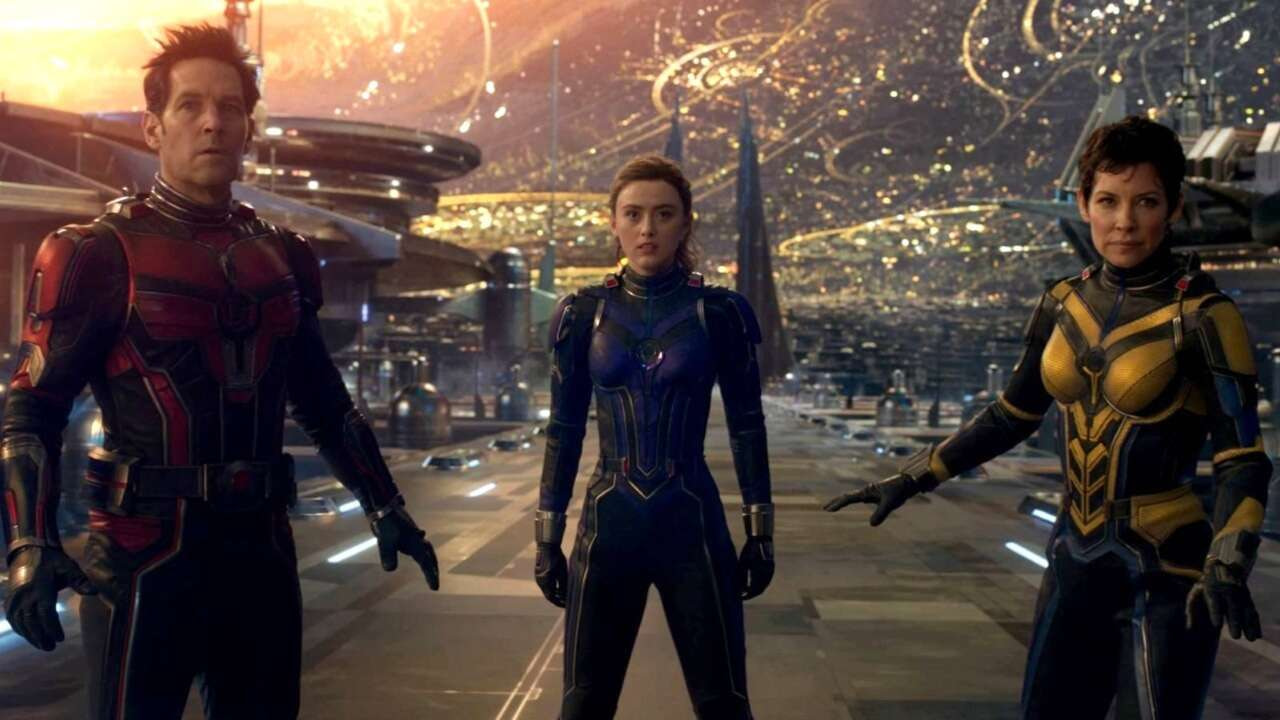 New Ant-Man And The Wasp Quantumania Trailer Shows A Darker Side Of Kang, First Look At MODOK

A new trailer for Ant-Man And The Wasp: Quantumania has arrived, and it gives us a deeper look into the upcoming movie. Additionally, we get our first look at the infamous Marvel villain MODOK–which is a man with a giant head in a flying chair.

The third Ant-Man movie arrives in theaters on February 17, and the third film in the series takes Scott Lang (Paul Rudd), and Hope Van Dyne (Evangeline Lilly) back to the Quantum Realm, thanks to an invention from Scott’s daughter, Cassie (Kathryn Newton). Returning to the tiny universe, they meet Kang the Conqueror (Jonathan Majors). Check out the full trailer below, which debuted during the College Football Playoff National Championship.

Another trailer was released for the film a few months back. The new poster–which you can check out below–shows Ant-Man, the Wasp, and Cassie Lang all suited up as Jonathan Majors’ Kang makes an appearance in the background. The poster’s tagline reads “witness the beginning of a new dynasty,” referencing Avengers: The Kang Dynasty, which the MCU is headed towards with the dawn of Phase 5.

Based on information announced so far, this movie will–unlike other recent MCU offerings–include meaningful connections to the rest of the franchise. Kang the Conqueror was first introduced in the Loki series, and he features prominently in the first Quantumania trailer. And since he’s the main big bad of this upcoming stretch of MCU stories, you can bet that this movie is going to lay a lot of groundwork for the next couple years of the MCU’s overall plot. (Then again, we also thought the same would be the case with the most recent Spider-Man and Doctor Strange movies.)

Those looking to get up to speed before the movie’s release on February 17 can consider checking out Ant-Man, Captain America: Civil War, Avengers: Infinity War and Ant-Man & the Wasp (they happen simultaneously), and Avengers: Endgame. Our comprehensive overview on the movie and Phase 5 has other tips.

While Call of Duty 4’s iconic Barrett anti-materiel rifle and the loud,...
15 mins ago