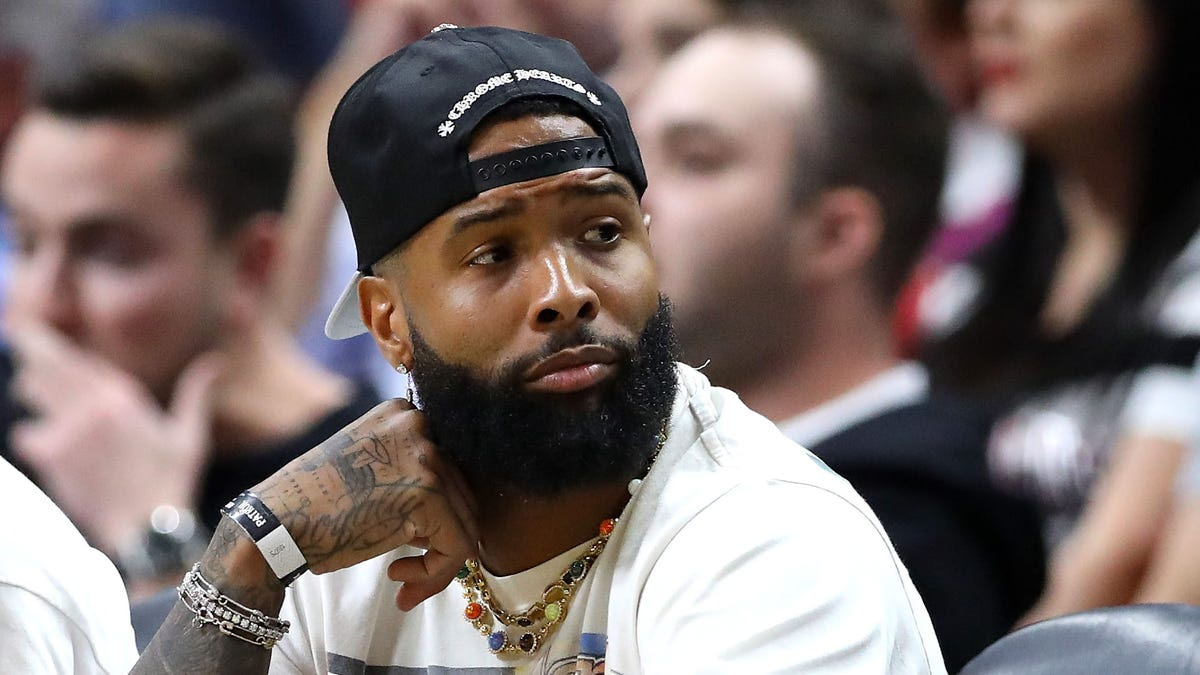 Daniel Davillier, lawyer for NFL free agent Odell Beckham Jr., shared his client’s side of an incident in which he was escorted off a plane in Miami by police after failing to listen to flight attendants who told him to fasten his seat belt.

Miami-Dade Police Department released a statement via NFL Network that said Beckham was “in and out of consciousness” and that the flight attendants feared he was “seriously ill.”

“At approximately 9:30 a.m., officers from Miami-Dade Police Department, were dispatched to a medical emergency at an American Airlines flight,” police told NFL Network in a statement. “The flight crew was concerned for a passenger (Mr. Odell Beckham), as they tried to wake him to fasten his seat belt, he appeared to be coming in and out of consciousness, prior to their departure. Fearing that Mr. Beckham was seriously ill, and that his condition would worsen through the expected 5 hour flight, the attendants called for police and fire rescue. Upon the officers (sic) arrival, the flight crew asked Mr. Beckham several times to exit the aircraft, which he refused.”

Davillier has an entirely different story, saying instead that Beckham was sleeping and did eventually fasten his seat belt.

“Odell Beckham Jr. boarded a morning flight in Miami without any problems,” Davillier began in a lengthy statement to NFL Network. “The flight was delayed after boarding and prior to take off. Mr. Beckham fell asleep with his blanket over his head, which is his normal practice for long flights. He was [awakened] and told that the plane was back at the gate and that he needed to get off the plane because he did not put his seatbelt on when asked. He responded that he was asleep, and that he would put his seatbelt on at that time. He was informed that it was too late, and that either he would have to get off the plane or everyone would have to deplane.

“That incident was unnecessary. Sleeping on a plane should not be a cause for removal from a flight. If they could wake him up when the flight returned to the gate, then they could have done the same thing to ask him to put on his seatbelt.”

Beckham posted a bunch of tweets presumably in response to what occurred.

“Never in my life have I experienced what just happened to me… I’ve seen it all..,” he tweeted.

“I COULD NEVER MAKE THIS UP.”

This isn’t the best news for Beckham, who has reportedly been meeting with teams to figure out who will have the best deal for him to sign. However, it doesn’t appear Beckham is being charged with anything in this situation.

The Dallas Cowboys and New York Giants are among the teams looking into his services, though it could be possible that Beckham met with the Miami Dolphins as well, considering where his flight incident occurred.

Beckham was reportedly set for team meetings after Thanksgiving.

Beckham had been recovering from an ACL tear that he suffered during the Super Bowl in February with the Los Angeles Rams, who defeated the Cincinnati Bengals to give Beckham his first career ring. He had a touchdown catch in the game prior to his injury occurring at SoFi Stadium.

PrevPreviousNew York City DA Bragg downgrades 52% felonies to misdemeanors
NextRams’ Sean McVay accidentally hit in jaw by own player: ‘It was a good shot’Next
Back to Feed

Sony released its latest earnings report this week, and it showed that...
23 mins ago

A new Nintendo Direct will reportedly be held next week, as Giant...
25 mins ago

Given our general reliance on something called “food” you’d think the issue...
53 mins ago

Kramatorsk, Ukraine CNN  —  A fresh barrage of missiles ripped through the...
59 mins ago