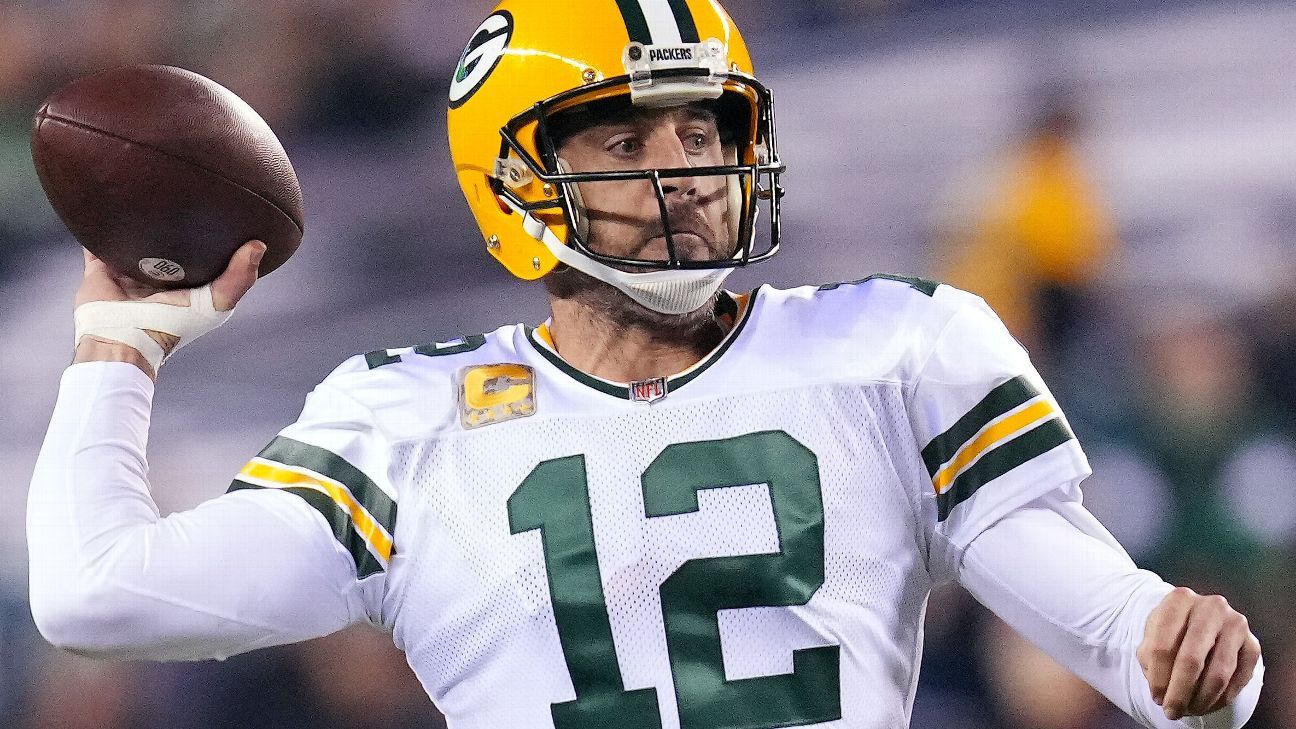 PHILADELPHIA — Aaron Rodgers left Sunday night’s loss to the Philadelphia Eagles in the third quarter with what the Green Bay Packers called an oblique injury.

The 38-year-old quarterback appeared to be in some discomfort on the drive just before he jogged to the locker room with several members of the team’s medical staff.

Rodgers had just led a drive that finished with a field goal to cut the Eagles’ lead to 34-23 with 2:03 left in the third quarter.

Earlier this week, Rodgers revealed that the thumb injury he has been playing with since Week 5 is actually a broken bone. But he had no sign of any injury to his midsection until the second half Sunday. To that point, the Eagles had five quarterback hits on Rodgers, including three sacks. The third sack came on the opening drive of the third quarter. Rodgers played one more series before he went to the locker room for an examination.

Rodgers had completed 11 of 16 passes for 140 yards with two touchdowns before he left the field. He also threw two first-half interceptions for the second time in four weeks. He also had two in the first half of the Week 9 loss at Detroit. It upped his interception total for the season to nine, already the most he’s thrown in a season since 2010 (when he had 11).

Jordan Love, the Packers’ 2020 first-round pick and possible heir apparent to Rodgers, entered the game with 11:11 left in the fourth quarter and the Packers trailing 37-23 and promptly threw a 63-yard, catch-and-run touchdown with 9:00 left make it a one-score game.

Love finished 6-of-9 passing for 113 yards and the score in the 40-33 loss. Both of his possessions resulted in points for Green Bay.

Growing up in Mexico City, Pamela Valdes says she was a bullied...
20 mins ago

Growing up in Mexico City, Pamela Valdes says she was a bullied...
20 mins ago

WWE 2K23 is the follow-up to last year's successful relaunch of the...
23 mins ago

CD Projekt Red has rolled out a new patch for The Witcher...
28 mins ago