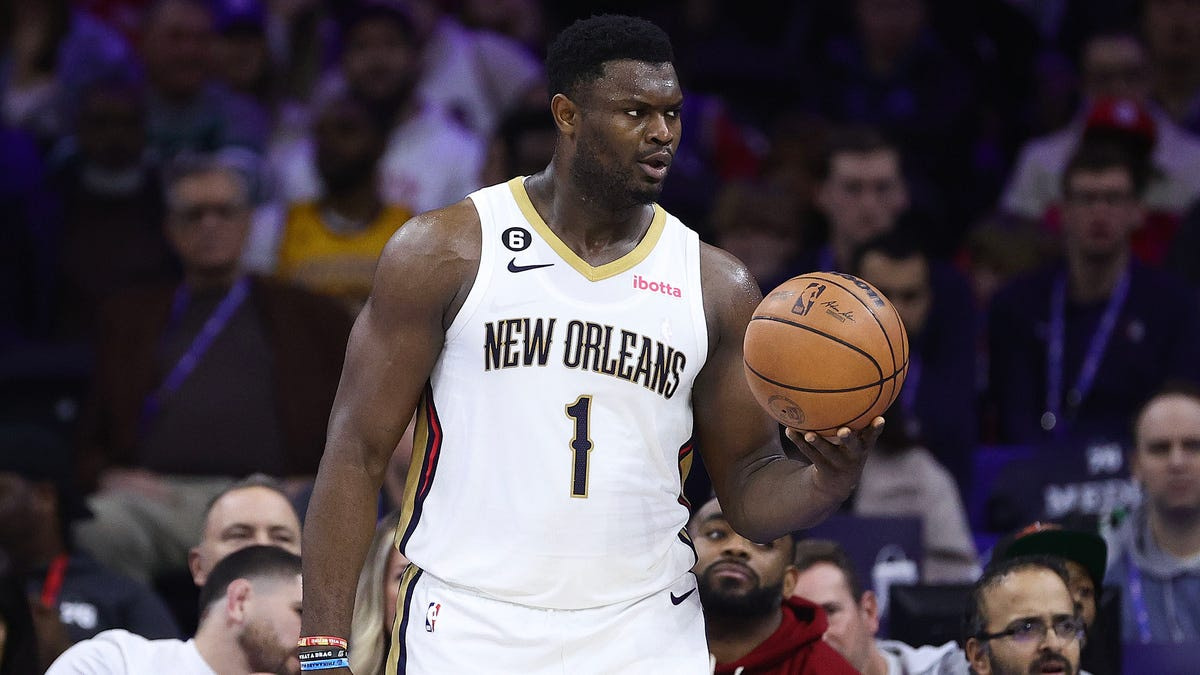 The New Orleans Pelicans announced star forward Zion Williamson won’t be suiting up for them for quite some time because he is dealing with a hamstring strain.

The team said Williamson is being shut down for three weeks before being reevaluated.

Williamson was injured Monday night against the Philadelphia 76ers. The Duke product appeared to feel something as the Pelicans were breaking out of a Joel Embiid missed shot.

Williamson caught the rebound from the miss, and when he crossed half court, it was clear something wasn’t right. He gave the ball to Dyson Daniels and grabbed at his leg.

Jonas Valanciunas ended up intentionally fouling 76ers guard Tyrese Maxey so Williamson could be checked out of the game late in the third quarter. He never returned.

Williamson had an MRI on Tuesday, and the Pelicans learned the severity of the injury.

This isn’t the first time Williamson has been sidelined this season. He missed two games in October with a lower back and right hip contusion after falling to the floor against the Utah Jazz.

In November, the 2019 first overall selection had to sit out three games with a right foot contusion. Houston Rockets center Usman Garuba stepped on Williamson’s foot during a game while Williamson was driving to the basket.

Zion Williamson of the New Orleans Pelicans prepares to shoot a free throw during a game against the Philadelphia 76ers Jan. 2, 2023, at the Wells Fargo Center in Philadelphia.
(Jesse D. Garrabrant/NBAE via Getty Images)

Williamson also missed three games due to health and safety protocols, bringing his total to eight games missed this season.

Injuries have been an issue for Williamson throughout his early career. He missed all of last season due to a foot injury. The Pelicans were hoping to see Williamson improved in his third season after earning his first career All-Star appearance in 2020-21 while averaging 27.0 points, 7.2 rebounds and 3.7 assists per game.

PELICANS’ ZION WILLIAMSON OUT VS. MAVERICKS WITH HIP, LOWER BACK CONTUSION

Williamson is having himself a fine season, averaging 26 points, 7 rebounds and 4.6 assists per game. He’s also shooting 60.8% from the field.

With Williamson out, the Pelicans are going to have to lean even more on C.J. McCollum for scoring. Forward Brandon Ingram has also been dealing with an injury to a left toe and hasn’t played since Nov. 25. Ingram has been practicing but not fully.

Zion Williamson of the New Orleans Pelicans during the second quarter against the Philadelphia 76ers at Wells Fargo Center Jan. 2, 2023, in Philadelphia.
(Tim Nwachukwu/Getty Images)

PrevPreviousTransgender woman executed in Missouri, believed to be first ever in US; convicted of killing ex-girlfriend in 2003
NextUN Security Council welcomes new members; 2 are first-timersNext
Back to Feed