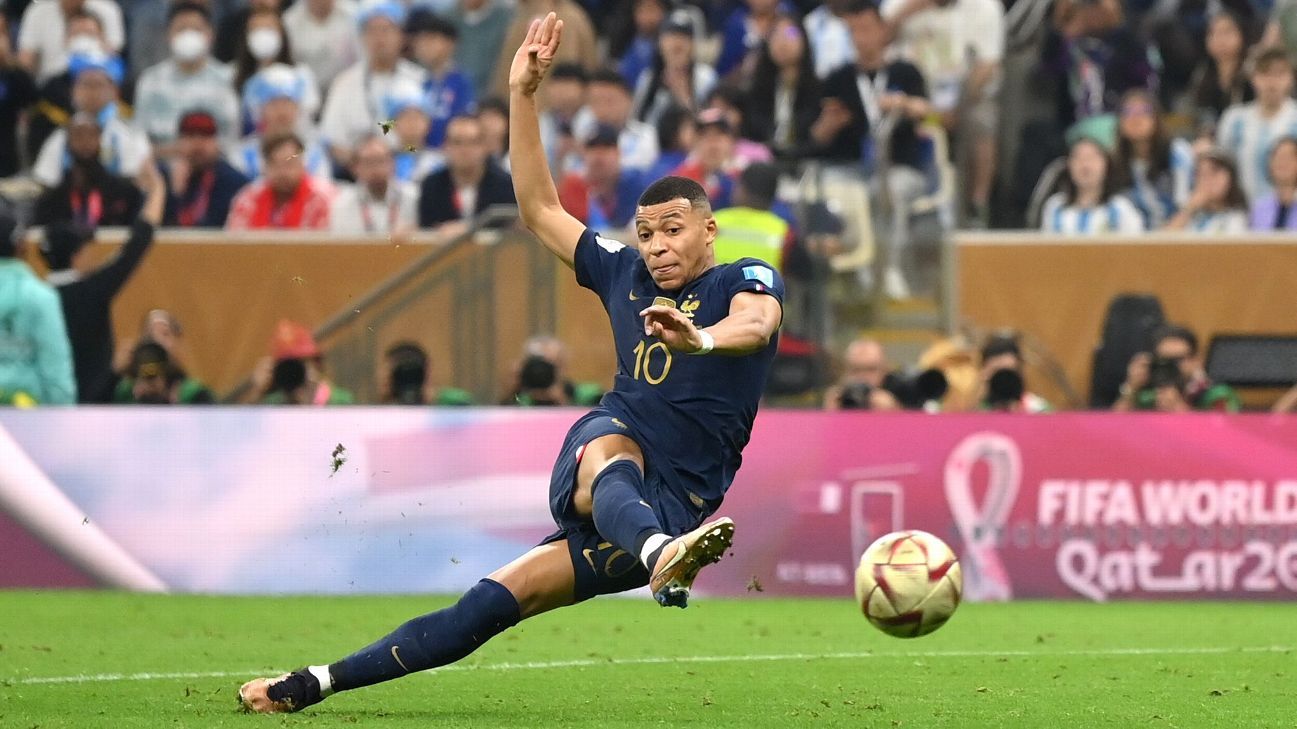 Puskas Award: Mbappe, Richarlison, Russo up for FIFA’s goal of the year prize

The nominees for The Best FIFA Football Awards — the clunkiest-named of all the major individual awards — have been announced and with them the 11 most exceptional goals scored last year that will vie for the 2022 Puskas Award.

The shortlist is impressively varied and features a collection of superb strikes scored all across the world in both the men’s and women’s game; from the finals of the FIFA World Cup and the UEFA Women’s Champions League to matches in the AFC Under-23 Asian Cup and the Polish amputee soccer league.

Now forming part of The Best FIFA awards gala, the Puskas Award is bestowed annually to the scorer of the most beautiful goal in a match by anyone, anywhere in the previous calendar year — as long as it is captured on film. An initial public vote whittles the list down to a final three before FIFA’s panel of experts decide on an outright winner.

Here are the nominees for the FIFA Puskás Award ⚽️

Cristiano Ronaldo won the inaugural Puskas Award but has received only one further nomination since, finishing second behind Mohamed Salah in 2018. Meanwhile, Lionel Messi has been nominated a total of seven times since the trophy was established in 2009 but has never managed to better the second place he mustered in 2019 — his most recent appearance on a Puskas shortlist.

The winner of 2021’s Puskas Award was Erik Lamela, who took the plaudits for the outrageous rabona he scored for Tottenham Hotspur against rivals Arsenal during the 2020-21 Premier League season.

Lamela was the second consecutive Spurs player to win the Puskas Award, following Son Heung-Min‘s win in 2020, but alas the North London club will not be able to complete the hat trick as they do not have a goal on the latest shortlist — although one of their players is nominated for a goal scored at the World Cup.

Below, in alphabetical order, are the 11 nominees for the 2022 award, the winner of which will be announced on Feb. 27.

Balotelli ended his season-long stint in the Turkish Super Lig by scoring five goals for Adana Demirspor in a 7-0 drubbing of Goztepe on the final day of the 2021-22 campaign. The fifth was the pick of the bunch as the Italian striker bamboozled his marker with a sequence of eight step-overs before using a cheeky rabona to fire a finish past the beleaguered goalkeeper.

Lyon claimed their eighth UEFA Women’s Champions League title by beating reigning champions Barcelona 3-1 in Turin. The French side took the lead after just six minutes when midfielder Henry seized possession with a slide tackle before thumping an unstoppable shot into the top corner from 30 yards out.

Hernandez has already claimed the Serie A Goal of the Season award with this dynamic solo effort against Atalanta last term. The Rossoneri full-back literally went box to box in a matter of seconds as his rampaging 70-yard sprint took him past three defenders before he capped it off with a calm finish past the opposing goalkeeper.

Kuol opened the scoring for the Olyroos in their AFC U23 Asian Cup group clash with Iraq when he met a deep cross with an extraordinary finish that almost defies categorisation. A flailing limb saw the young forward find the net with an audacious tumbling scorpion-kick backheel volley.

Trailing 2-0 against Lionel Messi’s Argentina with 10 minutes of the 2022 World Cup final remaining, Mbappe dragged France back level with two precious goals in as many minutes: the first an 80th-minute penalty and the second a brilliant volleyed equaliser after a quick exchange of touches with Marcus Thuram. Mbappe then scored another in extra time to seal the Golden Boot, but Les Bleus eventually lost the final on penalties (Mbappe scored his spot kick in the shootout, naturally.)

The Argentine Primera Division was graced by this magnificent first-time effort when Cordoba faced off against Rosario last year. Metilli sprinted to reach a long cross-field pass before connecting with a stunning, leaping volley back across the goal and inside the far post.

Oleksy — who the previous month had represented Poland at the Amputee Football World Cup — lit up this top-tier league game when he met a speculative cross from deep with a stunning acrobatic volley to steer an outrageous finish home from the edge of the area.

With the game goalless, winger Paralluelo wriggled between two defenders with a Cruyff turn, cut inside and put Villarreal ahead with a perfectly judged curling finish from outside the area. Barca were obviously impressed with Paralluelo’s technique as they signed the Spain international just two months later.

Dimitri Payet’s stunning long-range goal for Marseille against PAOK has been voted Europa Conference League Goal of the Tournament in a fan poll.

*The top 10 goals were selected by UEFA’s Technical Observer panel, and then put to a vote. @Heineken | #UECLGOTT | #UECL pic.twitter.com/PDqHLhmNYC

Known for his penchant for the extravagant, Payet added another golazo to his collection when Marseille met PAOK in the quarterfinals of the inaugural UEFA Europa Conference League. His sumptuously arrowed volley, scored direct from a corner, won the competition’s first Goal of the Tournament award.

Voted by you and only you:

🕊🇧🇷 @richarlison97‘s bicycle kick is one for the books and your 🥇 Hyundai Goal Of The Tournament! #HyundaiGOTT2022 | #FIFAWorldCup pic.twitter.com/ZADZr56ds9

Brazil might have seen their 2022 World Cup run end in penalty heartbreak against Croatia in the quarterfinals, but they could at least take solace in Richarlison’s incredible twisting overhead kick against Serbia in the group stage being voted the official Goal of the Tournament by fans worldwide. Who knows, perhaps a Puskas Award also awaits?

The Lionesses succeeded where the England men’s side had failed the previous year and proudly brought football home with their UEFA Women’s Euro 2022 triumph. Russo’s impudent backheel helped propel Sarina Wiegman’s side through to the final with a resounding 4-0 thrashing of Sweden, one of the pre-tournament favourites, in the semis.

PrevPreviousDCU and Matt Reeves’ BatVerse to be Developed as Separate Entities
NextGeorge R.R. Martin Reacts To House Of The Dragon Winning Best Drama At Golden GlobesNext
Back to Feed