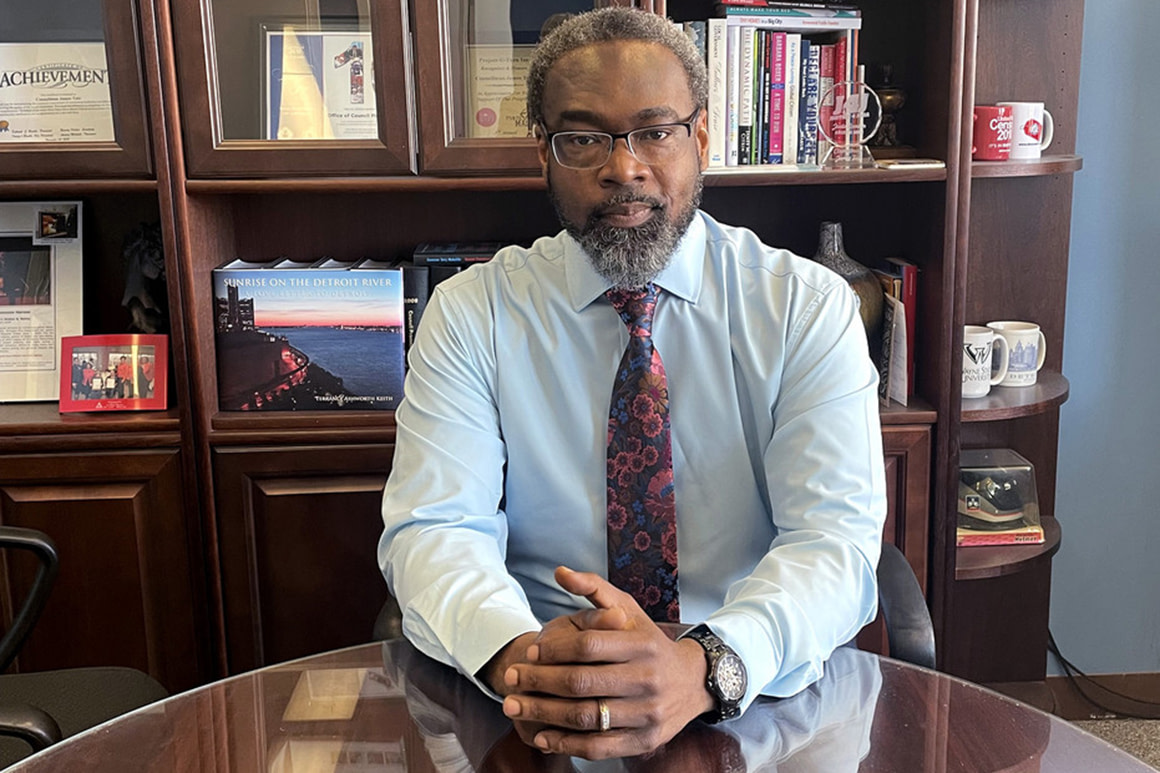 Detroit’s long wait for legal weed is over.

Earlier this month, the city’s first two recreational retail outlets started selling products to anyone at least 21 years old, with dozens more dispensaries and consumption lounges in the pipeline.

The market launch in Michigan’s largest city followed a multi-year legal battle over licensing rules designed to ensure that people harmed by decades of criminal enforcement around the drug are able to benefit from legalization. A pair of recent legal victories in state and federal courts finally cleared the way for the Motor City.

“What we see here is the result of a lot of hard work,” Detroit City Council President Pro Tem James Tate, who has led the process to craft an adult-use ordinance, said in an interview. “Not just hard work from the City of Detroit, but hard work on the hands of the entrepreneurs who did what was necessary to keep the faith amidst all of the lawsuits and rumors and bad feelings that some people were trying to infuse into our process.”

Detroit is hardly alone in struggling to establish a recreational weed market that allows communities that faced disproportionate policing — particularly among Black residents — to reap the potential financial benefits. States and cities as varied as Los Angeles, Illinois and Denver have seen similar efforts struggle due to lawsuits, shoddy implementation or both.

But even with the launch of Detroit’s market, it’s far from guaranteed that the city’s fledgling weed entrepreneurs will find success. They’ll be entering into a highly competitive recreational market that’s seen weed prices plunge over the last two years, imperiling scores of businesses.

Even so, the city’s long-suffering cannabis business owners say they’re ready for the challenge.

“It’s time to put all those folks on notice: Detroit is here,” said Mark Snipes, co-owner of West Coast Meds, one of 33 applicants to obtain an adult-use retail license in the city’s initial round of allocations. “They’ve been eating good while we’ve been [waiting], but now is our time.”

Indeed, Detroit has faced a years-long struggle to launch its adult-use market. The city council originally passed an ordinance authorizing recreational businesses in November 2020. Under that proposal, half of the licenses would be reserved for longtime Detroit residents. The goal was to ensure that the adult-use market reflected the demographics of a city where nearly 80 percent of the population is Black.

But the ordinance prompted a lawsuit from a would-be weed entrepreneur challenging the constitutionality of the residency rules. In June 2021, a federal judge halted the licensing process, after determining that the ordinance “gives an unfair, irrational, and likely unconstitutional advantage to long-term Detroit residents over all other applicants.”

The city then passed a revised ordinance in April 2022, tweaking the rules for which applicants get preferential treatment in the licensing process. That prompted at least three additional lawsuits, in both state and federal courts.

But Detroit’s revised ordinance has so far survived legal scrutiny. Most notably, in December, the same federal judge who halted the previous licensing process declined to issue a temporary restraining order blocking the city from moving forward under the new regulations.

That essentially cleared the way for Detroit to start greenlighting recreational weed shops and consumption lounges.

Detroit issued the initial round of 33 licenses just one day after the ruling, including to 20 applicants who qualify for social equity status. Of those, 13 had also received state licenses as of Wednesday, but it’s unclear exactly how many of those shops are open for recreational sales. A second round of licensing is expected by the end of the first quarter of this year, with the city ultimately slated to issue 160 adult-use licenses for retail outlets, consumption lounges and micro-businesses.

“We do see that it is more reflective of the City of Detroit,” Tate said of the initial round of licensing. “We want to make sure that we truly evaluate and analyze what this industry can and will do for the city of Detroit.”

The city’s legal battles aren’t over. The federal lawsuit remains alive, and there’s an appeal pending in a case moving through state court. But many legal observers believe the city is likely to prevail given its initial victories in these cases.

The city’s surrounding suburbs have sprouted dozens of weed shops in the years since Detroit started trying to launch its market, many offering delivery into the Motor City. For instance, Hamtramck, a city of 28,000 residents entirely surrounded by Detroit, has four licensed recreational dispensaries.

Finally, Michigan cannabis companies are facing a glut of product, with the cost of an ounce of cannabis flower falling from nearly $400 to less than $100 over the last two years, making it particularly challenging for businesses to turn a profit.

But market boosters hope that opening up the state’s largest city to all adult customers will expand the overall market and help diminish illicit sales that continue to thrive in Michigan. Currently, just under 10 percent of the state’s municipalities allow adult-use businesses to operate, although those are disproportionately small towns and cities.

“Anytime we can have an expanded municipality placement, whether it’s Detroit or any of these other municipalities that are starting to come online in the state, it’s a positive for Michigan,” said Shelly Edgerton, chair of the Michigan Cannabis Manufacturers Association. “That will help with saturation and growth.”

Jay Snipes and her husband Mark opened West Coast Meds on the city’s West Side in October 2021, but they’ve been limited to selling to medical customers. Their business is among the applicants awarded an adult-use retail license by the city. They’re still waiting for approval from state regulators, but have tentatively set Feb. 3 as the date to launch recreational sales.

“It felt like we got over a huge hurdle that we have been fighting for,” Jay said of obtaining an adult-use license from the city. “I know it’s probably many hurdles to come, but that felt like the biggest one we’ve been faced with thus far. So it was a huge victory.”

House of Dank is another of the initial recreational retail licensees. At one time, the company had four medical dispensaries in Detroit. But after seeing sales decimated by neighboring recreational retailers, just two of those outlets remain in business. And even those shops have seen business spiral by about 70 percent, according to Michael DiLaura, House of Dank’s chief corporate officer.

“It’s been really bad — really, really bad,” DiLaura said. “We feel blessed we were able to hang on with two of our stores.”

Both those outlets are now licensed to sell to anyone at least 21 years old. The initial ramp-up in business has been slow, DiLaura said, but appears to be steadily growing.

“There’s no question that today is exponentially the busiest day we’ve had since launching rec only a week ago,” DiLaura said, speaking on Friday afternoon from the House of Dank outlet on the city’s east side. “I am looking up at my security cameras, and I see a packed lobby in a Detroit store for the first time in a really long time. So it feels great.”