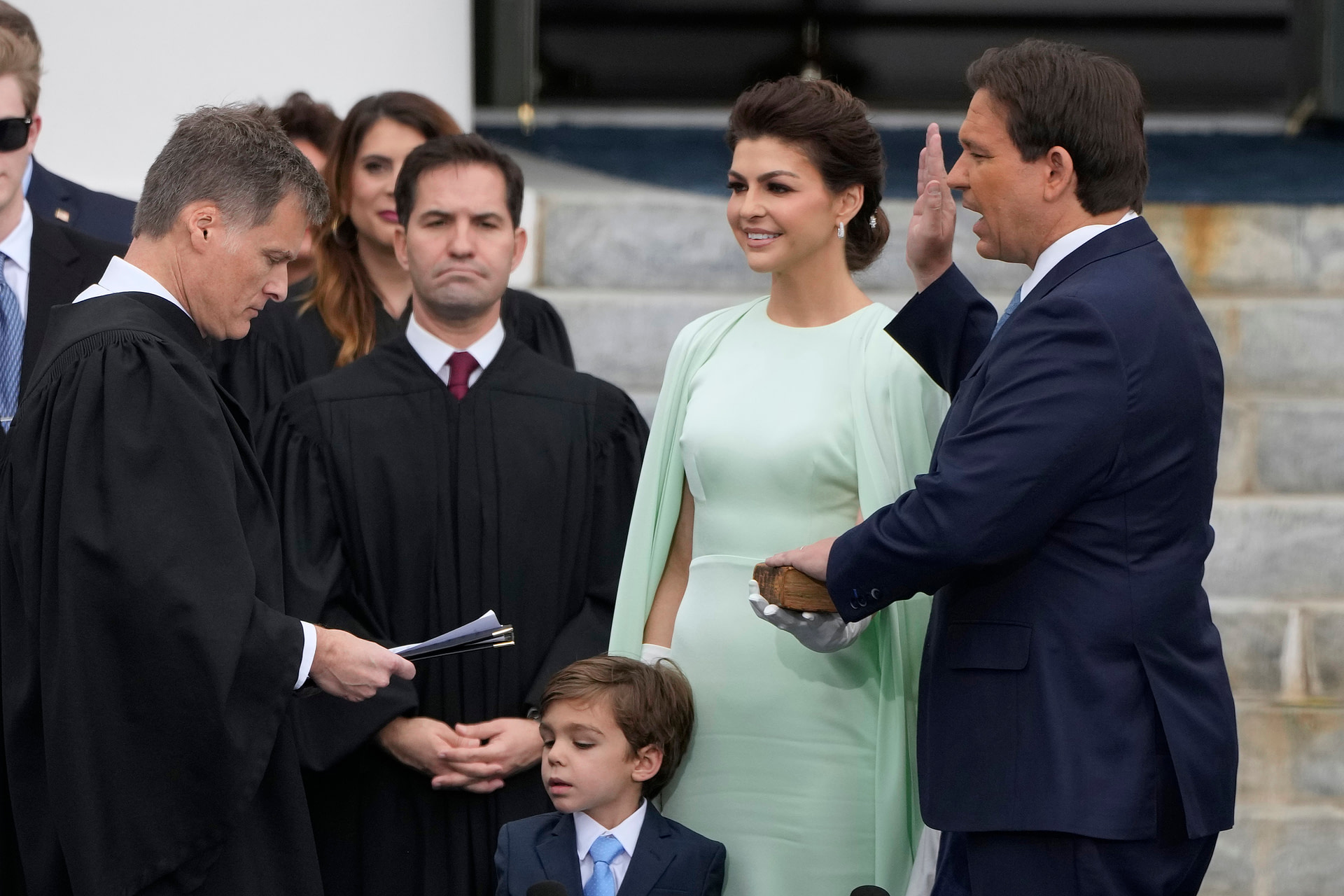 Ron DeSantis inaugurated for a second term as Florida governor

Ron DeSantis was inaugurated for a second term as Florida governor on Tuesday, amid his rise as the leading potential alternative to former President Donald Trump in the 2024 Republican presidential primary.

DeSantis spoke for roughly 15 minutes after being sworn in, making no mention of a potential presidential bid but positioning his administration as the bulwark against Democratic leadership at the state and federal level.

“Now it’s often said that our federalist constitutional system with 50 states able to pursue their own unique policies represents a laboratory of democracy,” he said. “Well, these last few years have witnessed a great test of governing philosophies, as many jurisdictions pursued a much different path than we have pursued here in the state of Florida.”

DeSantis talked up his administration’s agenda from his first term, promoting his handling of the pandemic, education reforms and boosts to law enforcement while criticizing Democratic actions on all three fronts and labeling his state as the place where “woke goes to die.”

“Florida is proof positive that We the People are not destined for failure,” he said.

Early surveys of the potential 2024 Republican presidential field — which, so far, officially includes only Trump — shows DeSantis as his leading rival, with some surveys even showing the Florida governor with an edge. Trump has bristled at the governor’s rise, deriding DeSantis publicly and promoting polls that show the former president in the lead. DeSantis has not publicly countered Trump, nor has he made any public acknowledgment of interest in a presidential bid.

At a gathering of the Republican Governors Association in November, shortly after DeSantis’ commanding re-election victory, Republicans who spoke with NBC News suggested it was a matter of when, not if, the governor would launch a 2024 bid.

Allan Smith is a political reporter for NBC News.

1:46 PM ETSan Francisco 49ers running back Elijah Mitchell is inactive for...
33 mins ago

Editor’s Note: Lynda Lin Grigsby is a journalist and editor who has...
44 mins ago