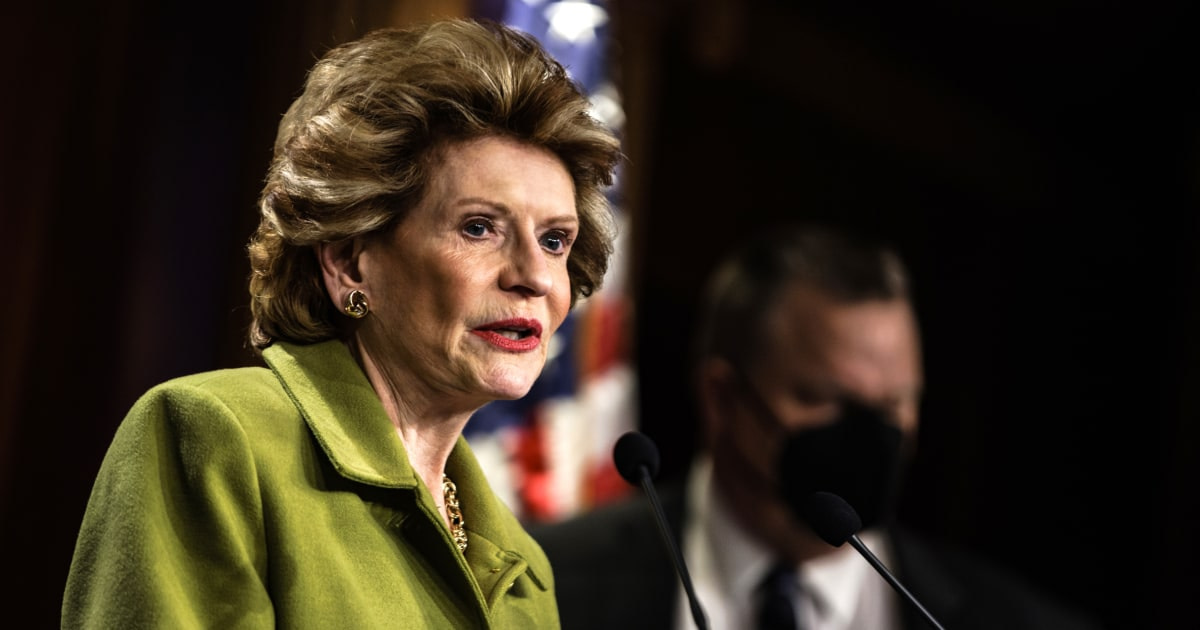 WASHINGTON — Sen. Debbie Stabenow, D-Mich., announced Thursday that she won’t seek re-election in 2024, setting the stage for a competitive Senate race in a key battleground state during a presidential election year.

In a statement, Stabenow, 72, said she’s been “inspired by a new generation of leaders” to “pass the torch in the U.S. Senate.” She said she will fulfill her current six-year term through Jan. 3, 2025.

She noted she blazed trails by “being the ‘first’ woman to reach historic milestones as an elected official, including the honor of being the first woman from Michigan elected to the U.S. Senate. But I have always believed it’s not enough to be the ‘first’ unless there is a ‘second’ and a ‘third’…”

For the next two years, she said she will be intensely focused on continuing her work representing Michiganders including shepherding the next five-year farm bill.

As for life after Congress, Stabenow said, “When my term ends, I intend to begin a new chapter in my life that includes continuing to serve our State outside of elected office while spending precious time with my amazing 96-year-old mom and my wonderful family.”

Stabenow’s retirement opens the seat up for a deep Democratic bench in Michigan. Democrats, including Gov. Gretchen Whitmer, were re-elected to several statewide offices in November. Others whose names will be in the mix: Lt. Gov. Garlin Gilchrist, Secretary of State Jocelyn Benson, Attorney General Dana Nessel and state Sen. Mallory McMorrow, who gained a national following last year after going viral with her pushback against anti-LGBTQ rhetoric. Democratic U.S. Reps. Elissa Slotkin and Haley Stevens also could be eyeing promotions.

Early speculation is also likely to focus intensely on U.S. Transportation Secretary Pete Buttigieg, the former mayor of South Bend, Indiana, who moved to Michigan in July after his unsuccessful 2020 presidential campaign. Buttigieg’s advisers have long downplayed the significance of his newly established residency, noting that the secretary’s in-laws live in the state and that he and his husband wanted to be close to family as they raised their children.

On the Republican side, Rep.-elect John James, who lost to Stabenow in 2018 and won a House seat in November, is likely to be mentioned as a prospect, as are other Republicans in the state’s legislature and congressional delegation. Tudor Dixon, who lost to Whitmer in last year’s race for governor, could be another possibility, along with other far-right Republicans who failed in their attempts to win statewide office in 2022.

Stabenow has served in the Senate since 2001 and previously served in the House from 1997 until her career began in the upper chamber. Before coming to Congress, she also served in both the Michigan House and Senate.

She has served alongside Sen. Gary Peters, D-Mich., since he came to Congress in 2015.

Stabenow is among 21 Senate Democrats whose terms expire in 2025. Democrats face an uphill climb to hold onto the majority in the next election.

Rebecca Shabad is a politics reporter for NBC News based in Washington.

PrevPreviousMarvel Movies On Disney Plus Are Getting Better This Year
NextDamar Hamlin’s father addresses entire Bills team, Buffalo to practice for first time since collapseNext
Back to Feed

Are you excited for any of the dozens of high-profile video game...
21 mins ago