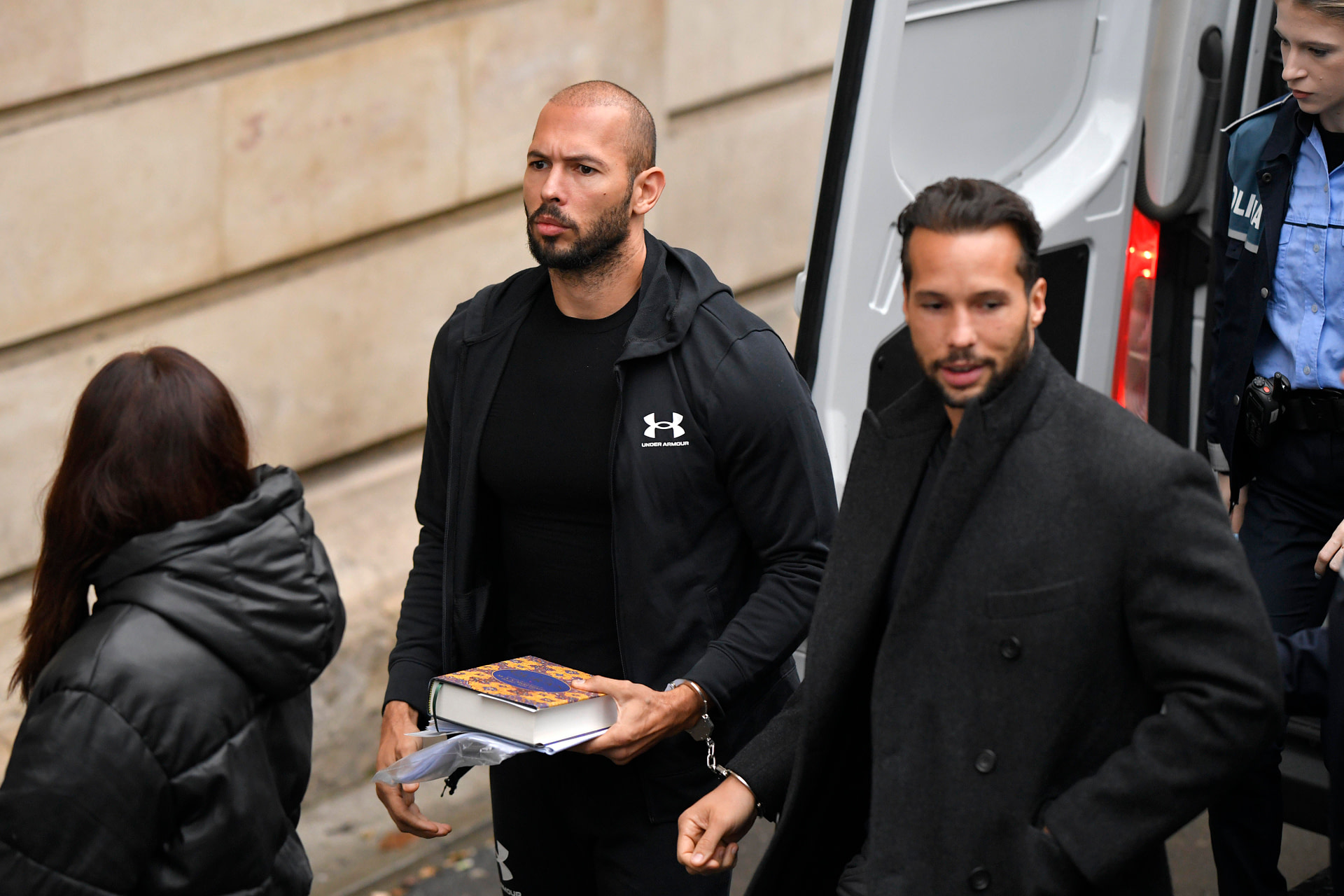 Ramona Bolla, spokesperson for the agency, DIICOT, said searches are taking place in the counties of Bucharest, Ilfov, and Prahova “in order to obtain further evidence.”

Tate, 36, a British-U.S. citizen who has 4.5 million followers on Twitter, was detained on Dec. 29. in Romania’s capital, Bucharest, on charges of being part of an organized crime group, human trafficking, and rape. His brother, Tristan, and two Romanian women were also arrested.

On Tuesday, a court upheld a judge’s Dec. 30 move to extend their arrest from 24 hours to 30 days.

Thursday’s searches come a day after Tate lost a second appeal this week at a Bucharest court, where he challenged the seizure of assets by prosecutors in the late December raids, including properties, land, and a fleet of luxury cars. More than 10 properties and land owned by companies registered to the Tate brothers have also been seized so far.

Bolla said that the court “decided that the seizures are legal and (that) the goods remain at our disposal.” If they can prove the Tates made money through human trafficking, the assets could be used to cover the expenses of the investigation and compensation for victims, she said.

DIICOT says it has identified six victims in the human trafficking case who were subjected to “acts of physical violence and mental coercion” and were sexually exploited by the members of the alleged crime group.

The agency said victims were lured by pretenses of love, and later intimidated, kept under surveillance and subjected to other control tactics while being coerced into performing in pornography that was intended to make money for their alleged persecutors.

“We make it clear that during the entire criminal process, the investigated persons benefit from the procedural rights … as well as the presumption of innocence,” DIICOT added in its statement Thursday.

Tate, a former professional kickboxer who has reportedly lived in Romania since 2017, was previously banned from various prominent social media platforms for expressing misogynistic views and hate speech.

PrevPreviousMMA Rank 20-11: Will Sean O’Malley be the next bantamweight title challenger?
NextZoinks! There’s nudity and swearing and stuff in this Velma showNext
Back to Feed

CNN  —  The deep-pocketed network associated with billionaire Charles Koch is preparing...
53 mins ago