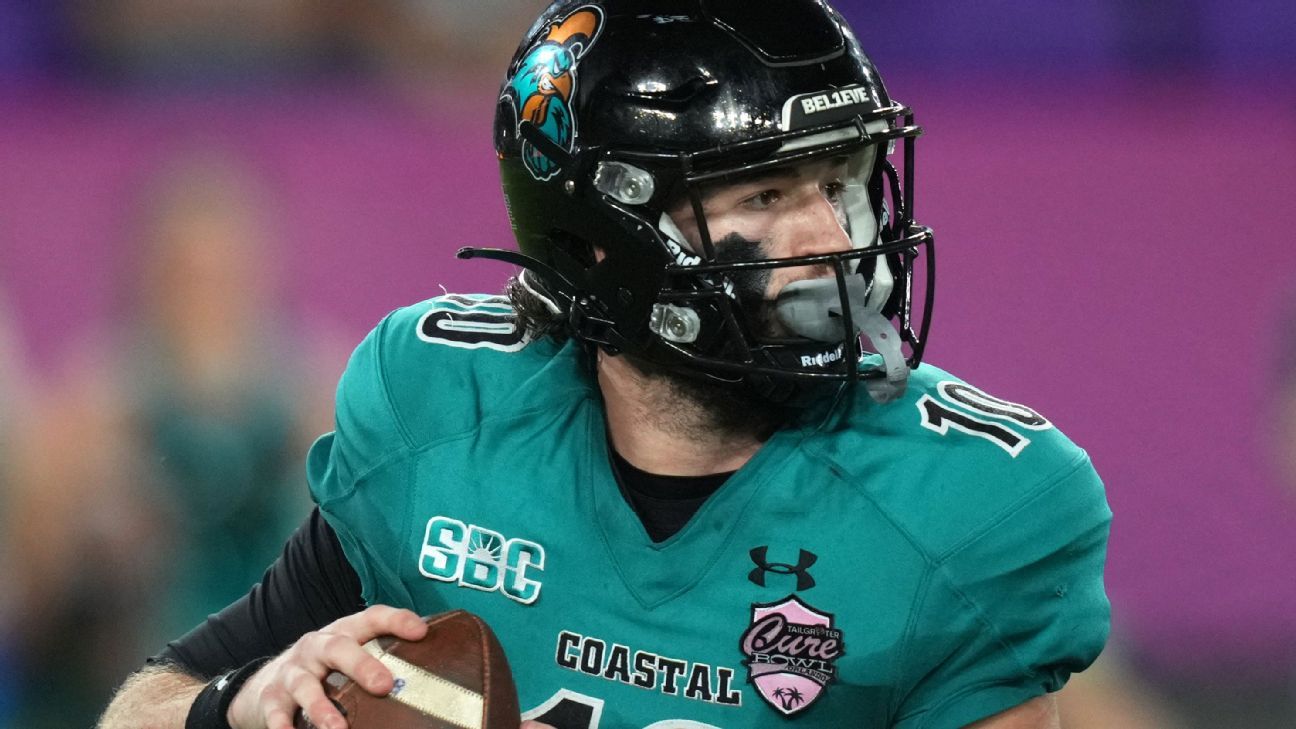 In a big recruiting win for new Coastal Carolina coach Tim Beck, quarterback Grayson McCall has withdrawn his name from the transfer portal, a source told ESPN on Sunday.

McCall entered his name in the portal on Dec. 12, which allowed coaches from other programs to communicate with him about joining their team. Former Coastal Carolina coach Jamey Chadwell left earlier last month to take the same position at Liberty, helping to spark McCall’s decision to enter the portal.

The junior quarterback has been an integral part of Coastal Carolina’s success over the past few seasons. He threw for 2,700 yards, 24 touchdowns and two interceptions this season while completing 69.7% of his passes. He also added six rushing touchdowns and was named the 2022 Sun Belt Conference Player of the Year.

Throughout his career, McCall has thrown for 8,086 yards, 78 touchdowns and eight interceptions, while completing 71% of his passes.

Beck arrived from NC State, where he was the offensive coordinator and quarterbacks coach. With McCall withdrawing his name from the portal, it’s one fewer position Beck will have to worry about for next season, as the other quarterbacks on the roster are redshirt freshmen and have very little experience.

Are you excited for any of the dozens of high-profile video game...
29 mins ago

8:10 AM ETESPN News Services Colorado State issued a public apology to...
52 mins ago