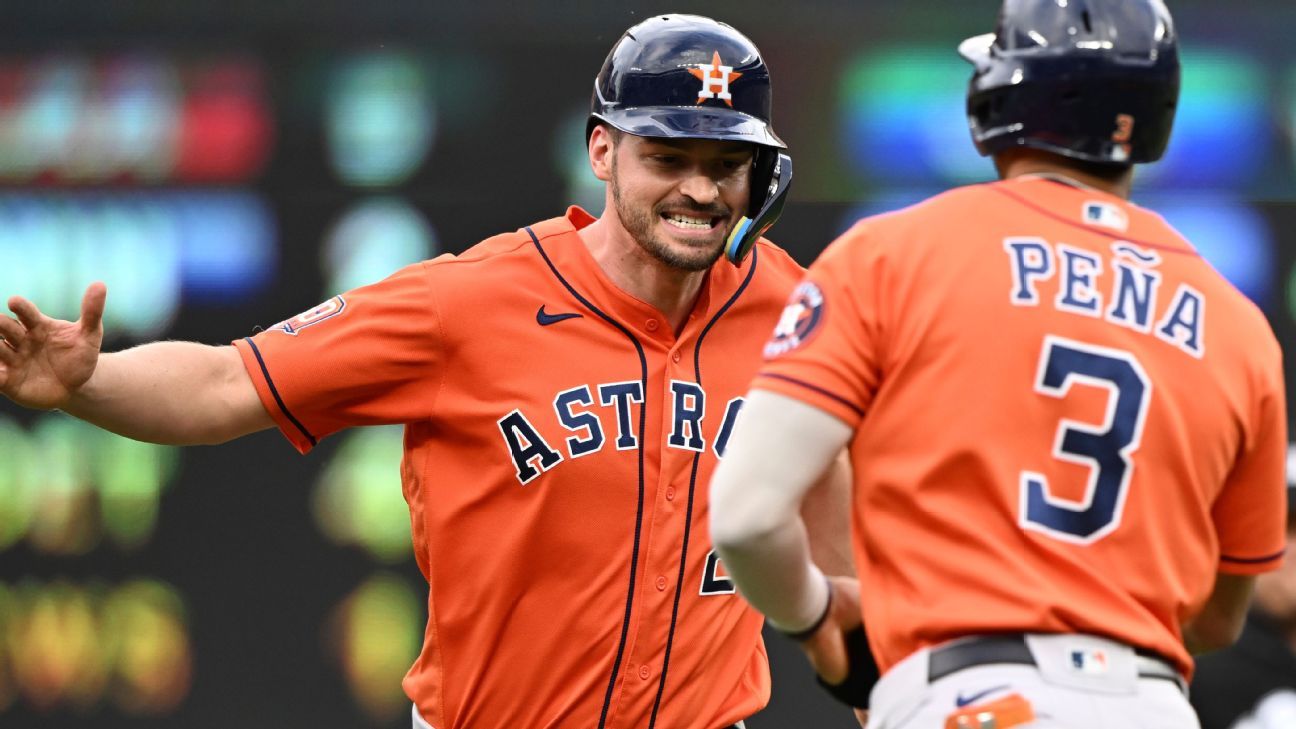 CHICAGO — Free agent first baseman Trey Mancini is in agreement with the Chicago Cubs on a two-year deal which includes an opt out clause after the first season, sources told ESPN on Saturday night.

Mancini, 30, spent his entire career with the Baltimore Orioles before being traded last summer to the Houston Astros, where he played a part-time role in their run to the World Series title.

He struggled with the Astros, hitting just .176 in 165 regular season at-bats. He hit 18 home runs split between the two teams and made a key defensive play at first for the Astros during the World Series.

On Nov. 9, less than a week removed from winning the title, the Astros declined a $10 million option on Mancini in favor of a $250,000 buyout. Across the regular season with the Orioles and Astros, he hit .239 with 18 home runs and 63 RBIs.

Mancini is likely to see time at first base as well as designated hitter after the Cubs signed lefty Eric Hosmer this week. The move also means slugging first base prospect Matt Mervis is likely to start the season at Triple-A Iowa.

A six-year veteran, Mancini became an inspirational figure in baseball after being diagnosed with colon cancer in 2020. He returned to the diamond in 2021 and then helped the Orioles contend for a playoff berth in 2022 before being traded.