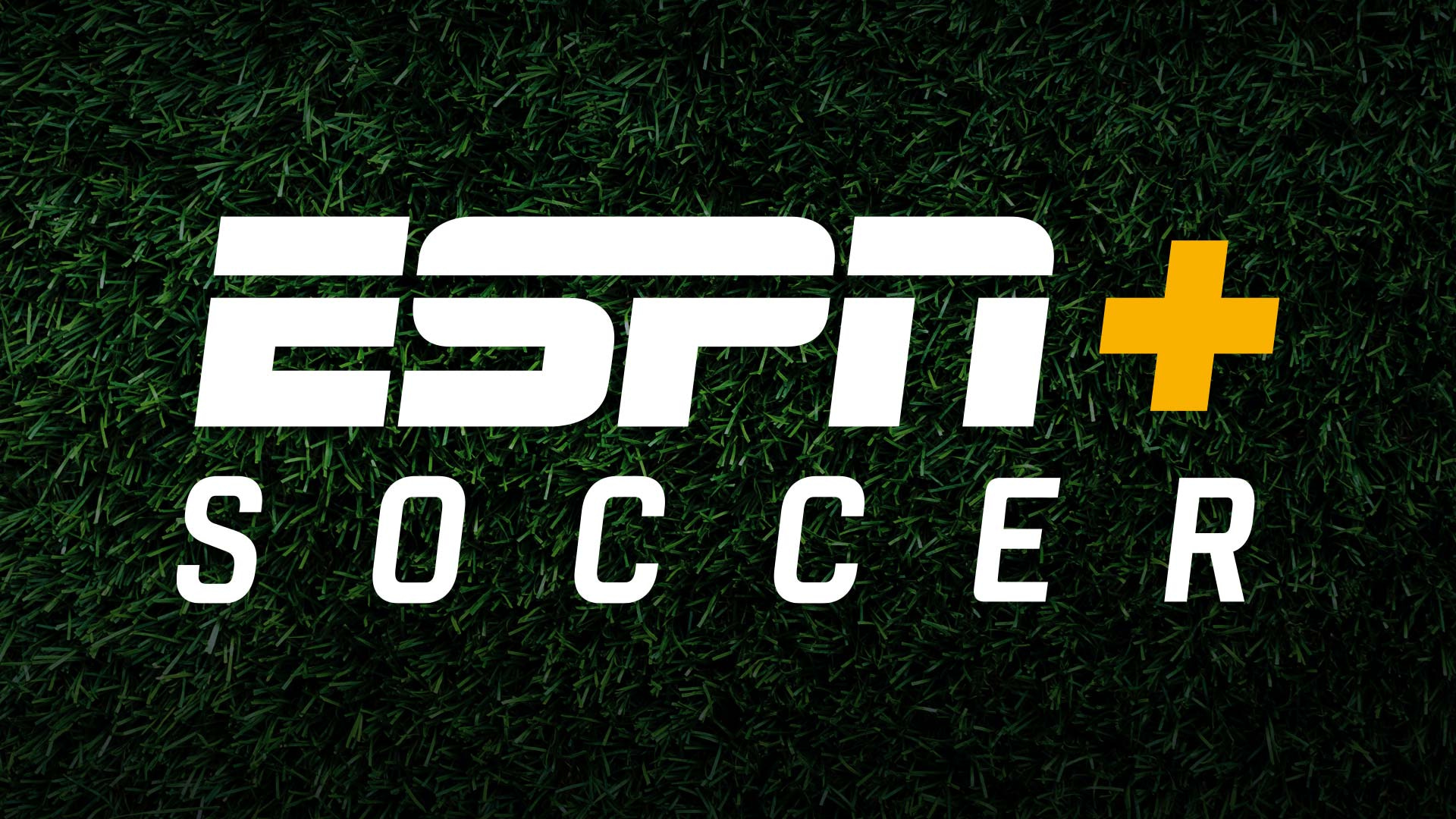 This is an unashamed love letter to Spain’s Copa del Rey which picks up speed with the round of 32 this week and which, if not for you and I sending it some amor, will be subconsciously tainted in the media with stock phrases like “gruelling,” “squad-rotation,” “cold, inhospitable stadium” and “embarrassing elimination.”

The truth is that the Copa is a shimmering, tantalising, beautiful shock-fest of a competition which, like delicate flowers and buds on trees, determinedly rouses itself around this time each year to haul us through brutal winter and into spring.

Real Madrid and Barcelona play this week — each tremulously venturing away from home against miniscule, impoverished, third division opposition who the big boys are praying don’t have sharp teeth to go with the snarl. But this column is definitively not simply an homage to either David slaying Goliath or the imperious crushing the little guys. Not at all.

This gorgeous knockout competition has seen 11 different winners in the last 20 years. The English FA Cup, for all its hoopla and determined cheerleaders, has to go back a jaw-dropping 34 years in order to turn up the same number of distinct champions. In fact, since 2002, 16 different clubs have reached Copa del Rey finals staged in nine different stadia across Spain. Those grand finales have been attended by over 1.2m fans who’ve been thrilled by 66 goals in the showpiece events (an average of over three goals per game.) Now that’s entertainment!

What? You don’t remember Mallorca, Zaragoza and Espanyol winning the King’s Cup and their captains (Miguel Angel Nadal, Luis Cuartero and Raul Tamudo) lifting this 33lb, two-and-a-half foot tall mega-trophy aloft? Or Recreativo, Osasuna, Getafe and Alaves muscling their way to the final but losing?

On the theme of diversity, and constant surprises, the Copa has been won by 17 different managers over those last 20 years, fuelled by the fact that only one coach, Luis Enrique Martinez, won it consecutively (Barcelona, 2015-2017.) Across the two decades only one other man, Ronald Koeman, even won the Copa del Rey twice as a manager (Valencia 2007; Barcelona 2021.)

We live in an age when some grow weary of “super-clubs” lavishing money to sign excellence and thus narrowing the breadth of who wins the domestic title in England, Germany, Spain, France or Italy. Ditto the Champions League. By comparison, Spain’s knockout competition refuses to get in line. This is the rebel trophy. “Catch me if you can… lift me if you dare” it seems to mock LaLiga’s clubs each season.

Shaka Hislop says LaLiga chief Javier Tebas “has to do better” after his response to Vinícius Junior receiving racist taunts during Real Madrid’s 2-0 win at Valladolid.

For a moment, I’ll cater for those whose eyes dote on the big two. On Tuesday, Real Madrid drive three hours west to face third division Club Polideportivo Cacereño (stream live on ESPN+ in U.S. at 3 p.m. ET) Never in their history have the minnows from Caceres been further in the Copa than this and they play in a 7,000 capacity oddity of a stadium which is named after the current King (handy for the Copa del Rey) and has beautiful stained-glass windows at the back of its only stand.

On Wednesday, Barcelona play a club from a small, 23,000 population, suburb of the south-eastern city Alicante (stream live on ESPN+ in U.S. at 3 p.m. ET). CF Intercity, also a tiny outfit in the third division, with a stadium capacity of 2,500, have only existed in this form since 2017 and this is just their second-ever season in the Copa del Rey. (The tie itself is being held at Hercules’ Rico Perez stadium in downtown Alicante.)

Just imagine the delicious thrill for these clubs, their fans, the local inhabitants. Attention, glamour, income and, however much anyone tries to ignore it, just the faintest whiff of a “what if?” And from “what if?” to “who knows?”

Is, perhaps, Real Madrid’s utterly mixed-up relationship with the competition in modern times a big part of what makes the Copa del Rey so open, so tempting for the clubs who, often, feel bruised and intimidated by the might of Los Blancos in full flow?

When the final ends on May 6, it will be nine years since Madrid last lifted the trophy. Right now, we are in a spell where Spain’s most successful club have only won the knockout competition three times in the 30 years since beating Zaragoza 2-0 in Valencia in 1993. That’s a strange anomaly and it’s part of what has stood in the way of Madrid emulating clubs like Manchester United, Barcelona, Celtic, Ajax and Bayern Munich in winning the fabled “Treble” of league, FA Cup and Champions League.

Whether Madrid lose or win this thing it’s almost equally spectacular. Just think about Ronaldo’s gravity-defying header at Mestalla in 2011 to beat Pep Guardiola’s Barca (and deny them a “Treble.”) Or the peach which Gareth Bale scored late in another Clasico final, three years later, when his phenomenal, head-down, ‘I-will-not-be-stopped’ run from off the pitch, around Marc Bartra — then seemingly twice around the stadium and through the car park — saw him net past goalkeeper Jose Pinto. Historic magnificence each time.

But contrast that with, for example, the only Copa del Rey final of the Galactico era when, in 2004, Zinedine Zidane, Raul, Luis Figo, Michel Salgado, Guti and Co. lost to promoted Zaragoza in Barcelona’s Olympic stadium. Roberto Carlos and David Beckham both scored world-class free kicks that night, from so far out they were almost in another postal code, but the team lost 3-2 against a 10-man Zaragoza inspired by a brilliant 22-year-old striker called David Villa.

Or the 2002 Centenariazo — Madrid’s 100th birthday, to the exact day — final in the Santiago Bernabeu against Deportivo La Coruna. It was supposed to be a procession, against a side who had only ever won twice in 60 years at Los Blancos‘ HQ. Ex-Deportivo man Flavio Conceição was in the Madrid squad that night and, prematch on the pitch, naively invited several of his ex-teammates to the banquet and nightclub which had already been booked and paid for in the expectation of a mega-celebration for both Copa win and club Centenary.

Depor, duly incensed and motivated, won 2-1 and their tens of thousands of fans sarcastically sang “Happy Birthday to you” long before the final whistle ended Madrid’s misery. Fair play though: Los Blancos sent their on-ice champagne supplies through to the winners’ dressing room. Class.

So many highlights; so many stories.

Zaragoza thrashing Barcelona (5-4) and Madrid (6-5) on aggregate in the quarterfinal and semifinal before, somehow, losing 4-1 to Espanyol in 2004. Sergio Ramos dropping the cup during Madrid’s victory parade in 2011 and watching it disappear under the front wheels of the double-decker bus. Marcelino not only taking Valencia into the Champions League via their league performances but tormenting Barcelona in a 2-1 Copa win in 2017 — only to be thanked with the sack from Los Che‘s ungrateful owner. In 2013, Atleti somehow ending a 26-match, 14-year curse of not beating Madrid with a 2-1 win, where both Cristiano Ronaldo and Jose Mourinho were sent off, referee Clos Gomez showed 17 cards and the Colchonero fans sang: “Jose must stay!” He didn’t.

Only in the Copa del Rey could Real Sociedad win the first Basque derbi final (against Athletic Club) for 112 years and watch their coach, who is also a fanatical fan of the club, strip off his sports jacket in the postmatch news conference to pull on an old fashioned La Real strip, hoist a scarf above his head and scream Txuri-Urdin chants until his voice cracked.

Because both La Real and Athletic had wanted to beat the COVID-19 pandemic and have fans at the event (a lost cause) they had postponed the 2020 final by a year, meaning that the 2021 showpiece finale took place just two weeks later. That meant extra schadenfreude joy for Real Sociedad fans as, while their team couldn’t retain the trophy, rivals Athletic lost their second final in 14 days, this time 4-0 to Barcelona. Only in the Copa, I tell you.

Spain, like every other elite nation, is about to be drenched in soccer from now till June. The Supercopa, the Club World Cup, Champions League, Europa League, international matches under a new coach, and more LaLiga games than you can throw a stick at. But please, I beg you: Blow a kiss and keep a special place in your heart for this country’s idiosyncratic, unpredictable, thrill-packed, loveable Copa del Rey. It’ll love you back.